Instagram is the latest network to announce it will be testing out a new timeline system that shows users’ posts based on what it thinks they want to see, rather than what they actually want to see, because obviously it knows them better than they know themselves.

Of course I’m being slightly facetious here, because when am I ever not? But it does seem like the trend towards algorithmic timelines on social media completely goes against the desires of the users.

And forget about monetisation or anything else. If your users aren’t happy you simply don’t have a viable long-term business, as Twitter is beginning to realise.

The reactions so far…

Please don’t take my word for it (or anything for that matter) – people are genuinely pissed off about this move.

Here are some of my favourite reactions so far…

I dislike all social media being turned into a popularity contest. Instagram’s new algorithm based timeline will do just that

Somebody actually started a petition about it. I mean I can see why people are annoyed but even I’m not that sad… (am I?)

Oh boo, @instagram is shifting from a chronological feed to an algorithmic feed, like FB. Here’s a petition about it https://t.co/aVA93Fomph

1. It makes brands pay, but at the expense of the user

Instagram can claim it’s doing this for the users all it wants, but those of us working in this industry know full well it is all about improving the site’s ad business.

As with Facebook, the majority of brands will now have to pay if they want a good chance of being seen.

The likes of Go-Pro or National Geographic are likely not to suffer too much as a result of the change, but others will definitely be forced into a situation where the only way to maintain their current performance on the site will be to pay for ads.

This is fine, in principle. If your content is genuinely interesting your reward will be having it seen by people with less ad investment needed. Seems fair enough.

Except it’s not fair enough, because in order for Instagram to squeeze more ad money out of brands in this way it is shoe-horning in a change that the majority of users simply do not want.

No seriously, the clue is right there in the name: Insta. As in: instant.

And this is the same point I and many other made about Twitter when it announced a similar update a couple of months back.

A massive part of the appeal on Instagram and other social media sites is the real-time nature of the content. You can scroll through your feed and discover things you wouldn’t necessarily have seen otherwise.

Destroying that element seems utterly backwards given that it was such a big contributor to Instagram’s success in the first place.

But why do they have to be the same? I would much prefer Instagram to retain its own identity because it is a completely different network with its own unique demographic of users.

And while Facebook might be doing well now, it doesn’t wash with the younger generation, and they will ultimately play a huge part in which social media remain relevant and which become the next MySpace.

It therefore hardly seems a good time to make a social media site more like Facebook and less like the real-time nature of Snapchat et al. I have made this argument time and time again (this is the third time in this post alone), but social media sites need to learn that users must come first and advertisers second.

Yes, you need to make money, but without users you literally have nothing, and though I’m sure many have tried even the shrewdest businessperson would struggle to monetise nothing.

So my message to Instagram is this: keep your own identity, don’t become an image-based Facebook, and for God’s sake think of the balance between profit and UX.

Short term gains of the former will not negate the damage to your business if you don’t think hard enough about the latter.

Are you in favour of Instagram’s new algorithmic timeline or against, and how will it impact the way you market on the site? Let me know in the comments below. 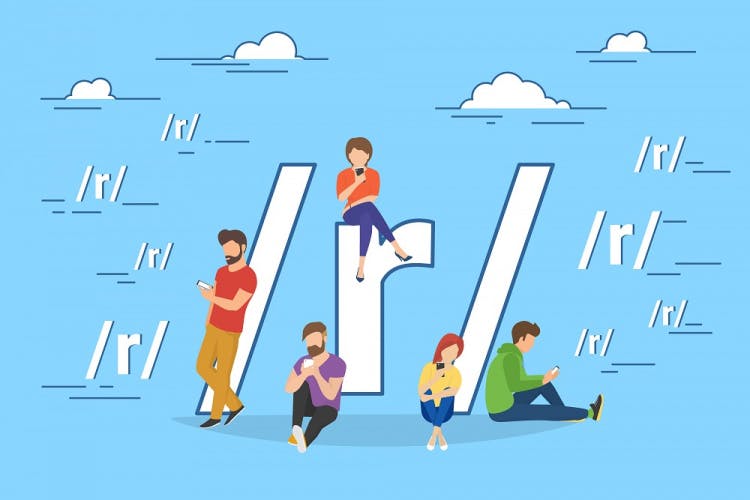 You’d be forgiven for being frightened of marketing on Reddit. It’s a goldmine for users but a minefield for anyone even hinting at self-promotion.  Yet despite the risks, some marketers have managed to pull it off. In this post I’m going to cover five brands that have overcome the obstacles and achieved some positive results […]