In the newsrooms I grew up in, you’d have been escorted to the nearest exit for using buzzwords such as ‘test and learn’ or ‘minimum viable product’. The banter was a little more NSF (most) W than that. Yet agile production is exactly what we were doing.

Every single day or week or month we’d make a new product, hopefully slightly better than the last one, using insights about what worked and what didn’t in the previous edition, whether that was from sales figures, online pageviews or the number of angry letters written in green ink we’d received.

At their best, newsrooms are small, multi-disciplinary teams empowered to make decisions quickly. It wasn’t unusual to wake up with a story idea, go to work, execute the idea and for the content to go live that same day. The need to metronomically hit deadlines was a blessing rather than a curse because it created an acceptance that a good enough live product is better than a perfect one that missed its slot at the printers.

When I first made the move into creating content on behalf of brands, the process couldn’t have been more different. It took ages to get an idea signed off, even longer to get a brief agreed, and then just when you thought you were about to go live with it, something would change: a strategic priority would be put on ice, or a new stakeholder would be asked for feedback and take a radically different view on how the content should be executed.

By the time something went live – if it even went live at all – the moment had passed, and rather than its existence being something we could learn from, performance evaluation became little more than a backside covering exercise.

Meanwhile, colleagues working on tech projects kept talking about this thing called agility. It all sounded a bit utopian at first, but the more I learnt, the more I realised it was merely a more sophisticated and intricate articulation of what I’d experienced in newsrooms. Its basic principles – working out what customers really want, ensuring testing and learning are built into your processes – are just as applicable to content.

I’ve been thinking about this even more since the champion of business agility, author and entrepreneur Eric Ries recently came into Zone HQ to talk about his new book. The Startup Way reveals how brands of all sizes can use typically start-up experimentation and iteration techniques to transform culture and drive long-term growth.

Ries described how he persuaded managers at General Electric, a 125-year-old company with 300,000 employees, to think like a startup. It was by no means easy – the GE team had prepared a five-year business plan for their new project, plus a revenue forecast for the next 30 years. It was only after Ries got the executives to admit that their assumptions were based on guesses and perceived ‘requirements’ that they were able to change their way of thinking.

When it comes to applying Ries’ principles to content marketing, I don’t just mean creating reactive, newsjacking social posts. I mean ripping up traditional linear processes that end once the monthly KPI report has been delivered, and instead creating a content culture that’s about continually learning what works and doesn’t work, and using those insights to evolve and optimise both the content itself and your content strategy.

That factually inaccurate article on your website you just found that’s got completely out of date advice in it? That doesn’t happen if you’re always in evaluation and optimisation mode. Dot Dash (formerly About.com) has spent the last three years refocusing the bulk of their content team’s effort from creating new content to keeping their content up to date.

That rugby league article that no-one ever looks at? (real example from my newsroom days, sorry rugby league fans) That stops getting published if you have mechanisms to ensure performance insight is fed back into the ideation and briefing stages of new content. Buzzfeed has an entire insight team dedicated to making this happen.

You’ll have a better chance of creating valuable content.

That feature film that you sent an entire crew to the Guatemalan jungle to shoot, which got 200 views on YouTube? You could’ve predicted that if you’d adopted Eric Ries’ ‘minimum viable product’ approach and published the story in 140 (or 280 – insert horrified face emoji here) characters first. Facebook never release a new feature without testing it with a small section of its audience first. Content creators should apply the same principle.

Ultimately, the best content is that which captures human truth and presents it in an emotionally engaging way. The problem with human truth, however, is that it’s always changing. Human evolution is never finished, and nor should our content be.

This quick tip (and template), conceived by Meghan Casey in an article for the Content Marketing Institute, is one of many resources compiled in Econsultancy’s Content Strategy Best Practice Guide. It concerns the creation of a content marketing mission statement. 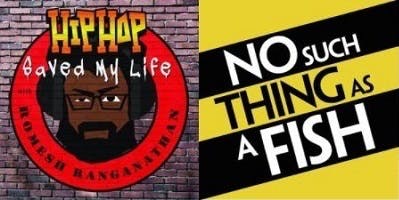 Podcasts have exploded in popularity in the past couple of years. Once a forgotten medium, it’s now a burgeoning market, with the number of monthly listeners steadily growing year on year.

So, what’s behind the boom and what are the opportunities for brands? I recently caught up with Oli Walters, head of Sales at Audioboom, to get his thoughts on the matter.