She also mentions a number of trends applicable to Asia-Pacific as a whole, three of which are summarized below.

1) Businesses in congested Asian cities are ripe for digital disruption

This chart shows the top 10 of congested cities globally. While it highlights cities in India, it’s also notable that five out of the top seven of the world’s most congested cities are in Asia Pacific. What this means for consumers in these cities is that visiting stores and other business premises is a laborious task, often involving hours in traffic jams.

For marketers, this is an opportunity for digital brands to offer services without having to compete with existing, entrenched businesses. Ecommerce is the most obvious example, but brands which offer in-home services such as health care, online finance, and home delivery will do well in an urban environment which discourages out-of-home shopping trips.

are already capitalizing on this trend.

Brands looking to break into these markets could offer in-home or special delivery services to appeal to consumers in the congested cities.

2) Consumers are crazy for on-demand services in Asia Pacific

One of the most noteworthy charts in the whole presentation is the gloal breakdown of the on-demand transportation market. Here we see that China alone consumes more on-demand services than every other country in the world with its apparently insatiable appetite for taxis and bikes.  But what is also interesting is that Southeast Asia, with a total population of around 625 million has more on-demand trips than EMEA (population 2 billion) and, when you include India, rivals the demand in North America.

For those living in Southeast Asia, these figures make sense as on-demand bike and taxi apps have become an essential part of every day life in the region.

Startups in the region are taking advantage of this trend by offering every on-demand service that you can imagine:

Brands who are aiming to be front and centre on consumers’ mobiles in the region could also offer similar, addictive on-demand services.

3) Mobile ad-blocking is on the rise

Finally, global brands must realise that advertising channels in Asia Pacific may not be as open as they are elsewhere. Consumers in the region are now adblocking at rates not seen elsewhere in the world. Indonesia leads adblocking globally with more than half of its mobile users (58%) blocking mobile ads.  India and China also have more than the global average percentage of netizens who block mobile ads as do Pakistan (32%), Singapore (9%), and Malaysia (8%).

While its perhaps a bit too soon to predict the death of mobile advertising in these countries, brands should take note that Asians are sensitive about the cost of their mobile data.  And, because most internet users in the region are on mobile, consumers in Asia-Pacific will be more likely to block mobile digital content which takes up excessive bandwidth.

Best practice is then for brands to develop lightweight web and app content for the region and avoid being seen as a bandwidth hog.

In response to this trend, Baidu, Facebook, Twitter and Line all offer ‘lite’ versions of their apps which download less data than the full version and are optimized to work even on 2G networks. 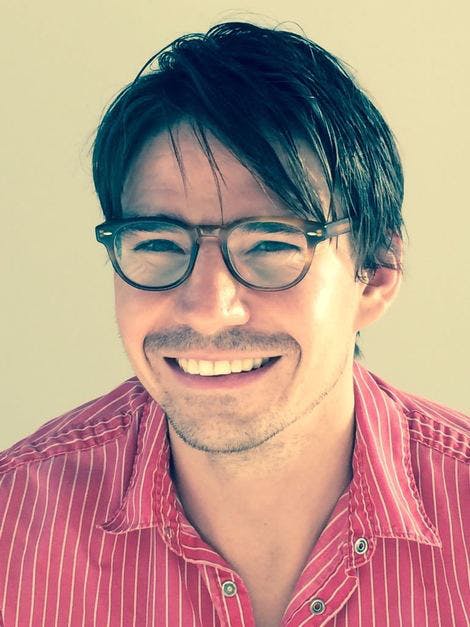 A particularly fascinating Day in The Life this week sees us catch up with a senior data scientist at ASOS.

Ben Chamberlain spends much of his time with machine learning, helping ASOS optimise its website and communications.