This is perhaps unsurprising given the current economic climate plus the substantial losses reported by big retailers in 2018. And as we head further into 2019, the news of Debenhams’ store closures has contributed to even more damning headlines.

The event’s opening talk even posed the question: “Are we in the midst of a ‘retailpocalypse’?”

According to Justin King, the former CEO of Sainsbury’s, however, the answer is no. This is because – looking back on the history of retail in the UK in particular – we are not necessarily in a unique period of change. The likes of Woolworths, Safeway, and C&A prove that big closures do not necessarily mean the high street is dead, but that it is making way for regeneration, with other retailers like Poundland, Lidl, and John Lewis taking over.

Meanwhile, due to innovation being greater, and the pace at which we’ve seen our industry change in the past couple of years far quicker than the previous ten, the stakes are now much higher. Indeed, according to Jacqueline Windsor, a Partner at PwC’s retail strategy practice: “retailers and other players are pulling multiple levers to both stay in the game, but also to win.”

So, what does this involve? Here’s a look at some examples of disruption within the industry, and how retailers are creating the ‘new normal’ for both physical and online retail.

One way retailers and other players are staying relevant is through value partnerships. This is not just in terms of product development, but right across the value chain. Take Asda and its ‘toyou’ service, for example, which allows consumers to return or collect purchases from third party online retailers at Asda stores.

Essentially, the service provides logistics solutions to retailers that compete against Asda and its brands – a concept that even 10 years ago would have seemed counter-productive. However, by continuously innovating in this space, Asda has made toyou a highly valuable part of its own customer experience, enhancing convenience and capturing additional footfall. As Jacqueline Windsor commented: “It is about making logistics a source of differentiation in its own right”

In 2018, Asda launched the UK’s first ever parcel vending machine after Walmart saw a successful trial in the US. The automated and self-service ‘Parcel Tower’ dispenses parcels in less than 60 seconds, saving customers extra time and hassle.

Although locker systems have been around for a while, automation (especially in the context of returns) looks to be the next step. Last year, the Wall Street Journal reported that Zara is also trialling the use of robots to streamline its click-and-collect service – something which often leads to lengthy queues in store. By automating the process, Zara is able to free up time for staff, as well as improve the in-store customer experience.

For successful and established retailers, one way to keep up with the pace of change is to inject a sense of ‘newness’ into the customer experience, in order to give people a reason to visit again and again.

As Jacqueline Windsor explained at RetailExpo, there are a few disruptive models coming down the pipe, with big implications for traditional retailers. “This is because, at the very least, traditional retailers are going to be competing against some of these models, but also because many are adapting to the disruption.”

She cited Ikea as a prime example of a retailer that is looking for a sense of ‘newness’ in order to stay relevant for a target audience.

The reason for doing so appears to be twofold. First, the initiative is an obvious part of its commitment to becoming more environmentally friendly, with rental reducing the amount of furniture that ends up in landfill.

We're so proud to announce that #IKEAGreenwich has achieved an ‘Outstanding’ @BRE_BREEAM certification. It's the first in the UK & only the second retail unit in the world to receive a sustainability rating over 90%. Massive congratulations IKEA Greenwich! https://t.co/h3sIapZ40t pic.twitter.com/VCWRjuRadZ

On the other hand, some have suggested that it could be a way of staying relevant to younger consumers – particularly millennials who are not in a position to buy their own home, and therefore do not want to invest in furniture (even at the affordable price point Ikea typically offers).

By providing a rental option, Ikea is able to target individuals who require furniture for a short period of time. At the same time, it is a way to align with the so-called ‘upgrade’ culture, whereby consumers desire a continuous stream of new products and experiences, rather than long-term ownership.

Ikea is not the only retailer to capitalise on this opportunity. West Elm has also partnered with fashion rental company Rent the Runway to offer the rental of home goods such as cushions, blankets, and rugs. This comes with the recognition that – while home interior is a big interest for many – it also needs to be disposal to a certain extent, with flexibility being a big selling point for millennial customers.

Despite a sea of damning headlines, Windsor insists that “physical retail today is absolutely relevant.” However, the crux of the matter is that “what it looks and feels like has to be different.”

Clearly, consumers are no longer satisfied with stuffy department stores, and instead want something akin to the ‘store of the future’, whereby the physical and digital customer experiences are aligned.

Thanks to disruptors like Neighborhood Goods in the US, physical retail is starting to look very different than it did even just a few years ago. The store – which opened in November in Texas – sells direct-to-consumer brands (like MeUndies and hims) on a rotating basis. This means that customers always have something new to discover, and an in-built reason to come back.

Unsurprisingly, the store focuses on experience, with brand ‘activations’ as they’re called focusing on technology and design. This nod to CX also extends to the store’s inclusion of a communal space for events, as well as a bar and restaurant, to give consumers further incentive to visit and linger.

More than a retail store – we host events to connect brands with their customers (like this one with @Gardenuity), work meetings, and encourage our Neighbors to stay a little longer for a drink or a bite. There's always a spot for you at one of our tables. ❤️

There are other examples of this type of retail concept in existence, with the likes of Story in New York also using a similar business model. However, the immediate popularity of Neighborhood Goods certainly makes it one to watch; it has recently announced plans to open a second store in New York, after raising an additional $8.8 million in seed financing.

So, will this kind of physical store become the ‘new normal’? In an industry that is changing at a rate of knots, the concept of normal doesn’t really exist anymore. But with businesses (from all corners of the industry) upping their game, it certainly means a new standard has been set for retail.

Digital Transformation in the Retail Sector 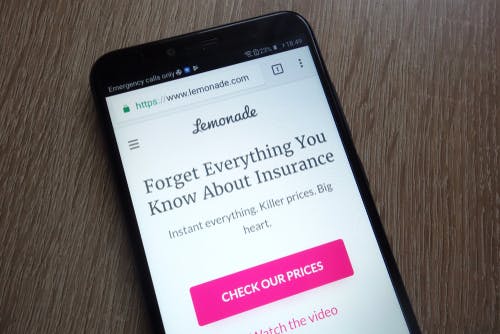 Lemonade, an insurance upstart that offers homeowners and renters insurance policies in 23 US states, recently raised $300m in a funding round that reportedly valued the four year-old company at more than $2bn. Here’s how the fintech insurer successfully broke into an industry dominated by powerful, entrenched firms. A radically different – and efficient – […] 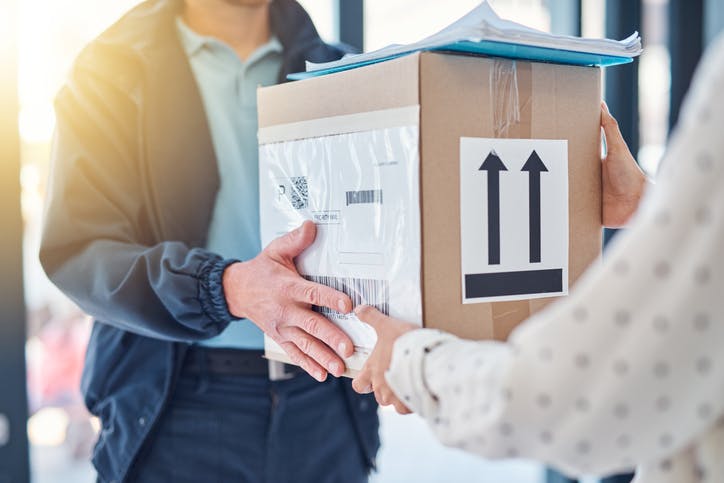 Retailers trying to fend off Amazon could soon face a big new challenge from the online retail behemoth: free one-day delivery for all Prime members.

As an increasing number of staples of the UK’s high streets and shopping centres close branches, lay off employees and outright disappear, many have pondered how brick-and-mortar retailers can revive their fortunes in the age of ecommerce.