One of the speakers at the event was Taavet Hinrikus, CEO of financial services disruptor TransferWise.

In an age of tech startups aiming to disrupt entire industries, Hinrikus had three pieces of advice which apply for any organisation be they disruptor or traditional incumbent:

So what does this advice mean for marketers? Well, one of the research trends that we have observed in recent years is marketers pointing towards customer experience (CX) as a means for creating sustainable competitive advantage.

If that’s the case, then perhaps these three pieces of advice, while perhaps seeming trite, make sense. Let’s examine why.

Sure, marketers need to raise awareness of their organisations products and services, ultimately to convert that awareness into sales.

As important as being financially successful is, organisations should not prioritise profits over customer experience. There are two ways of looking at this.

Firstly, marketers that can optimise customer experiences can start to focus on customer loyalty and advocacy.

This may increase the lifetime value of that customer based on both subsequent purchases and purchases by third parties influenced by that customer advocate. (This can change the entire marketing operation and from driving intention to purchase to focusing on customer experience).

Secondly, companies that put profit before customer experience may be more at risk of being disrupted.

One of the biggest examples of a company that took that approach is the demise of Kodak which filed for bankruptcy in 2012. This sad ‘Kodak moment’ came about largely because the camera brand failed to embrace digital technology.

The company invented the digital camera in the 1970s, but executives sat on the technology for fear of cannibalising its core business of selling films.

Had Kodak made the customer rather than the bottom line its number one priority, would things have been different? We’ll never know. Focus on the customer

Of course Kodak isn’t the only company to have not put the customer at the heart of what they do.

Consider the case of the once mighty Nokia, the first handset manufacturer to release anything with true mass appeal. It made great phones and had a dominant market share until Steve Jobs came along with the iPhone in 2007. Then things changed rather quickly.

According to Hinrikus, customers won’t tell you where your next innovation will come from but they’ll be your northern star.

Until 2007, Nokia stayed ahead of its competitors by creating great hardware, but what Apple did was release something that was as much about the software as the hardware. Some analysts blame the decline of Nokia on its slow realisation of the importance of software, at least in the initial stages.

Hindsight of course is 2020 vision.

Keep asking what if?

Hinrikus suggests that companies need to retain their curiosity and keep asking what if?

I would go one step further to suggest that organisations, led by marketers as the ones closest to the customers, should keep a vigilant eye on the market so that they can evolve rather than revolve, lest their organisations get disrupted in a manner akin to Nokia or Kodak.

This means being willing to take risks, spend on product innovation and conduct continuous real-time market research. It may also mean being open to cannibalising your own business.

One only needs to look to the smartphone and the role of apps to see how whole industries have been or are in the process of being disrupted.

Digital has completely changed the telecommunications sector. Think of the nature of telephony, messaging, social media and instant connectivity.

Skype was founded in 2003 by Niklaus Zennstrröm and Janus Friis and developed in Estonia. Hinrikus worked at Skype from the start as Director of Strategy.

Hinrikus shared a quote by AT&T from around 2004: “What Skype is doing is like a toy. They will realise they can’t scale it, they don’t have a brand like the AT&T brand, and they don’t have the local footprint, which we have. It’s going to be very hard to compete with someone like AT&T.” By October of the same year, the company had 1.5m downloads and 100,000 concurrent users on Skype. Two years later Skype had reached half a billion downloads and had been acquired by eBay.

Nowadays, 40% of long distance calls take place via Skype. It’s still available as a free download but is also available as part of Microsoft’s Office 365 services with added HD video conferencing and other features.

As successful as Skype is, one might even say that Skype hasn’t been as successful as it could have been. While users can send instant messages to each other, other applications such as WhatsApp and Facebook Messenger have overtaken Skype in terms of use for this feature.

Back to the basics?

There’s nothing that Hinrikus said that isn’t common sense. As simple as his guidance seems, why do so many organisations get it wrong?

Most marketers understand that putting the customer at the heart of everything that an organisation does is a difficult thing to do.

For a start, it involves serious digital investment, beyond transactional platforms and digital campaigns. Digital isn’t an activity that can be separated from the core business anymore.

Digital needs to make an impact transversally across all departments of an organisation. We’ve come to call this digital transformation and it’s a process that many marketers are leading within their own organisation.

Secondly, companies, particularly large ones, can be slow and have many engrained processes that make it difficult for them to change: people, old technologies, slow IT development and of course shareholders seeking short term profit.

We can expect to see more disruption. We’ve already witnessed the disruption of music publishing and traditional media. We are starting to see exciting new innovations in financial services, education and healthcare. No doubt there’ll be others.

So what can marketers do to address this reality? The answer according to Hinrikus: dream!

The only mindset for disruption is to dream and keep asking “how can we change the world?” If you’re only trying to build a business, you’ve got the wrong mindset.

Content marketing as we know it has reached its peak, and things are about to change.

The quality of content being created is at its highest, but the syndication and effectiveness of the content has become the most bottlenecked area due to the vast amount of it. 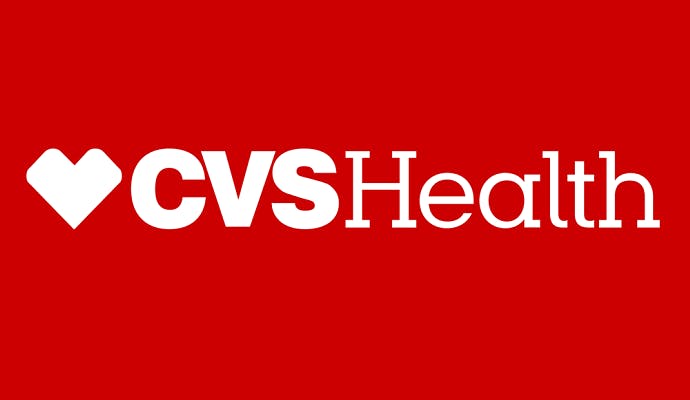 It seems that every one of them is thinking about how to transform their companies to become more responsive, more flexible and more digital.

Fortunately, there are inspiring stories from speakers like Norman de Greve, Senior VP and CMO of CVS Health, who described the journey to becoming a more purpose-driven company.

In 1997, UK retail giant Tesco launched a bank. “Our vision is to be the bank for people who shop at Tesco,” stated Benny Higgins, the bank’s CEO.

While Tesco Bank’s two-decades long history means it’s an elder compared to upstarts like Monzo, which led a record-breaking £1m crowdfunding campaign earlier this year, Tesco Bank has only offered current accounts since 2014, putting it in the growing category of upstarts targeting high street banks.