It’s no major surprise that Arsenal was the most talked about club in the first half of the season, as the team has enjoyed an excellent run of form and looked like strong title contenders.

That aside, Arsenal currently has 3.3m Twitter followers and generally tweets upwards of 20 times each day. It provides a lot of interesting and shareable content, such as club news, links to media reports, interviews, competitions, and images of players.

The feed also live tweets matches and press conferences, so overall it gives an excellent view into the club and helps fans to feel connected with what’s going on with their team.

Did you see who was back training with the first-team on Wednesday? See the photos: http://t.co/ELRL27BfhR pic.twitter.com/tlJcHGgjQk

But though it shares a lot of interesting content, I couldn’t find a single example of Arsenal’s feed responding to another Twitter user.

Even on the occasions when it posts questions, the social team sticks to retweeting people’s responses rather than actively engaging in conversation.

This must be part of Arsenal’s social guidelines, but it seems misguided as it’s missing an easy opportunity for rewarding fans and driving additional engagement.

Manchester United is relatively new to Twitter as the feed was only established in July 2013, however it has already attracted 1.6m followers.

The club took advantage of its players’ existing fanbases to drive up follower numbers in the early days, hosting an #askrio Q&A with defender Rio Ferdinand. Maybe he’d now like to host one with the club to ask why he doesn’t get picked anymore.

As with Arsenal, United has a very active Twitter feed and posts a decent mix of content that largely focuses on team and player news. It also live tweets press conferences and match reaction, though leaves live blogging the games to the official club website.

Much of the content includes images of the matches or the stadium, which makes it eminently more interesting and sharable.

FT: #mufc 2 Swansea 0. The Reds return to winning ways thanks to second-half goals from Valencia and Welbeck. pic.twitter.com/RNh2JwQh97

In keeping with the club’s corporate image, Manchester United fails to interact with its fans on Twitter and simply uses the network as a broadcast tool.

It doesn’t respond to other users and only retweets United players or official Premier League feeds.

This comes as no big surprise but reveals that the club is only interested in using Twitter as a one-way marketing channel rather than as a way of conversing with its fanbase.

Liverpool is another club that uses Twitter as a broadcast tool and fails to interact with its followers on any level.

It seems an odd tactic for a club that prides itself on having a close relationship with its fans, but obviously the corporate image is more important than fan engagement.

Nonetheless, the feed is extremely active and post a range of content including match reports, interviews, images, player quotes, news and videos.

PHOTO: Steven Gerrard converts a penalty to put Liverpool 3-2 ahead at the Britannia Stadium pic.twitter.com/2NaLs94EVF

Finally, the club live tweets the important moments from all of its matches, including photos, which is a great way of driving engagement.

There’s certainly enough to keep Liverpool fans interested, and the club has attracted some 2.2m followers.

Tottenham’s official feed is largely the same as the others in the Twitter top four – it posts regular updates featuring club news, player information and match reports.

However it’s noticeable that Spurs tweets slightly fewer images than its rivals, though it does deign to retweet its followers occasionally.

Tottenham’s match coverage is also more comprehensive than the other teams, with minute-by-minute updates detailing the action on the pitch.

In fact it could be suggested that the match coverage is too in-depth, as it clogs up your Twitter feed and some of the tweets verge on being bland.

Even so, it’s good to see such a commitment to keeping fans up-to-date, as the club also tweets travel information so its followers can make their way home quickly.

Finally, Tottenham posted a Vine of the players warming up before the most recent game against Crystal Palace. I’m an advocate of this type of content as it gives fans a glimpse behind the scenes and is a reward for following the club.

I’ve previously highlighed seven Premier League clubs that use Vine, and hopefully we can expect to see a few more (better quality) Vines from Spurs in the near future.

The lads warming up in the tunnel #COYS https://t.co/31ezsjXoKL

Facebook is still the dominant social site in the USA, but even more adults are now signing up to multiple platforms.

These findings come from Pew Internet’s latest research, based on a sample of 1,800 adults.

Currently 73% of online adults now use social networking sites, and with our friendship groups, colleagues and professional connections scattered across even more social networks than ever before, it has become a necessity to sign up to multiple platforms in order to engage with them all. 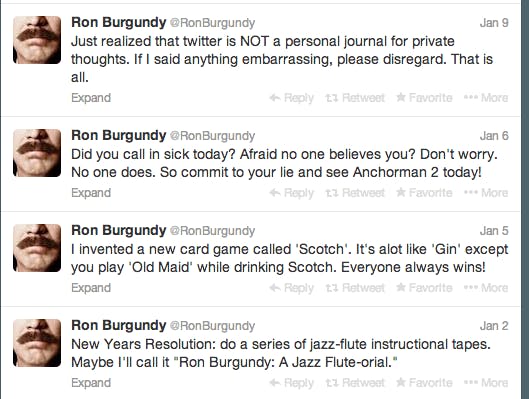