At the Footwear News Summit today in New York, Blake Mycoskie took to the stage to speak about TOMS shoes and his top three tips for success.

The idea of TOMS came after Mycoskie went on vacation to Argentina and saw that children there were in need of shoes and in fact, couldn’t go to school without them. He thought he’d sell shoes where every pair a customer bought, a pair of shoes would go to one of the children in the village he visited.

That was all TOMS was meant to do.

To Mycoskie’s surprise, TOMS sold 10,000 shoes the first summer. It wasn’t until he and his family and friends went back to Argentina to hand place the shoes on kids feet, that he realized he had to invest fully in TOMS as a business. Upon returning home to LA, Mycoskie sold his software company and invested it all in TOMS. Now they are giving millions of shoes to kids around the globe.

What worked for TOMS?

More than anything a brand needs a strong, simple and authentic story. This struck Mycoskie when he first started trying to spread the word about TOMS. He had only 3 stores and was trying to get into more but was feeling a bit discouraged. After an unsuccessful meeting, Mycoskie was checking into a flight and looked down and saw a woman wearing a pair of familiar red shoes. This was the first time he had ever seen a stranger wearing a pair of TOMS.

When he asked the woman about the shoes, she grabbed him and said TOMS was the most amazing company in the world. She then preceded to tell him his own story. When Mycoskie finally interrupted her to tell her who he was, her first question was “Why did you cut your hair?” She had watched all of the videos TOMS posted on YouTube.

So this woman wasn’t just a customer, she was an evangelist. Mycoskie then wondered how many people had she told about TOMS if she told the story so enthusiastically to a stranger in an airport. It was at this point Mycoskie realized if TOMS just focused on story and giving, then it didn’t need to be spending millions on marketing. From that point, it relentously focused on story.

Mycoskie warned the crowd not to go back to their marketing departments and tell them to find the story. How do you make sure your story is right? It’s not found in marketing, it’s found in the leader of the organization.

Go on a road trip, visit your stores, take pictures, use Instagram, find the story and then you can lead your company with it. The reason companies are great is because they have a good story.

Mycoskie was influenced by Pategonia’s founder, Yvon Chouinard, who practices an MBA philosophy: Management By Absence. This started in the early days of TOMS because Mycoskie could only get TOMS into stores if he went into them himself and told his story.

In fact, he did 82 trunk shows in 94 days. By being with customers and retailers in the field at this frequency, he couldn’t physically be in the office. Because of this, the young staff at TOMS had to make decisions themselves and this made them into stronger executives who still lead to this day.

Though giving is at the core of TOMS, it’s just not about product. If you embed giving into your company, then you will have a more engaged work force.

In keeping with the spirit of the company, TOMS is starting to also look into bringing manufacturing to the cities where they give away shoes. It currently has a test factory in Ethiopia and this may be the first place it can manufacture TOMS in a long term and sustainable way. It’s much easier said than done but TOMS are working on getting there. This way they will not only give but they will enable these communities as well.

Some of the lessons Mycoskie learned in terms of what not to do, were unexpected ones.

1) Sometimes what the industry does is for a good reason

When the shoes weren’t selling in some of the retail outlets, Mycoskie went in and saw that the bags got tangled and so the companies weren’t actively selling them. This almost put them out of business. So as long as TOMS continues being in this industry, it will continue using shoe boxes.

2) Turning a mistake into an opportunity

In the early days, TOMS only came in five colors. When placing an order, Mycoskie accidentally added one too many zeros for white shoes. After all the other shoes sold out, TOMS were left with 15,000 white shoes.

No one wanted to buy white shoes but if they weren’t sold, TOMS wouldn’t be able to buy any more shoes and therefor would be out of business. Jokingly the team thought if they can’t get more cash, they will have to paint the shoes and the “Style Your Sole” program was born.

This is now one of the biggest parts of the company and TOMS has found when people design their own shoes, they will tell the TOMS’ story more. It wasn’t a genius idea that came out of a marketing department but was born out of the need to sell unwanted shoes.

The recent valuation of Facebook at $104bn, the purchase of Instagram (by Facebook) for a billion dollars, and even Rakuten’s investment in social network Pinterest shows that there is serious money to be made in online business.

We ask all our merchants to join the Rakuten University to help them maximise their online sales, but some of the principles taught here can be applied to any online business, however they sell. 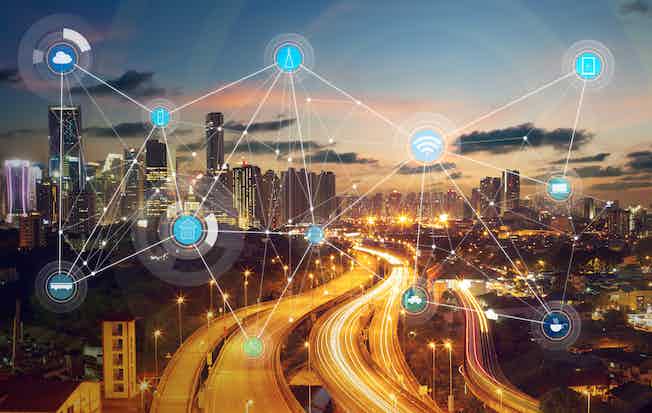 In the context of an evolving search landscape and multichannel environment, retailers need to re-evaluate the information they include in a brief when sourcing a search agency.

This article explores firstly why the search marketing brief needs to evolve before providing practical advice on what retailers should include in it.

Search remains a critical component of a retailer’s online and wider multichannel strategy. One might argue that it feels almost ‘old hat’ when pitted against new and exciting mediums, such as social media and mobile.

However, search engines remain the number one route by which ‘qualified’ prospects begin their discovery of a brand or product.

Yet the discipline has evolved significantly.

Deals site Travelzoo made its Android app available to UK subscribers last week following its launch in the US earlier this year.

The company has seen mobile traffic double from 10% to 20% in the past six months, and has achieved 650,000 app downloads worldwide.

The new app offers access to travel, entertainment and local deals, as well as enabling users to redeem vouchers through their smartphone.

It has already achieved more than 10,000 downloads in the Play Store, but is it any good?