In recent times, however, a number of social media influencers have been found to have flouted these rules, leading the Advertising Standards Authority (ASA) to ban a number of insufficiently labelled posts. Now, the ASA and the Committees of Advertising Practice (CAP) have also drawn up a new guide for social media influencers and brands, reinforcing the rules and how to follow them.

But, is there any kind of new regulation involved, or is it just another attempt to drum in the same (perhaps rather blurry) guidelines?

Here’s an update on the issue of transparency within influencer marketing.

According to the CAP Code (the most applicable and up-to-date set of non-broadcast advertising guidelines), it is both brands’ and influencers’ responsibility to ensure consumers are made aware that content is sponsored before they engage with it.

However, the process through which this is done is not a formal one, or made through any regulatory body. It is up to each individual brand, agency, and influencer to decide how they ensure the criteria is met – if at all.

As a result, many paid-for posts have slipped through the net, with influencers failing to include the #ad or #spon label. Made in Chelsea star Louise Thompson is just one influencer to be punished for failing to correctly label her paid-for content, resulting in the ASA banning an Instagram post created in partnership with watch brand, Daniel Wellington.

???????? sippin’ on yummy coconuts 3x size of my skull ! Wearing my @danielwellington classic petite melrose 28mm watch and matching cuff… you can get 15% off using the code “LOUISE”. ????

It is unclear here whether this was deliberate or an innocent mistake on Thompson’s part, but regardless, it was decided that the fault lay with both the influencer and the brand.

According to ASA: “Daniel Wellington had sufficient control over the content for the post to be considered a marketing communication.” Again, this does not necessarily indicate that the brand deliberately wanted to mislead consumers, but perhaps that it simply did not have necessary or strict sign-off procedures in place.

This example raises the question of responsibility and with whom it should fall. Earlier this year, I spoke to Christoph Kastenholz, the co-founder and CEO of influencer marketing agency, Pulse Advertising & Management, who suggested that the fact this question exists (without a concrete answer) is why problems occur.

He suggested that putting this onus on influencers (with brands as secondary) – which is again what CAP is doing with its new guide – is unfair, and that governments and officials need to work together to provide a more fixed framework.

Earlier this year, a survey by Prizeology found that 49% of respondents aren’t aware of the language used to disclose commercial relationships between brands and influencers – terms like #ad #spon #sp. Meanwhile, 71% of UK consumers wrongly believe that influencer marketing is not regulated at all. This shows that – regardless of brands labelling a post ‘spon’ – consumer awareness is not guaranteed. When it comes to product placement, another issue is how specific the disclosure is.

For example, a lifestyle influencer is likely to be wearing multiple branded items within a single post, so how is the consumer meant to know exactly which product they are promoting if it is not stipulated? Is ‘#ad’ sufficient as a one-size-fits-all disclosure, regardless of what the product is? Questions like this also need to be addressed.

In its new guide for social media influencers, CAP states that “ultimately, if it’s not obvious from the context that something’s an ad, more needs to be done with the content to make this clear.” This is a rather blurry guideline, stipulating that something must be done but not quite saying what. Again, this seems to fall at the feet of the influencer, ideally to craft a caption that signifies which product is being promoted, but most probably to include a generic one.

As a result of this type of confusion, some platforms have taken it upon themselves to make consumers more aware. Instagram has its own paid promotion tag, which is designed to make it easier for content creators to signal sponsorship. This is a positive step, certainly, but it still does not solve the problem of transparency entirely.

While Prizeology’s survey suggests that consumers are in the dark when it comes to influencer partnerships, there does seem to be a flip side of the coin, as consumers increasingly call out supposed ‘authenticity’ as fake.

Recently, social media influencer Scarlett London made news headlines for receiving huge criticism over a single Instagram post. In it, London was seen going through her ‘perfect morning routine’, which included sitting on her bed next to balloons and breakfast.

Meanwhile, a bottle of Listerine mouthwash sat on her bedside table – the product which the post was designed to promote.

The best of days start with a smile and positive thoughts. And pancakes. And strawberries. And bottomless tea. My morning routine is now live on YouTube – and while I don't show you my real bed hair (trust me, it's not pretty), I do give you a little insight into how I start my day in a positive way. Head over to my stories for a swipe up link – and let me know what you think! It features my morning habit of rinsing with Listerine Advanced White to help whiten my teeth. @listerineukireland #BringOutTheBold | This is a paid partnership with Listerine.

Followers criticised the post for being staged and potentially causing feelings of inadequacy in others. Unsurprisingly, criticism was also directed at the product placement (which seemed like an incidental and therefore inauthentic inclusion).

The level of criticism (and headlines) this example received perhaps shows that consumers are indeed becoming more educated, and that feeling is shifting away from acceptance into increasing amounts of scepticism – even anti-influencer opinion. After all, the Scarlett London post did not break any rules: it was clearly labelled as an advert, and she even tagged the brand. Despite this, it still generated intense criticism, with users suggesting that influencer marketing itself has gone too far.

While it is not to do with transparency per se, to a large extent, this type of backlash will force the market to a more mature place. Not only will it encourage brands and influencers to think about how they label content, but to also create better and higher quality content that is indeed more authentic.

A guide for influencers

So, what about ASA’s new guide?

To be clear, it does not include any new guidelines – it is just a way of collating all of the rules set by CAP, the Competition and Markets Authority (CMA), and Consumer Protection Regulation (CPR) in one place. Interestingly, it is largely directed towards influencers themselves (it is called an influencer’s guide), again highlighting the responsibility placed upon creators rather than the brands paying them. 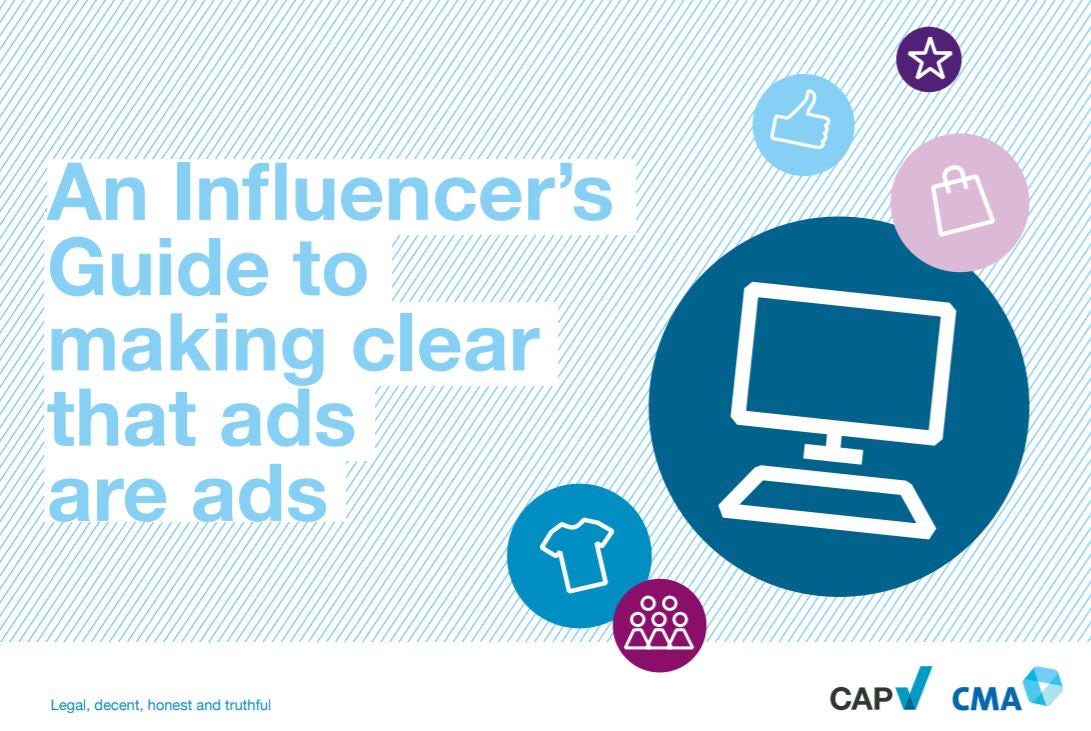 Looking ahead, however, the CMA is due to report on its investigation this autumn, which involves finding out more about the public’s ability to recognise advertising.

Perhaps this new guide foreshadows an update or even greater regulation to come. Until then, it’ll be up to brands and influencers to stick to the rules as best as they can, hoping that consumers are still happy to buy into the influencer bubble.

Social media customer service isn’t an optional extra these days. As customers, we chose to contact businesses at the time, and on the channel, that best suits us. 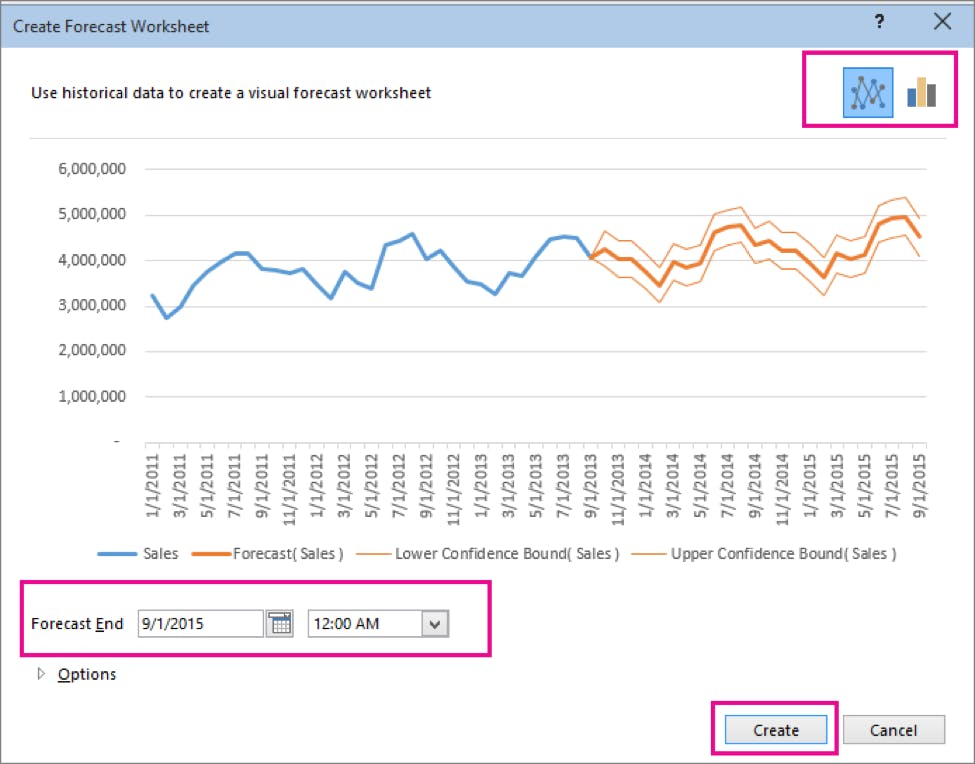 Possibly one of the most frequently, and most frustrating, demands of marketers these days is to ‘prove’ return on investment (ROI). But, is it even possible to do so? 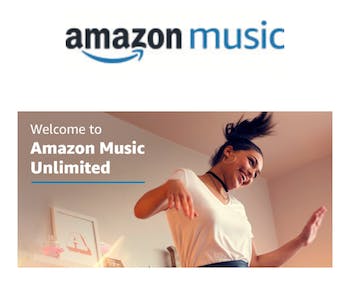 I was on holiday in Cornwall last week and a friendly shopkeeper selling me some cider, scones and pasties asked if my wife and I had been serenading our 9-month old son with the Baby Shark Song.