I don’t think I’m being too controversial when I say that, over the last few years, trust in the banking system, banks and bankers (three very different things that have been unhelpfully lumped together by the mainstream media narrative), has taken a battering.

The financial sector as a whole has huge job to do and in my view, social media is going to play a key part in getting it done.

This post will look at two key issues around trust and social media: how to measure it and how to build it.

First, I want to briefly introduce an idea that scientists call the “fundamental attribution error.” It goes thus: when people make mistakes themselves, they tend to attribute the mistake to the circumstances, e.g. “it was the traffic’s fault” that they were late.

When, however, people see mistakes made by others, they attribute it to that person’s personality, e.g. “He’s late because he’s disorganised”.

Lots of psychologists have looked at this but one particular finding stands out. If people trust each other the fundamental attribution error is reduced, and what’s more, there is a sliding scale of trust that reduces it bit by bit.

So, eye contact and body language reduce the error a lot, following that, tone of voice and its perceived ‘honesty’. Responsiveness is another key element and this is where it gets interesting in terms of social media.

Just being seen to be listening increases people’s trust in you, even if you can’t respond with any helpful information. It seems that interaction, even if only for its own sake is a key element of trust.

It’s a finding that seems to be borne out by a Vocus survey I picked up on a while ago. Respondents were provided with three fictitious Twitter users. Person A had millions of followers but no real interaction, person B had thousands of followers and some interaction and person C had only a few hundred followers but had a lot of interaction with them.

When asked which person would have a “more measurable effect” on their followers, 57% voted for person C. To me what this shows is that even from an outside perspective, visible interaction reduces the amount of “unknowns” and thus reduces the space for these attributional errors.

The upshot: If you use the fundamental attribution error in your market research you should be able to get a reasonable indicator of whether or not people trust you.

We’ve already covered responsiveness as a key element of building trust and it’s easy to see how social media can have an instant effect on a company’s ability to be responsive, but there is a lot more.

Studies such as Edelman’s trust barometer (and many others), show how trust can be affected by a number of factors. Among these factors is the type of content, the authority of the speaker, and opinions of other people rank highly.

Content is easy, and relates straight back to those factors that affect the fundamental attribution error. So, content that can convey personality such as body language and eye contact rates highly where as content that doesn’t, doesn’t.

I’d suggest that this means that video statements from senior execs will rank highly on trust scores. This example from Jet Blue, though old, is a great example of how video content can convey personality.

But beyond this, even when you are restricted to text as a medium, it’s clear that conveying personality is key to building trust.

How you can make this work for you in real life

Authority is harder to tie down. We know that social media can convey a kind of authority through the pattern of links that pull networks together, and if people can see that others are endorsing your content (for example through re-tweets or Facebook likes) it will help to build trust on a micro-level.

It’s important to give them the opportunity to do this, but authority is a lot more complicated than that.

Being able to talk with authority isn’t about the channel you choose to communicate through, it’s about being able to display a complete and nuanced mastery of your brief.

Social media can help you display that nuance by giving you a diverse set of channels and helping you reach a wider audience but in the end, the only way to talk with authority is to be authoritative. 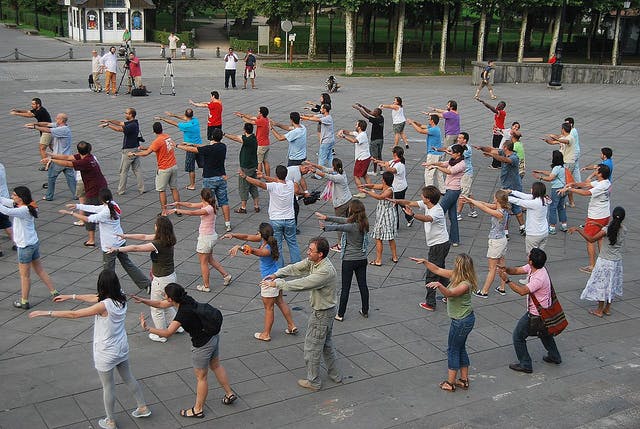 We’ve all seen the bad ones: the over dramatic Lady Gaga ‘dance off’, the 200 strong Christmas carol sing-a-long in a shopping mall – even the staged ‘proposal’ in New York’s Central Park. It’s all been done before.

You won’t find those types here. This is a list reserved for the cream of the crop, the flash mobs that are both original and have garnered the attention of media around the world.

Social commerce company Bazaarvoice has published its Social Commerce Trends Report for 2012, highlighting four key issues that it thinks will drive growth in this area over the next year.

The summary of its findings below is based on the company’s social summit, which brought together thought leaders from the likes of Facebook, John Lewis, Dell and more this October.