Econsultancy: How are your current bot projects coming along?

Duncan Gough: Ara [a robotic pet] has been the main focus lately. Not in the sense of making and prototyping though, but in sharing and exhibiting. She made her print debut in Creative Review over the summer, and is currently part of the Machine Made: Art, Robots and AI exhibition at the Derby QUAD where I also gave a talk about Digital Disruption recently. Ara. Gough tells Creative Review: “I made Ara from an old Raspberry Pi, a cardboard speaker from Muji, a birdcage from eBay and a hand-made bird from Etsy. She’s a bird who can sing. She makes her own songs each day, and sings more at sunrise and sunset.”

With Ara up and running, I’m prototyping my next project – a series of digital art furniture pieces, with the same lo-fi approach as Ara, where the focus is on taking something and embedding a passive layer of technology that makes it more personal, and emotional.

E: Your interview in Creative Review raised the subject of robot companionship. Are you surprised that Amazon and Apple haven’t incorporated more ‘useless’ features into Alexa and Siri, beyond the occasional bon mot?

DG: Yeah, beatboxing. It’s hard, I imagine, to rally around those kind of features and make sure they make it to market. Given that most of those voice assistants are just keyboard proxies, it doesn’t follow that they’d have useless features.

But then you can see more artful projects elsewhere, that go far beyond adding useless features to corporate tools. Like the ISS drone, and the Great Ormond Street forest.

E: Moving on to the Internet of Things (IoT) – what should we be looking forward to (beyond connected doorbells, white goods and wristbands)?

DG: I think [connected devices] won’t be longed for – in the sense that IoT is going to become invisible. I don’t really care if my doorbell is digital rather than analogue, I care about how it improves my life. I can image a future where connected devices become mainstream, but through natural wastage too because everything replaced will just become connected.

However, I’m also interested in anti-convergence. The iPhone was incredible in bringing together so many bits of tech and uniting them. Smartphones gave us location-aware, internet-enabled apps and cameras that came to define everything we built for the next decade, but with my developer hat on, it’s disheartening to think that whatever language you learn, whatever path you follow and whatever processes you adhere to, the end result is a square on a phone screen.

Putting all that together, I’m keen to unbundle things. It’s perverse in a way, because making something like Ara that doesn’t have an internet connection on purpose, limits what it can be, but I find those constraints are useful.

For the moment I’m interested in furniture, how it can be improved digitally. Part digital art installation, part traditional furniture. I think tech can add a layer of beauty and emotion to something that is already beautiful.

E: Are there any brands that have delighted you with automation?

DG: Brands don’t really innovate or delight. People within those brands work on interesting things, and brands pay for their time in order to present that work as their own. With that said, I still haven’t seen anything worthwhile come out of a brand for a while.

I used to read that press and for sure it’s a feedback loop of award entries and client pitches, but I don’t see anything that will ever come from a brand that will be delightful, essential or meaningful.

E: Lastly, what does your day job at the V&A entail?

DG: I’m the Technical Lead at the V&A and I’m supporting an ongoing digital transformation project. Having a background in startups and bringing that to the V&A is where the two meet, and it’s challenging and rewarding in equal parts. Museum tech is fun and weird and well placed to match culture with digital. Standards are important as we’re dealing with, effectively, a long-established collection of data and we need to make sure it’s accessible and present over the long, long term.

We’ve launched three major platforms in 12 months, and those supported a significant number of newly-launched products too. I’m hugely proud of the team because these things have a significant impact on the V&A, and they enable us to resolve a lot of technical debt whilst aligning ourselves nicely for the chance to build new stuff. We’re nimble and agile, which is no mean feat in a big organisation.

Duncan Gough will be speaking on the AI stage at the Festival of Marketing, October 4-5, London. 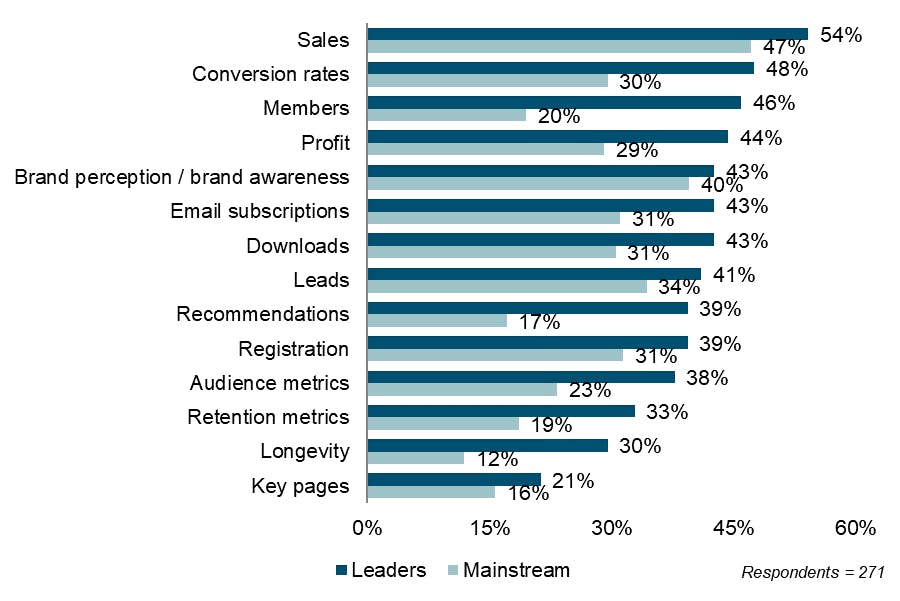 Management of content across borders and languages is a real challenge for brands. Most are underperforming in their attempts to centralize governance, expand into new markets and localize content for a diverse array of audiences.

It’s our very great pleasure to announce Stephen Fry as the latest headliner for the Festival of Marketing 2017.

August was a good month for digital marketing studies in the APAC region.

Here’s a roundup of the most interesting nuggets. Remember to check Econsultancy’s Internet Statistics Compendium if you can’t find what you’re looking for.