After my Valentine’s Day analysis of online dating sites and what’s so great about their email, I decided to compare their performance around the holiday to a sample of retail marketers to measure the effectiveness of these sorts of big seasonal marketing drives.

Online dating sites aren’t the only ones who use Valentine’s Day to implement a big marketing push.

Retailers selling products like chocolates, flowers and gift cards also stepped up their game (and their email activity) to capitalise on the most romantic day of the year.

The stress of running additional promotions in both online dating and retail appears to have ironically caused uplifts in “dissaffection” metrics.

A variety of ugly marketing practices were found that impact on brands’ deliverability, email sender reputation and consumers’ complaint rates, all of which will lead to brands’ emails increasingly getting shunned by both consumers and ISPs, and thus failing to engage or even reach their target recipients.

Here are some key email marketing turn-offs we noticed in the run up to Valentine’s Day:

Marketers are seemingly using seasonal events like Valentine’s Day as opportunities to send mass emails to their entire database including their inactive subscribers, in an attempt to chase sales.

The consequence of such practices, as witnessed with some retail marketers during the Valentine’s Day period, is an increase in unknown user failures.

Additionally, complaint rates increased markedly between January and February, to the tune of three-fold for the online dating sites and four-fold for the retailers that were reviewed.

This batch-and-blast approach goes against all email marketing best practice and can cause significant damage to the brand’s email sender reputation.

Interestingly, there was a wide disparity of responses across ISP’s subscribers can be seen in the reactions of Hotmail and Yahoo! users.

A great post on Hunch.com shows that there are some broadly recognisable subscriber profiles associated with each of the major ISPs, which could explain those variations.

Looking at the subscriber profiles associated with each of the major ISPs, it could be that Hotmail users are more pre-disposed to offers of chocolates and flowers!

Or more prosaically, it could be that because Hotmail typically forms the largest component of a B2C list, it is therefore the most likely to get blocked when volumes ramp up, and (paradoxically) for complaint rates actually diminish because the emails don’t get seen as a consequence.

Complaints are an important measurement of disaffection, so in general we can take it that subscribers weren’t happy with the uplift in activity. Whatever the cause, response rates do vary by domain, and email marketers may want to take those segmented demographics into account as part of their targeting strategy.

The last-ditch pleas of the desperate

Brands jumping on the Valentine’s Day bandwagon by sending special last-gasp love themed emails are the email marketing equivalent of petrol stations flogging their flowers for inattentive lovers who’ve forgotten to buy their better half a gift.

While the intention may be a good one, getting the timing is definitely cutting things fine and getting it wrong can have disastrous consequences!

While many marketers may carefully time their emails to hit the inbox just in time for an event, such as Valentine’s Day, emails that aren’t read in time can represent a further problem.

For one sender of a time-specific Valentine’s Day offer, complaint rates quadrupled in the week following February 14th, as recipients realised the emails were no longer relevant.

These offers have zero relevance the moment the offer they are promoting expires. The savviest marketers will enhance relevancy by using dynamic content in email templates to offer consumers more immediacy, delivering up-to-the minute content based not on when the email was sent, but on when the recipient opens it.

Using data newly available since Return Path’s acquisition of OtherInbox showed that emails with the subject line ‘Last Chance For Valentine’s Day’ from a well-known chocolate brand attracted decent open rates of 47% but also received high spam complaint rates, as one in four consumers reported these emails as spam.

Online dating sites enjoyed a lower percentage of consumer complaints and bounce backs than retailers looking to exploit the most romantic day of the year.

This success is largely due to the large percentage of online dating sites’ sent emails being transactional, and therefore less susceptible to seasonal fluctuations.

By the time Valentine’s Day comes around, consumers have been bombarded with seasonal marketing emails, particularly from retail marketers attempting to cash in on inactive subscribers at Christmas, New Year and during the January Sales.

Much like drinking too much around holiday celebrations, brands that are excessive in the number of email campaigns they run from November through to February may find themselves nursing a reputational hangover that impacts their campaign performance throughout the year, and can permanently tarnish their email sender reputation.

And with Easter creeping up – the next big seasonal event in marketers’ calendars, we have summarised below some essential tips for best practice email programs:

Once it’s been determined who’s interested and who isn’t, send a final message asking to re-permission subscribers back onto the email database, including a deadline to increase the urgency of the message. Remove non-responding recipients from the sender list.

Finally, make sure to thoroughly maintain your now cleansed database. 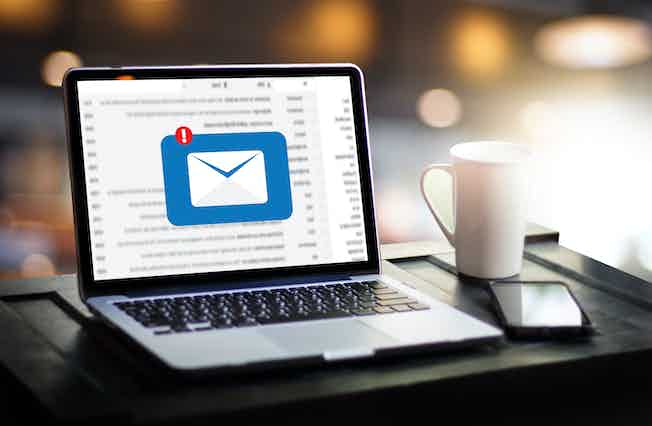 The results of our sixth annual Email Marketing Industry Census 2012, published today in association with Adestra, has shown that companies consider the ROI from email marketing to be higher than for most other digital channels including social media marketing.

In fact, in terms of the company respondents who said that email marketing was “excellent” or “good” for return on investment, email was higher than any other channel except SEO.

This year’s study has also found that companies adopting best practice and using ESP platform functionality (beyond basic ‘batch and blast’), are significantly more likely to see a strong financial return from their email campaigns.

More stringent ISP filtering and deteriorating sender reputations mean that global email deliverability declined by 6% to 76.5% in the second half of 2011.

These covered 142 ISPS in North America, Central and Latin America, Europe, Asia and the Pacific territories from July through December of 2011.

In the UK, 83% of marketing emails reached the inbox, with 7% being delivered to the spam folder and 10% registered as missing or blocked.

The study suggests that an increased volume of emails also contributed to the fall in delivery rates, as overwhelmed consumers are more likely to mark emails as spam rather than unsubscribing.