As The Wall Street Journal detailed on Monday, Verizon has launched a new program called Verizon Up that offers users rewards like free music, Uber rides, sports gear, coffee and discounts on new phones. There are also “amazing once-in-a-lifetime experiences and front-row tickets” to concerts, movies and sporting events. Verizon boasts that “no points or levels [are] required” in its new rewards program. For every $300 spent on a Verizon Wireless monthly bill, customers receive one credit.

Oh, and there’s one more thing: to participate in Verizon Up, customers have to opt into Verizon Selects, a program that “uses information about your web browsing, app usage, device location, use of Verizon services and other information about you (such as your postal/email addresses, demographics, and interests) and shares information with Oath (formed by the combination of AOL and Yahoo)” to “personalize your experiences and make advertising you see more useful across the devices and services you use.”

In other words, to score rewards, Verizon customers have to allow Verizon to use the data it has about them to deliver targeted ads.

A new kind of truth in advertising?

Naturally, Verizon Up is going to have its critics, but the company believes it is actually being more transparent and honest with its customers than many other digital advertising players are with their users.

Verizon’s CMO, Diego Scotti, pointed to Google and Facebook, telling the Wall Street Journal, “Some of our competitors, they have exactly the same thing, it’s just buried in the terms and conditions of the service. We are not hiding anything.”

It’s not a bad point.

Google and Facebook are under increasing scrutiny as their digital ad dominance grows. Both companies track users across the web and across devices. And in most cases, average users don’t know when they’re being tracked or how to control the data collected even when they have the ability to. In July, a judge in California dismissed a lawsuit against Facebook over its tracking of users even when logged out. Users don’t have an expectation of privacy, the judge ruled.

Google and Facebook, of course, offer a lot of value to users and the argument is that users allow these companies to collect data and advertise to them as payment for their otherwise free services. “If you’re not paying for it, you’re not the customer, you’re the product” the saying goes.

For years, some argued that users should be paid for their data as part of a so-called information market. As Vasant Dhar, a professor at New York University’s Stern School of Business has argued, Facebook in particular would benefit by being more transparent given the amount and type of data it collects. “If users aren’t making a conscious choice about what happens with their data, they end up feeling violated,” he stated.

But despite years of this kind of talk, there has been literally no movement on the part of advertising giants to compensate their users for their data. Even though its rewards are tied to dollar spend, Verizon Up is arguably one of the first major programs in which a major company is seeking to get customers to voluntarily give up their data for advertising purposes by giving them something of value in return other than access to a free service.

Will it work? And will Verizon refuse to take and use valuable data from customers who don’t sign up for Verizon Up?

How those questions are answered could very well determine if a different future is possible for the digital advertising market. 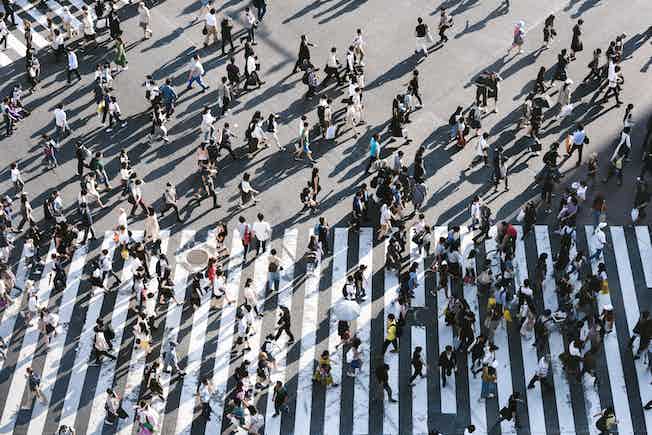