In an effort to maintain its position, Walmart has completely redesigned Walmart.com. Here are five of the aspects of the redesign that stand out most.

One of the first things that stands out about the new Walmart.com is that, even on desktops, it looks like a mobile site.

Instead of a standard desktop navigation bar, the header of the site features a hamburger menu, a design pattern that was originally developed specifically for mobile experiences. When expanded, the menu contains links to major departments, as well as quick links to features like grocery pickup, item reordering and order tracking.

While Walmart isn’t the first company to employ a hamburger menu on a desktop site, Walmart’s move to ditch traditional desktop navigation is a bold move. The question: is it a good one?

Despite their popularity, the hamburger menu design pattern has been controversial and using one on a desktop site is bound to spark discussion and debate. Even assuming that users are now so familiar with hamburger menus that there’s no reason to worry about what it is, one of the potential pitfalls of Walmart’s use of this design pattern is that it arguably makes desktop navigation less efficient.

To even see a list of departments, Walmart.com users now need to click on the hamburger menu and, depending on the resolution of their screen, might have to scroll down to view all of the menu’s contents. When clicking on a department, another menu is displayed, listing the sub-categories within that department and sometimes a “shop all” link. This means it takes three clicks just to navigate to a department’s front page. 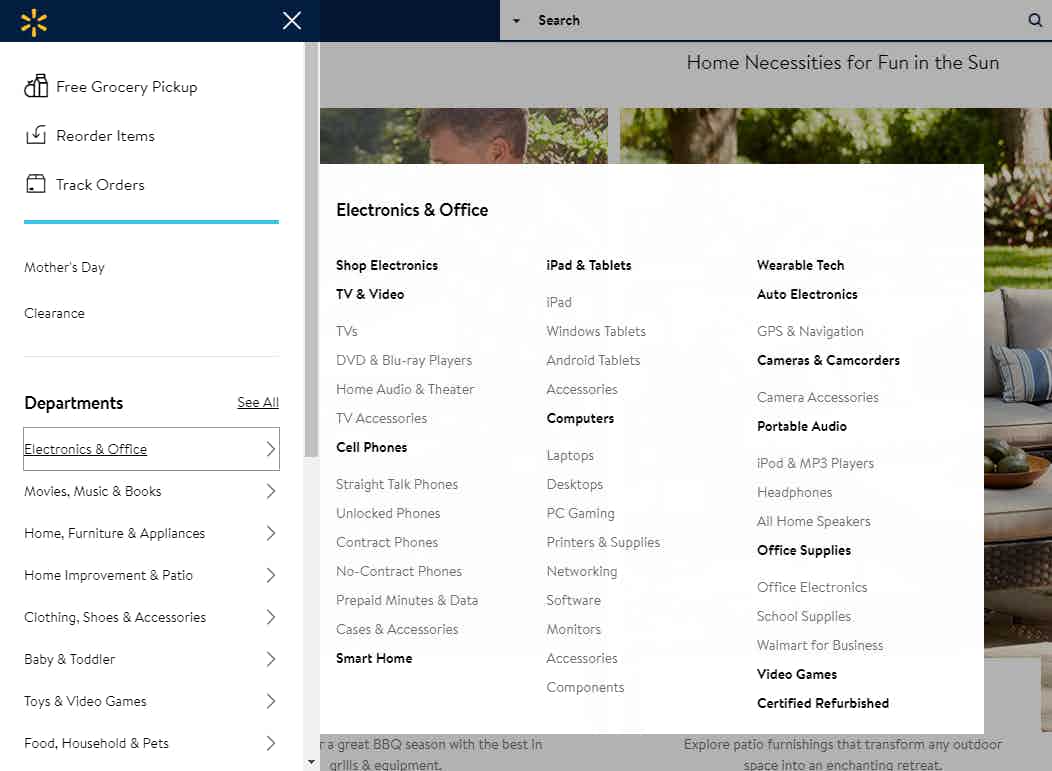 Contrast this experience with the Amazon site, which has a traditional navigation that contains a Departments drop-down. The drop-down is activated on hover, not click, requiring less effort on the part of users. 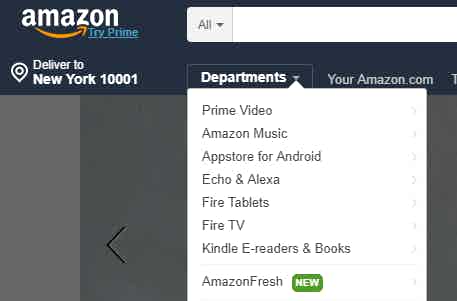 Walmart.com’s new look is designed to be cleaner and more modern. A hallmark of modern websites is an emphasis on imagery and to that end, the new Walmart.com is a lot more visual. The homepage features a large image slider that takes up much of the screen. Similar image sliders are also used extensively on the front pages of individual departments.

Large images are also used to feature products and content that Walmart wants to highlight. 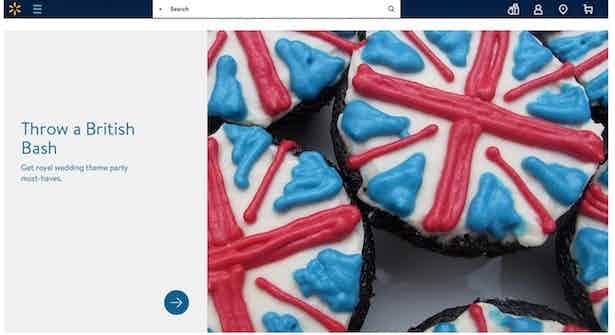 While the heavy use of photos and other attractive visual elements, is pretty and impactful, it comes at a cost: a lot of real estate is taken up by visual components. On mobile in particular, it feels like a lot of scrolling is required.

To address this, Walmart doesn’t necessarily have to eliminate a lot of imagery. Instead, it could tighten up and in some cases rethink its use of space, particularly for visual components like product features.

The retail giant clearly wants users to take advantage of its grocery service. One of the icons on the site’s menu is for Grocery and the top link in the expanded hamburger menu reads “Free Grocery Pickup”.

There’s an interesting dark pattern on the account creation page

Walmart is employing a subtle dark pattern on its account creation page. A checkbox for opting in to marketing emails is checked by default and it is located after the Create Account button. It’s fairly easy to miss, especially on mobile, and that is almost certainly intentional as a checkbox asking users if they would like to remain signed in is located above the Create Account button. 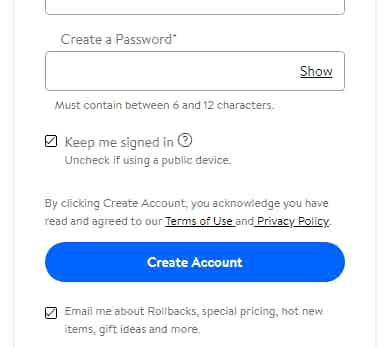 Walmart is betting big on personalization

According to Walmart’s Lore, “One of the changes we’re making is adding more local and personalized elements, something that we’re especially well-positioned to do in light of our more than 4,700 stores across the country.” He added, “In fact, the majority of the homepage will be personalized in some way.”

This personalization is already evident. The homepage features items that are trending in the user’s geographic area and items that had been viewed previously. And individual product pages contain a section, ‘Inspired by your browsing history’, which lists items Walmart thinks might be of interest. 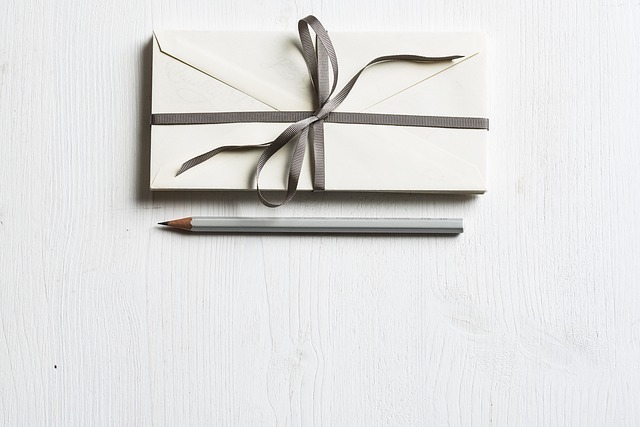 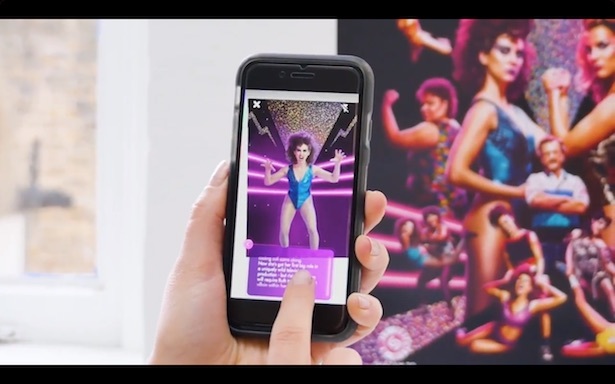 It’s hard to believe that the music discovery app Shazam has been around for 10 years.

Since it first appeared, it has taken prime real estate on users’ phones alongside the likes of Google Maps and WhatsApp. 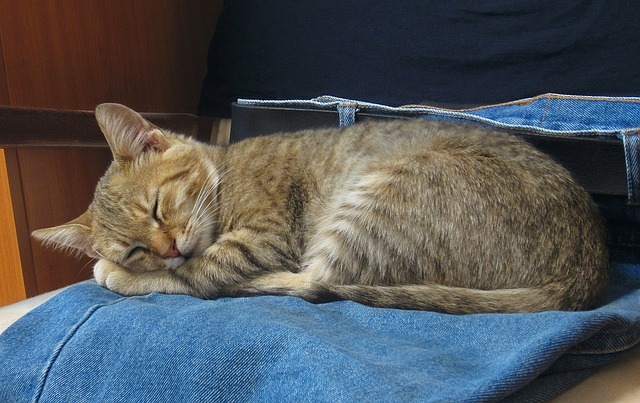