Ready and raring for some stats? This week’s roundup includes news about marketing emails, ad viewability, social media activism and ever so much more.

Before we begin, don’t forget to check out the new and improved Internet Statistics Database – it’s well worth a gander (subscriber only).

A new report by Accenture suggests that failure to close the digital skills gap could result in the UK economy forgoing as much as £141.5 billion in GDP growth promised by investment in intelligent technologies over the next ten years.

This is because, according to the report, 51% of worker time in the UK is subject to potential augmentation in the near future. 37% in the UK could potentially be automated, but the impact is expected to vary between job roles and geographic markets.

Accenture suggests that most of the skills needed for the future workplace are best acquired through practice and hands-on experience, meaning experiential learning techniques should be prioritised, as well as a focus on complex reasoning, creativity, and socio-emotional intelligence.

Marketing Evolution has delved into the state of person-level data adoption among marketers today.

From a survey of 200 marketers and interviews with five decision-makers, it found that 99% of marketing leaders are considering a person-based approach, yet just 42% are able to execute it. Person-level data seeks to optimise every interaction by collecting and assigning data from any source to an individual.

The study also found that 71% of marketers are hampered by disconnected measurement approaches and tools. To put this into perspective, the organisations that were identified as mature in their approach to measurement were 14% more likely to have experienced at least 15% revenue growth in 2017 compared to their less-mature peers. Similarly, these firms were 27% more likely to say they have had fully met all of their business objectives.

80% of marketers said that access to person-level data would either improve or significantly improve their ability to execute on their high priority initiatives to grow revenue, improve marketing efficiency, and increase brand influence. 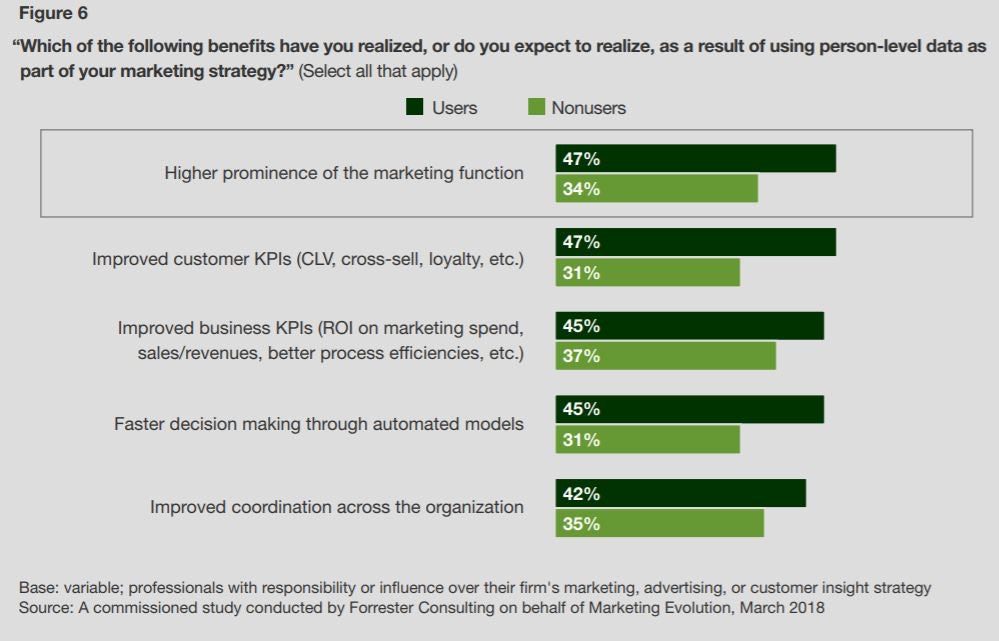 Over half of consumers ignore marketing emails due to inbox overload

The latest report from Yes Lifecycle Marketing has revealed that inbox overload is the biggest reason subscribers ignore marketing emails. This news comes from a survey of 1,000 consumers of all ages.

Finally, the report also suggests that marketers are failing to collect and make use of customer data to personalise emails, as 30% of consumers say they have received recommendations for products they’d already purchased. 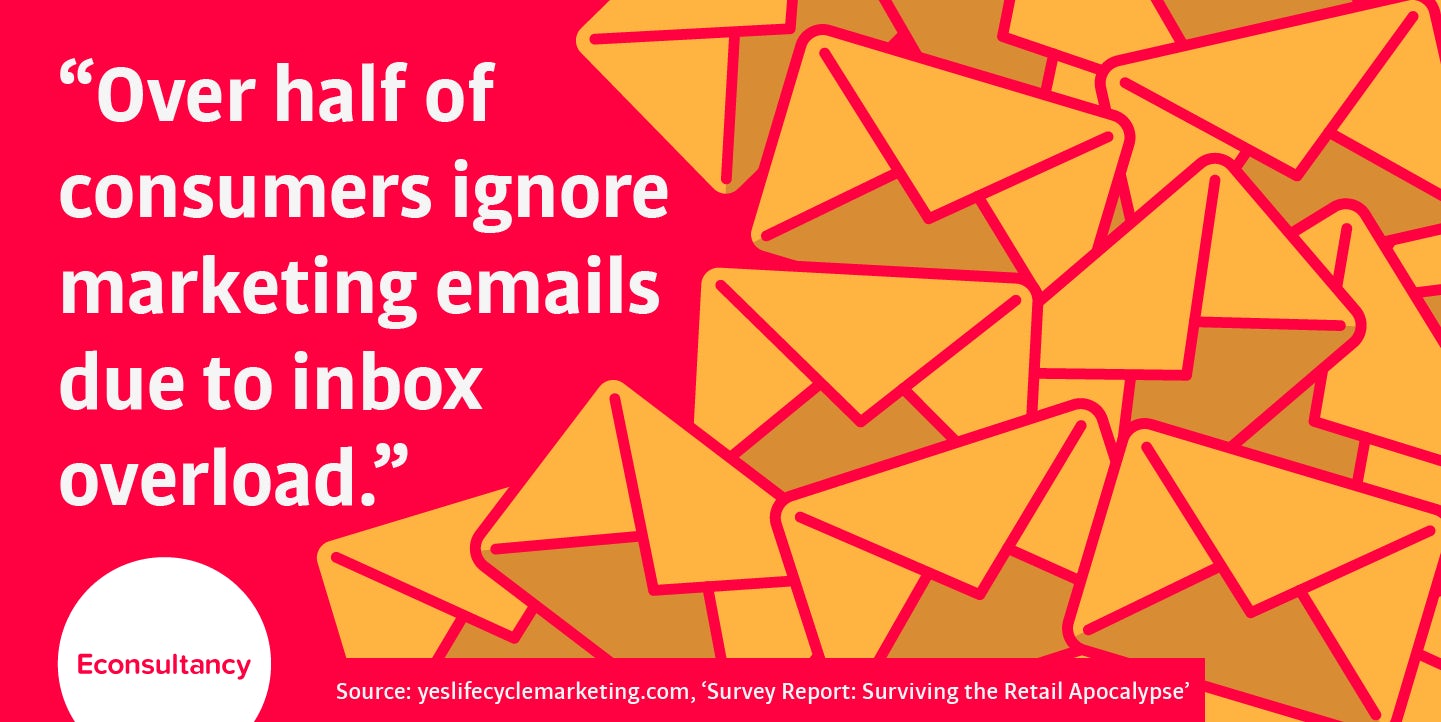 Finally, the report highlights a consistent rise in UK viewability levels across every environment, now reaching 64.5% for desktop video ads, 69% for mobile web video, 57.6% for mobile web display, and just under half of mobile in-app ads meeting minimum viewability standards in H1 2018 at 48.2%.

A new report by the think tank, Demos, has revealed that a growing number of young people see social media platforms as a way to initiate social change.

In a poll of 2,000 people aged 16 to 25, Demos found that 64% of respondents see social media platforms as an essential part of achieving social change (and 55% of 35 to 50-year-olds agree). 91% feel social media has had a net positive impact on them and their community. 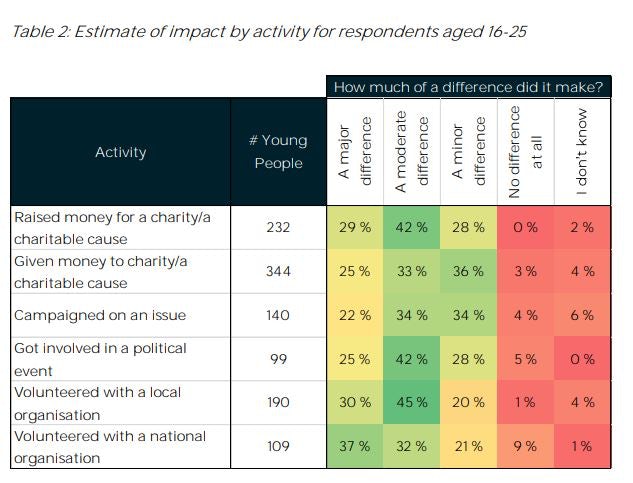 Christmas online shopping is driven by convenience rather than price

Royal Mail announced details of its latest Delivery Matters report at the eCommerce Expo event this week. It revealed that online shopping during the peak Christmas period is largely driven by convenience – not price.

In a survey of 1,506 UK online shoppers, 68% of people said they shop online at Christmas because they can do so from the comfort of their own home, in comparison to only 44% in April. 63% said it’s because they can shop at any time of the day, as opposed to 45% in April. Lastly, only 38% say they shop online at Christmas due to prices being lower than in-store, in comparison to 44% in April.

The report also states that the majority of online shoppers now expect free delivery, with 45% of shoppers expecting no minimum spend to be eligible for it. 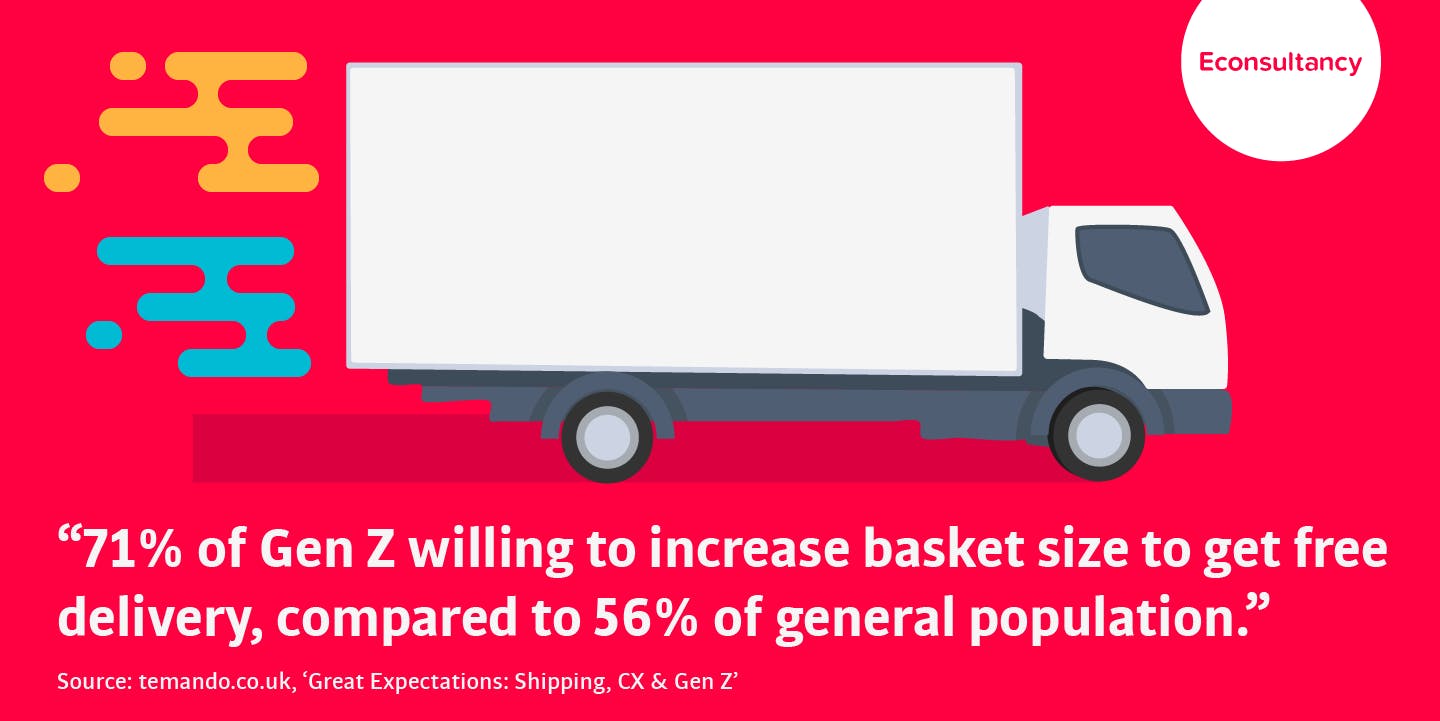 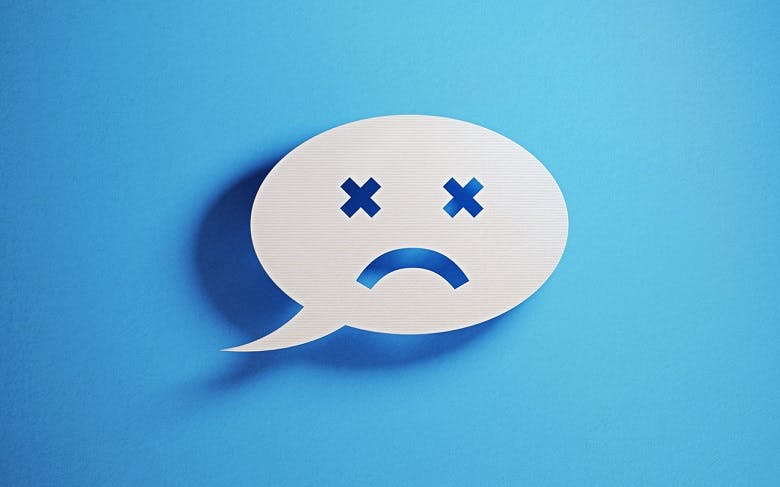 Using social media is second nature for Generation Z. This demographic (born after 1994) have grown up with smartphones glued to their fingertips, and see every moment through a social lens. 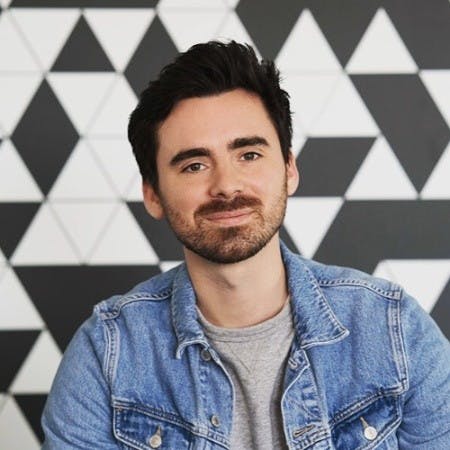 Gavin McNicholl is head of production at Vungle, a specialist in mobile video advertising. Here we find out what his typical day looks like.