The news of Amazon’s interest in selling prescription drugs has, for obvious reasons, spooked investors in major pharmacy players like CVS, Walgreens and Express Scripts, all of which risk being disrupted by Amazon the way so many other businesses have.

But pharmaceutical companies could find that Amazon’s disruption is a boon for them.

According to Adam Fein, president of Pembroke Consulting, one of the easiest ways for Amazon to enter the market would be to focus on patients who pay cash for generic and brand-name drugs.

Although prescription drug coverage is typically provided through health insurance plans – all plans offered under the Affordable Care Act (ACA) require it – a growing number of patients opt to pay cash for their prescription. As Doug Hirsch, the co-founder of GoodRx, a prescription drug pricing comparison service, explained to The Washington Post, this is a result of the fact that many patients have high deductibles and want to see if it’s possible to get better deals.

For pharma marketers, Amazon’s entry into this market could increase the importance of their direct-to-consumer marketing efforts.

Unfortunately, direct-to-consumer marketing is increasingly difficult for pharma companies and could potentially even become virtually impossible if some groups have their way. The American Medical Association supports a ban on direct-to-consumer ads that pitch prescription drugs and in California, a state legislator earlier this year introduced legislation that would ban the use of copay coupons when an inexpensive generic drug alternative was available.

A ban on direct-to-consumer ads would obviously complicate matters for pharma marketers, but until that day comes, one of the best ways they can prepare for the potential entry into the pharmacy market would be to evaluate their direct-to-consumer efforts in light of a changing landscape in which digital channels like social media increasingly trump established channels like television.

They should also consider that if Amazon does enter the market, it could have the effect of increasing pricing transparency, something they would be wise to embrace rather than fight.

While Amazon’s entry into the retail pharmacy market could prove to be a net positive for pharma companies well-positioned to take advantage of it, there is also the potential that Amazon could become a frenemy.

How? As drug supply chain expert Stephen Buck, co-founder of Courage Health, pointed out, Amazon could eventually decide to manufacture its own generic medications. If that happened, pharma companies would find themselves competing with a company that also acts as, perhaps, one of their more important distribution channels.

This possibility too also demonstrates the importance of direct-to-consumer marketing, as pharma companies will want to do everything they can to establish the superiority of their drugs over generics that could one day be manufactured by Amazon.

2017 has been a record-breaking year for retail, and not in a good way.

Under pressure from a number of factors, including the growth of ecommerce, brick and mortar retailers have closed thousands of stores this year and some, including big names like Toys R Us, Sears Canada and Payless, have filed for bankruptcy. 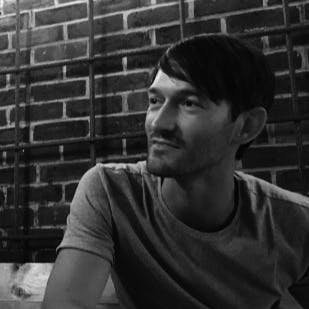 David Hall is senior account manager at personalisation platform Certona, and is the latest of our ‘day in the life’ interviewees.

Hall gives us some insight into the world of AI-powered personalisation, as well as tips for those wanting to get into the industry or choose some software for their own business.

For years, there has been much talk about the impact of fintech startups like Monzo and Atom Bank on incumbent banks but little has been done to quantify the actual effects fintechs are having on big banks.

New data from The Bank of England (BoE), published as part of its 2017 stress test of the UK banking system, however, is shedding light on this subject.