During the recent F8 summit, Mark Zuckerberg took to the stage to announce the integration of chatbot technology into Facebook Messenger.

Explaining his desire for the consumer to “be able to message a business in the same way you message a friend”, he proposed a new step forward for conversational commerce.

But hold the iPhone, Zuckerberg. Before you get us all excited about something we didn’t even know we needed…

What exactly are chatbots? And with brands like Uber, Skyscanner and Amazon already getting in on the act, why does it spell such big news for marketers?

Here’s a run-down of everything you need to know. Chatbot technology is certainly not a new concept. The Turing test has been around since the 1950s, and artificial intelligence programs have been around for decades.

With the likes of Siri and Cortana, we’re all fairly comfortable with the concept of digital assistants.

The difference with chatbots is that they are specifically designed to replicate human interaction.

Essentially a mini interface within a messaging app, the idea is that the user is able to interact with a chatbot just as they would any other contact in a phone.

Instead of a one-sided question and answer format, increased intelligence allows the chatbot to change the subject, suggest related topics, and even demonstrate humour and emotion.

Whether it is a customer enquiry about delivery and returns, or a more specific service like ordering food or shopping, the user will essentially feel like they are talking to a human being rather than a faceless brand.

Benefits for the consumer

Since April 2014, Facebook Messenger has grown from 200m monthly users to a whopping 900m.

This statistic shows just how much messaging apps have exploded in popularity, and also highlights a major shift in where people spend their time.

Easy to use, convenient and user-friendly – messaging apps are no longer part of social media websites, but separate entities altogether.

As a result, brands have now realised the potential of using messaging platforms to engage with and connect with audiences.

Instead of being put on hold or waiting on a website chat service, a chatbot will provide an instantaneous response. Consequently, one of the biggest benefits for the consumer is simply a much better overall experience.

As well as greater communication, there’ll be no need to switch between apps. With chatbots living in our most-used platforms, it automatically offers a far more seamless and personalised experience.

And as we are constantly hearing, personalisation (and contexualisation) are both incredibly powerful tools.

Using specific and increasingly personalised data to interact with the consumer, chatbots aim to create a bond that most brands can only achieve after years of loyalty.

Where brands might have struggled to entice an audience to download and use a separate app, consumers are far likelier to use a chatbot service that’s part of an app they already use (e.g. Facebook Messenger).

As a result, the marketers job will become far easier.

Alongside capitalising on the time we now spend in apps, the benefits also include much greater control.

With brands struggling to keep up with a multitude of platforms, chatbots will enable a more streamlined approach as well as access to increased amounts of data.

As the likes of Slack and Kik show, consumers are using messaging apps in different locations, contexts, and for varying reasons. Rather conveniently, a chatbot can cover all bases.

What’s more, as well as being a benefit for the user, increased personalisation means that marketers will be able to connect and relate to the target audience like never before. Being able to answer customer queries isn’t the only reason for brands to set up chatbots. As the following examples show, the technology can be used for a variety of reasons.

Here are just a few of the best to pop up so far.

The first price-comparison tool to introduce a bot, Skyscanner now enables users to enquire about flights inside Facebook Messenger.

Directing you to the Skycanner website when you want to book, it aims to increase convenience and jazz up an otherwise boring task.

Offering contextually aware and proactive recommendations for restaurants, cafés and bars, Foursquare’s Marsbot doesn’t advertise itself as a chatbot per se.

Instead of answering questions, it claims to give you the answers before you even ask.

With its chat-style interface, it still utilises the same technology. Integrated into Slack and Messenger, TacoBot enables users to place an order at Taco Bell without even walking away from their device.

With fun quirks like adding a glass of water to an order if you say you’re drunk – this bot is designed to be humorous as well as convenient.

Available as an app, Luka is a brand new type of chatbot. A messaging service like WhatsApp, it allows you to talk to friends as well as Luka (your go-to guy for recommendations on food).

Alongside this, Luka is starting to introduce other bots into the platform, providing you with the right one for weather, gifs, news, or whatever it is you want to know. Despite the hoopla, let’s not forget that chatbots do come with a certain amount of risk attached.

You might recall Microsoft’s Taybot – an experiment that ended in disaster when the bot tweeted racist remarks and drug references after learning the behaviour from internet pranksters. For marketers, the perseverance of online trolls is not the only danger.

Of course it is wise to implement language filters (something Microsoft seemingly forgot), but programming automatic safeguards is not all there is to it. With many chatbots relying on human interaction to develop, a resistance or cynicism towards the service could result in many failing to work.

With its cringe-worthy tone and use of millennial slang, Taybot was criticised for being a desperate and patronising attempt at pandering to young people.

The question Microsoft failed to ask itself was – what if young people don’t want to be spoken to in this way?

What if we don’t all share Zuckerberg’s desire to make brands our friends?

The difference between technology aiding our lives and taking over our lives is a fine line for some.

Regardless, there’s no denying that conversational marketing is becoming an increasing reality. For brands, the key is going to be finding out how to use it in smart and relevant ways.

There’s bound to be a few more bad examples of chatbots to come – but as the tech improves and strategies become slicker, the future certainly looks chatty.

Econsultancy founder Ashley Friedlein will be giving a talk on chatbots at our Future of Digital Marketing conference in London on June 7th.

Watch this video to find out more.

Last year’s Women’s Aid campaign was cited as one of the best examples of outdoor marketing in recent years.

Highlighting how domestic violence against women often goes ignored, it used interactive digital technology in order to get the message across. 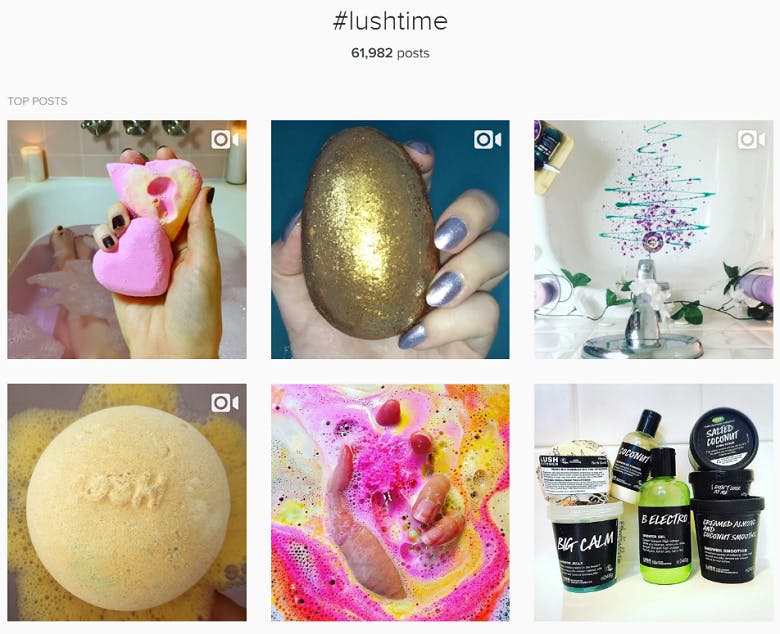 Lush Cosmetics is something of a modern marketing success story.

To anyone who has never set foot inside one of its (undeniably smelly) stores, this statement might sound a little surprising.