Upstart brokerage firm Robinhood built a billion-dollar fintech business in the span of a few years by targeting young customers with a slick mobile-based stock trading experience and $0 commissions, but the company is facing the biggest challenge of its short life in the wake of a trading frenzy that was sparked by an unprecedented effort by small-time investors to take on Wall Street hedge funds.

Those investors used social media, namely Reddit, to launch an all-out assault on a hedge fund that had bet massively against the shares of GameStop, an embattled brick-and-mortar gaming retailer. The frenzy soon spread to other so-called “meme stocks”, including AMC Theatres, creating a Wall Street spectacle the likes of which had never been seen before.

In mere hours, billions of dollars were being made and lost, on paper and in real life, and Robinhood, as the preferred trading app of legions of young investors, was a high-profile player in the saga.

But the historic event proved not to be a boon for Robinhood’s business. In fact, because of regulations governing the settlement of stock trades, the company found itself in a most unenviable position and was forced, along with a number of other brokerage firms, to enact restrictions on the trading of meme stocks. Robinhood reportedly also had to tap its investors for emergency funds during the trading frenzy.

The end result: Robinhood was branded a villain and targeted by customers who believe it was doing the bidding of powerful Wall Street players and is now facing dozens of lawsuits. The company’s CEO, Vlad Tenev, is even reported to have checked himself into a hotel due to personal security concerns, and was subsequently called to testify in hearings before Congress.

Here’s what companies can learn from Robinhood’s experience.

Robinhood rose rapidly to unicorn status in large part by catering to young investors — a market underserved by traditional brokerage firms. With a mission to “democratize the financial system”, Robinhood positioned itself as more than just a slick stock trading app; it was force working for the little guy, giving him the power to access a Wall Street that had previously been open but not welcoming.

But even before GameStop, Robinhood had faced criticism suggesting that it made it too easy for unknowledgeable young investors to get into trouble. The company is even currently facing a wrongful death lawsuit over the death of a customer who is said to have committed suicide when he thought he had lost a significant amount of money on a bad trade.

The GameStop saga made it impossible to ignore what appears to be an inconvenient truth: many of the company’s primarily young customers have limited experience trading stocks and options, and most almost certainly don’t have significant knowledge about the inner workings of brokerage firms, margin requirements, trade settlement, etc.

This became a huge problem for Robinhood when the frenzy of trading in GameStop and meme stocks forced the company limiting trading in these stocks because of regulatory requirements. Vocal, infuriated customers turned to social media, where allegations that Robinhood was conspiring with Wall Street players flourished.

In short, the very people Robinhood courted as customers also had characteristics that could also make them its worst enemies.

Robinhood didn’t just court young investors with commission-free trading. Like many disruptive startups, it created a user experience that had less friction and in many cases, might even be considered delightful compared to the experiences offered by traditional brokerage firms.

One of Robinhood’s customer experience improvements was called Instant Deposits. Normally, when a customer opens a brokerage account and adds funds to it from an external account, the brokerage firm will wait until the transaction completes before allowing the customer to make trades using those funds. This can take several business days.

While waiting up to several days to trade might not be ideal for new customers, brokerage firms are typically cautious for a reason: there is always a chance that the deposit will not complete and in that case, the brokerage firm would be on the hook for any trades the customer made with the funds they don’t have.

With Instant Deposits, Robinhood effectively gave customers an interest-free loan so that they could trade before their deposits were completed. The amount varied from as little as $1,000 to as much as $50,000 for customers who paid for Robinhood Gold, a premium subscription offering that gives customers access to additional features.

For obvious reasons, Instant Deposits had the potential to dramatically improve customer experience, but they also create liabilities for Robinhood and, it could be argued, help impulsive investors jump into a highly-volatile trading frenzy.

Many startups in the past decade have been highly disruptive to established markets. The most successful have created billion-dollar businesses in short periods of time by adopting new business models that are more attractive to consumers than those used by their larger, entrenched competitors.

But there are limits to disruption in highly-regulated markets and even though Robinhood positioned itself as a sort of anti-brokerage firm, it has always been subject to the same rules that apply to all brokerage firms. These rules are designed to ensure that investors are protected from fraud and the like, and that the brokerage firms themselves don’t cause a larger financial crisis.

When the trading in GameStop and meme stocks created compliance challenges for its business, Robinhood could not innovate or disrupt itself out of the crisis. It had to take action that would inevitably anger customers.

“If you’re not paying for the product, you are the product” is the 21st century’s caveat emptor. In Robinhood’s case, the company was able to offer commission free stock trading by selling its order flow to large financial institutions, such as high-frequency trading firms and hedge funds. In layman’s terms, this basically means that Robinhood was being paid to tell Wall Street firms what stocks its customers were buying and selling in real time. Critics charge that this information could, in theory, be used to front-run Robinhood’s customer trades and guarantee the Wall Street firms a virtually risk-free profit.

In other words, Robinhood’s customers are really the company’s product. While the media had covered this topic before, the GameStop event brought it into the spotlight because, ironically, one of the Robinhood’s biggest Wall Street clients, Citadel Securities, is associated with and even provided a bailout to Melvin Capital, the hedge fund that retail investors were targeting by buying GameStop shares. This coincidence no doubt played an important role in driving the conspiracy theories about Robinhood limiting trades to protect powerful players on Wall Street.

In a crisis, responses must be quick and near-perfect

Robinhood appears to have been caught off-guard by the trading frenzy as it escalated into an historic event. The company’s initial communication to customers about the actions it was taking was vague and lacked detail, which made its subsequent, more detailed communication look like post-hoc excuse-making.

The lesson: in today’s fast-paced, social media-driven mediascape, companies have scant time to respond to crisis and, complicating matters, they have little room for error in responses. When statements aren’t issued quickly, and aren’t clear and detailed, they can easily become fuel that expands a fire instead of water that helps put it out.

Where does Robinhood go from here?

In the wake of the GameStop saga, Robinhood has gone from Main Street hero to Wall Street villain, and social media is rife with Robinhood customers who claim to be taking their business elsewhere. Some industry observers have suggested that the GameStop saga is the beginning of the end for Robinhood, but the company is reportedly still preparing for an IPO in the near future.

While it’s clearly too early to assess the amount of lasting damage Robinhood has sustained, the company offers a cautionary tale about how quickly disruptive brands can themselves be disrupted by their own customers and their own success. 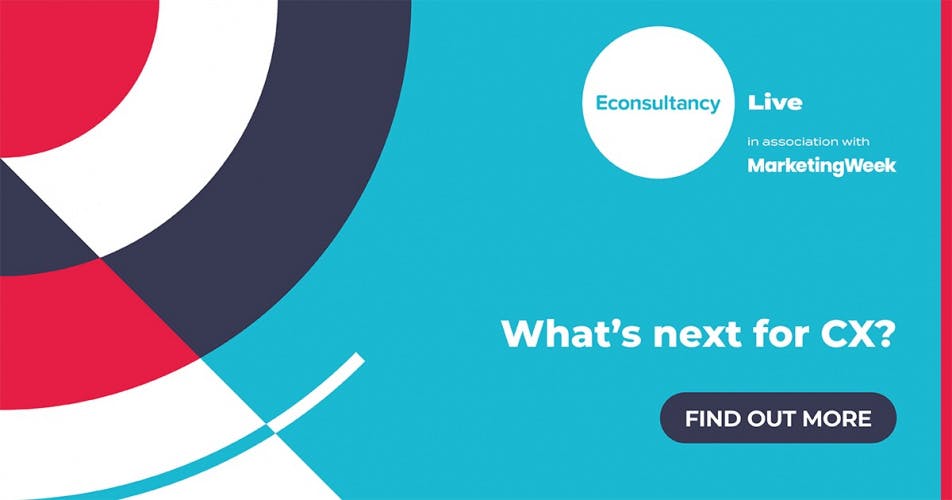 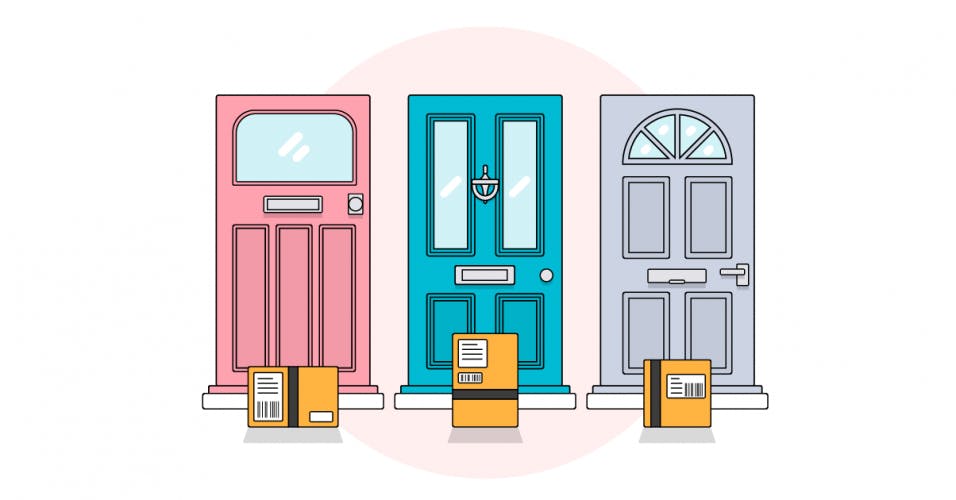 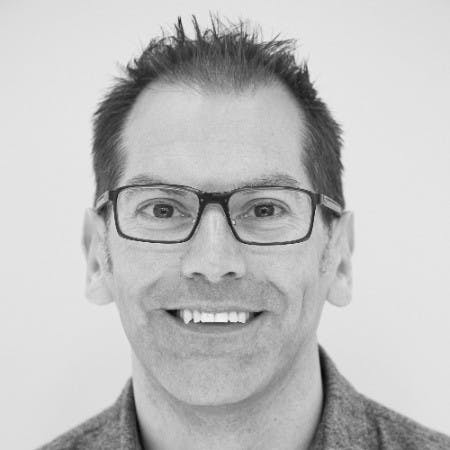 Mark Wright began his retail career in store management before moving into ecommerce as Head of Trading at Marks & Spencer. After a stint at Jack Wills, he is now Global Ops Director at Fat Face, a role which his colleagues jokingly inform him can be abbreviated to retail GOD. Wright was recorded in conversation […]