Broadly speaking, customers want apps with a purpose, and that reflect the values of the brand, according to a new benchmark study of iPhone apps.

News apps achieved the highest overall scores from users in the study: What was good about these apps?

From news apps, users were looking for simple and easy to use navigation and up to date content, while video content was well liked by reviewers.

The Sky apps, which both feature in the top four, have plenty of video content, and the Sky Sports app was praised for its use of video and image to enhance the articles.

Users disliked having to open up Safari to view articles in full, as was the case with the Yahoo app. It also means that they had to reopen the app after they had read something. Articles should be available to view within the app.

Another criticism was the lack of content on offer. Users want to see a broad range of articles across a number of topics.

There are some good news apps missing from this category though, such as those from the BBC, Guardian, and Telegraph.

These apps are potentially very useful for people on the move, but this turned out to be the lowest performing category. What are people looking for from directory apps?

The reviewers appreciated features such as maps which plotted the positions of businesses and services they had searched for.

They also want shortcuts that make searches easier and reduce the amount of typing they need to do, such as using the iPhone’s GPS to search for services near the user’s current location.

Detailed information and descriptions of businesses and locations, along with user reviews helped people to make a decision.

What are the problems?

Slow loading times was a major issue for the mystery shoppers. The nature of directory and guide apps means that they are used when people are out and about, and this perhaps means they are more vulnerable to variable connection speeds.

Among the worst marks were for those that used the apps merely as a portal to mobile sites, which defeats the purpose of an app.

The RAC Traffic app was marked down for poor usability, difficulty searching for traffic updates by postcode or city, and the lack of traffic alerts. Customers were looking for a similar experience on apps to that on desktop e-commerce sites, meaning the same stock availability, product information, and the ability to make a purchase.

Mobile usability is crucial, and the best apps were praised for ease of navigation and good filtering functionality.

Not surprisingly, Amazon was the top rated retail app, and this is because it ticks most of these boxes. The product pages are detailed, and most items contain plenty of reviews, while it has an easy payment process. If you already have an account (and plenty of its customers do), then making a purchase is very quick.

People also like the barcode scanning features on some of these apps. Amazon’s has this, as does the recently released Debenhams app.

The Sainsbury’s app received the lowest score, and this is because people are not able to make a purchase, just view store details and offers.

As the report points out, people who have downloaded a retailer’s app are more likely to be engaged with the brand, and not providing a route to purchase is a missed opportunity.

Other criticisms included limited stock, in the case of the House of Fraser Gift app, and a lack of product photos and information on the Interflora app. Booking.com was the top app here, thanks to an attractive design, good usability, and the ability to actually make a booking through the app.

Users want good information about hotels, including clear photos and customer ratings. These features help people make a decision about which hotel to use.

Geo location features which show nearby hotels on a map and provide directions were valued by users.

Where are these apps going wrong?

The lack of customer reviews and contextual information about the local area (things to see and do, restaurants etc) was a common criticism.

People also wanted to be able to make a booking through the app. One of the reasons that the Hotels app was marked down was that it directed users to an external website. It also didn’t show availability. 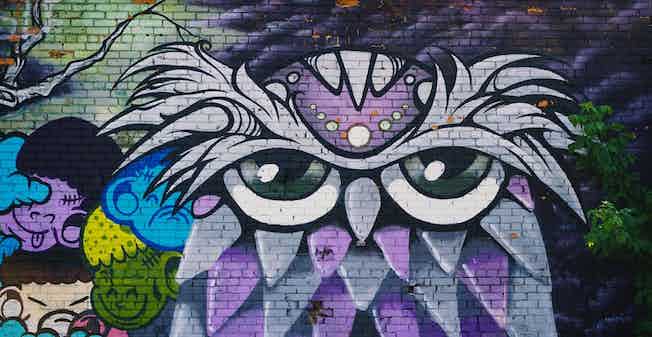 In a discipline that’s changing as rapidly as digital marketing, new ideas spread rapidly and even unproven concepts can have immense influence. They have the power to shape strategies and the budgets attached to them.

Sometimes those hot ideas turn into the next big thing, while others fizzle. But which ones? Econsultancy wants to know what you think.

Barnes & Noble has high hopes for its new e-book reader, the NOOK Color. Described by some as half e-reader, half-tablet, the $250 device, which runs on Google’s Android operating system, has been sold an estimated 3m times since its debut last November.

Now, B&N is eager to develop a strong developer ecosystem. The retailer has launched a NOOK SDK 1.0 and a shiny new NOOK Developer website which invites developers to “change the future of reading” with B&N.

Homeware retailer Lakeland launched its redesigned website recently, and the result is a good looking and usable site.

I’ve picked out things that etailers could do better online in the past, but for a change, I’ve listed ten e-commerce best practices from the new site, as well as a couple of potential improvements…