With this month seeing annual sales pass the £1bn mark, the high street bakery chain is clearly doing something right – especially in the context of Britain’s flailing high streets.

So, what exactly has contributed to Greggs’ continued run of success? Here’s a run down of its winning strategy and what we can learn from it.

Greggs is the largest bakery chain in the UK, now with nearly 2,000 stores nationwide. This year, it saw sales climb nearly 10% in the seven weeks to 16 February, spurred on by press coverage related to its vegan sausage roll (more of that later).

However, Greggs’ popularity is certainly not down to ‘trending’ on Twitter; the chain had already cemented itself as a staple on the high street in the years prior to this.

Much of its success in recent years has been due to Roger Whiteside – who was appointed Chief Executive of Greggs in 2013 – and his repositioning of Greggs as a ‘food-to-go’ chain rather than a than a take-home bakery. So, instead of looking at the likes of Sainsbury’s and Tesco as competitors, Greggs has taken on the likes of Starbucks and Costa Coffee to target coffee drinkers and pastry fans. The premise is affordable and accessible food, at all times of day.

As well as expanding its hot drinks and breakfast offerings, Greggs has also generated favour with its ‘balanced choice’ range, which includes salads and other healthier choices. Alongside a very affordable price point, this has helped the chain to shake off its outdated and ‘stodgy’ image, and carve a new reputation as a rival to modern and desirable coffee brands.

Due to changing consumer habits and increasingly high costs, British retailers are struggling. Interestingly, Greggs is one of the brands to buck this trend, instead seeing increased share investment and strong turnover.

One of the reasons for this is how the bakery meets consumer demand. Instead of opening further branches in towns and high streets (where it already has a significant presence), it has placed more stores in airports, train stations, and other places where people want to grab-and-go. This is similar to M&S’ Food, which has targeted a boost from travel hubs.

The Financial Times reports that, in 2018, Greggs opened 146 shops and closed 50. Furthermore, out of the 100 or more it expects to open this year, most are set to be in out-of-town retail sites and train stations rather than the high street.

Last year, an online petition by Peta was signed by 20,000 people, calling on Greggs to produce a vegan version of its bestselling sausage roll. As well as this growing demand for vegan options on the high street, Greggs also spotted a good opportunity for publicity, using the item’s launch to generate awareness and further sales.

Conveniently for Greggs, this was also enhanced by unwarranted publicity, partly stemming from Piers Morgan calling out the bakery for unnecessarily jumping on the ‘vegan’ bandwagon. He tweeted: “Nobody was waiting for a vegan bloody sausage, you PC-ravaged clowns.” However, as well as users and press picking up on the insult, a shrewd response from Greggs also ensured further attention.

This was not the first time that Greggs has turned around negative publicity; PR has been key to its marketing efforts over the years. In 2014, an offensive logo appeared on Google search results for the brand, alongside the slogan: “Providing s*** to scum for over 70 years”.

Instead of sidelining the embarrassment, Greggs quickly retorted, creating an amusing and smart conversation with Google on Twitter.

This kind of publicity is not always accidental, however, with Greggs also launching deliberately controversial and silly campaigns off its own back. In 2017, it launched a limited edition advent calendar containing tokens for menu items behind each window. The fact that baby Jesus was replaced by a partially eaten sausage roll naturally drew attention from both consumers and the press. In 2018, Greggs also created a tongue-in-cheek campaign to launch its new summer menu, going undercover at a London food festival with the name ‘Gregory and Gregory’.

Going back to its vegan sausage roll then – in light of its other marketing stunts – the reaction was likely well planned for. The bakery also produced a launch campaign that emulated high tech (including sending journalists a sample in a box reminiscent of the iPhone).

Today doesn't just mark our first day back in the studio after the festive break, but also the launch of @GreggsOfficial's vegan sausage roll! Does their PR campaign remind you of any brand in particular…?! https://t.co/I6LVMRtoYG #Greggs #Vegan #SausageRoll #Apple #Campaign pic.twitter.com/5uyokNdYCB

Of course, PR isn’t the only thing that sells sausage rolls. Greggs certainly also works hard to prove its value for customers with a focus on technology and experience in-store. Free Wi-Fi in its cafes is a simple but hugely valuable feature, again allowing it to compete with the likes of Starbucks and Cafe Nero.

While Greggs might not be the kind of place to stay and linger, it does encourage customers to dine in certain branches. The company even employs bouncers to watch over late night crowds at weekends.

Further to this, the bakery has focused on refurbishing many of its branches in recent years. It reportedly revamped around 100 shops in 2018, as well as opening a number of brand new shops and introducing drive-thrus. These refurbishments involved a more modern and streamline design, emphasising its ‘on-the-go’ aspect.

Last year, Greggs also rolled out click-and-collect breakfasts in three of its Manchester branches. Though a tad gimmicky, the scheme does align with its ‘food on the go’ promise, helping to create even more convenience for consumers during the busy morning rush hour. Similarly, Greggs has also trialled with food delivery apps including Deliveroo, meaning that people don’t even have to leave their sofa to get a Greggs.

Elsewhere online, Greggs’ social media presence generates continuous levels of engagement, with the brand demonstrating a humorous and decidedly British tone of voice. This is especially the case on Twitter, where it focuses on a fun and engaging style of content.

Things I was supposed to do this weekend:
1. Join a gym
2. Drink more water
3. Update my CV

Things I did this weekend:
1. Ate Steak Bakes in bed

What’s next for Greggs?

Greggs’ vegan sausage roll proved to be so popular that it sold out in several branches across the UK.

But was it just a case of hype or has Greggs actually won over a new audience?

A bit of both, perhaps, as it is hard to ignore the growing demand for vegan and healthy options. However, with Greggs’ track record of tongue-in-cheek marketing, it seems that most consumers don’t really mind either way – especially when it (apparently) tastes as good as the real thing. 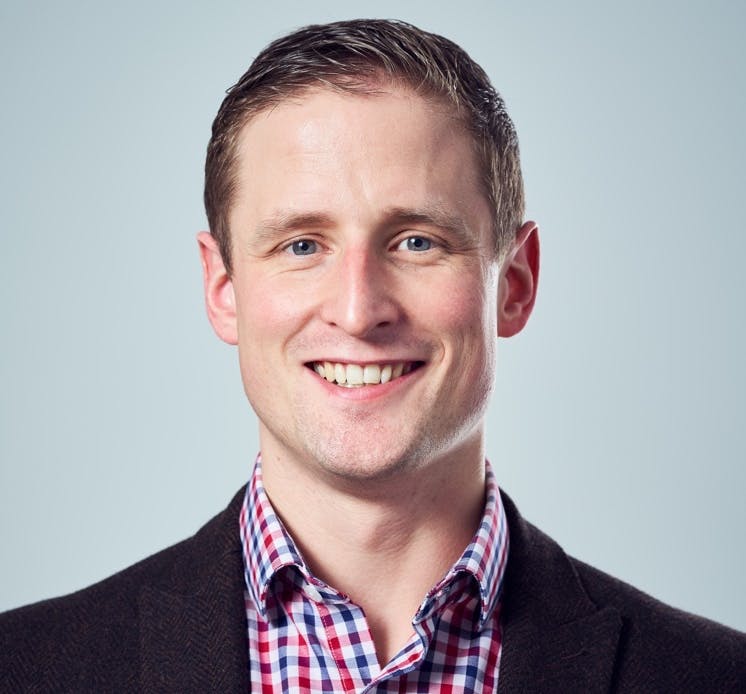 Talking about cars is not really my thing. Parking, on the other hand, I find strangely fascinating.