There are signs that the rise in online shopping seen during pandemic lockdown could be permanent. According to Adobe, global ecommerce sales are predicted to reach $4.2 trillion this year, while US ecommerce spend will top $1 trillion by 2022.

Naturally, this has also accelerated industry investment in ecommerce; retailers made approximately $10 billion in ecommerce investments, acquisitions and partnerships during May to July 2020 alone. But of course, not all retail brands are in a position to operate or expand online, largely due to the costly and complicated technology and infrastructure required.

This is where ‘ecommerce-as-a-service’ comes in – a term used to describe companies that offer both the software and services needed to help brands operate and scale online.

In order to fully understand what ecommerce-as-a-service entails – and why brands might go down this route – it is helpful to consider the various functions of any ecommerce business.

A varied mix, they range from payments and sales enablement to marketing, customer service and delivery. And while there are many software platforms out there that can offer support in these areas, such as Shopify and WooCommerce, components are typically built by different companies, meaning they do not easily integrate. With even the most established platforms having these limitations (particularly at scale), ecommerce brands often need to out-source certain services from third-party companies.

Ecommerce success is of course not guaranteed, either – studies suggest that 90% of start-up ecommerce businesses fail within 120 days. When it comes to the reasons why, a MarketingSignals survey of 1,253 owners of failed UK start-ups found a combination of factors involved. Thirty-seven per cent cited poor online marketing, for example, while 35% said a lack of online search visibility, and 16% said a lack of customer service.

Essentially, EAAS companies provide an an end-to-end service that brings together all the various ecommerce functions under a single umbrella, making it both easier and more affordable for brands to get started or scale up, as well as minimising the risks of poor execution or lack of focus on certain functions.

One company gaining traction in the EAAS market is Cart.com – an end-to-end ecommerce services provider that recently generated $98 million in its third round of funding, bringing its total funding to more than $140 million since November 2020.

Cart.com saw a gap in the market, in between small-scale ecommerce players (that are built using the likes of Shopify) and large businesses that have built their own custom technology and infrastructure, such as Home Depot and Walmart. Cart.com aims to own the entire ecommerce value chain, offering end-to-end support for companies with a high value proposition and a focus on growth. Through acquisitions, such as its buy-out of marketing consultancy DuMont Project, Cart.com has been able to broaden its expertise – in this case supporting its clients with multi-channel marketing and data intelligence strategies.

Speaking to Texas CEO Magazine, CEO and Co-Founder Omair Tariq commented on Cart.com’s end-to-end offering: “It’s a very daunting task, and that’s probably why nobody’s doing it, except for one company – Amazon,” he says. “So we believe we’re solving a $1 trillion problem, and more importantly, in some cases enabling certain brands to survive. There aren’t a lot of good options to go digital in the way we enable these brands to go digital.”

Another company offering similar support to retail brands in the UK is The Moot Group, which recently raised £5m in seed funding. Speaking to Econsultancy, CEO Nick Moutter recently explained how the company was born during the process of scaling its own ecommerce brand, Olivia’s. Upon realising the scope of “operations, warehousing, logistics, and most importantly, technology” needed in order to scale, TMG created TMG Bolt – an end-to-end platform used in-house as well as for third-party ecommerce brands.

Moutter explains that TMG is focused on “earlier stage pure play DTC [clients], so businesses that are just starting and need to adopt these tools and operations, and need the development support in order to be able to scale.”

Walmart sells its own technology

Alongside new companies, established retail brands are also tapping into ecommerce-as-a-service – largely as an alternative way of generating revenue.

One example of this is Walmart, which recently announced that it will be making its own technology and capabilities available to small and medium-sized businesses who want to better serve customers across channels. This is different to the likes of Cart.com, as Walmart’s technology is more focused on facilitating the customer experience in both online and offline channels – which also enables smaller retailers to reach local consumers. However, the move, which is in partnership with Adobe, will enable retailers to list themselves on Walmart Marketplace in order to access its fulfilment network, ultimately giving them a wider online reach.

In a blog post, John Furner, CEO of Walmart US, explained how the decision will also help Walmart’s technology to iterate and improve: “We’ve built new capabilities to serve the evolving needs of our own customers, and we have a unique opportunity to use our experience to help other businesses do the same. Commercializing our technologies and capabilities helps us sustainably reinvest back into our customer value proposition.”

Further to this, Adobe suggests it is working to make life even easier for retail brands by creating a “single, unified extension to enable our retail customers to easily manage multiple sales channels via a single integrated tool that provides easy, straight-forward account setup and catalog syndication.”

Zalando and Next give third-party brands a leg up

Zalando is another retail brand that is utilising its own technology and expertise, by enabling brick-and-mortar retail stores to plug into its ‘Connected Retail’ platform. For partnering brands, this means that Zalando takes care of everything ‘digital’, including content, customer care, payment operations, marketing, platform, and infrastructure. Zalando’s Partner Program operates in a similar way, but for retailers who want to ship directly to consumers (as opposed to from stores).

According to Zalando, the Connected Retail platform can help partnering retailers generate up to 60% incremental Gross Merchandise Volume (GMV) on top of their regular top line. Other benefits include increased footfall due to local stock visibility, and more sustainable delivery options.

Zalando attributes this success to a desire to build relationships with partnering retailers, in order to truly understand and serve the ‘joint customer’. Speaking to Business of Fashion, Zalando’s VP for Direct-to-Consumer Carsten Keller said, “We’re working to make retailers much more resilient. They are using the information we provide them and the practices that we’re using ourselves to effectively build their own e-comm space.”

In the UK, Next is generating success from its third-party retailers. In fact, Next predicts that its ‘Label’ brands – third-party brands selling through the Next online store – will earn £1.3bn in the financial year ahead, accounting for almost a third of group sales plus 28% of profit.

Meanwhile, Next’s Total Platform is predicted to generate further success for the retail brand. An end-to-end service, Total Platform enables retailers to trade online while all functions – including website, call centres, warehousing, distribution, returns and retail services – are handled by Next. As the retailer stated in its recent Annual Report, “the objective is to provide a better service at a lower cost, while delivering frictionless growth far faster and more simply than clients could develop their own operations.”

So far, Total Platform has five clients including Laura Ashley, Reiss, and Victoria’s Secret. And while Next has stated that it will stop at this for the rest of the year – instead concentrating on “smoothly and efficiently executing the transition to Total Platform for these clients” – the five brands are altogether expected to deliver around £10m of profit in the first year of operations.

Roll-ups are a rising trend

Finally, another path to growth for ecommerce brands is through roll-ups – an increasing trend within the industry – which can be seen as something of an off-shoot or part of ecommerce-as-a-service.

An ecommerce roll-up is when a retail aggregator or marketplace acquires a direct-to-consumer brand, and then uses their expertise and operational support to help them grow. Unlike a traditional buy-out, many aggregator companies focus on capital and technology, positioning themselves as platforms that can accelerate digital brands.

One example of this is Heydey, a digital platform that was set up in response to the growing success of DTC brands on Amazon Marketplace. In a press release following the closure of its $175m Series A funding round, Mark Crane, partner at General Catalyst explained: “Online marketplace ecosystems are transforming the way retail brands launch and reach wide consumer adoption. Heyday is building a data-driven technology platform that can help those brands reach real scale leveraging those marketplaces.”

While aggregators can aid start-ups overcome obstacles to growth, there are of course downsides to roll-ups, with founders having to sacrifice overall independence.

However, the growing prevalence of roll-up ecommerce companies – spearheaded by Thrasio, which recently reached unicorn status – highlights how the ecommerce industry is evolving, with strategy (rather than product) being the key to larger and longer-term success.

For more on how brands are adapting to the new wave of ecommerce and preparing for its future, don’t miss Econsultancy Live 2021: The Future of Ecommerce, taking place from 23-24 November. 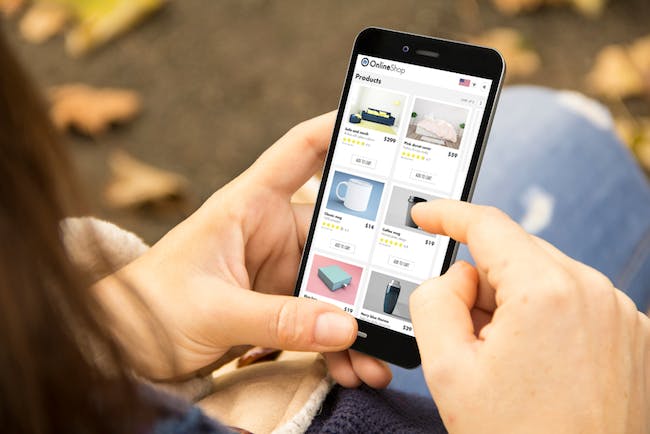 The path to purchase is changing a lot, with more products being purchased online than at any other time in retail history. According to eMarketer, nearly 150 million consumers worldwide became first-time ecommerce buyers in 2020. More than one-third purchased items they’d never bought online before, and 32% bought products from retailers they hadn’t shopped […]