But is traditional storytelling still as effective as it used to be?

As more brands look to target Generation Z – a demographic that seems to care more about social good than heritage or status – ‘talking the talk’ might no longer be enough. This brings us onto the concept of ‘storyliving’, which is more about what brands do, and less about what they say.

So, what is storyliving exactly, and what are the benefits? Here’s more on the concept, and whether or not it’s just another marketing buzzword.

Living a story – not just telling it

According to Neilsen, consumers desire a more personal connection in the way they gather information. This is why the majority of people tend to value recommendations from friends and family over brands, and why they’ll naturally be more engaged by an emotive story rather than factual information.

Storytelling is one way to create this personal connection. However, the reason why it doesn’t always work is down to a lack of authenticity. Storytelling needs to be driven by a brand’s core principles, and to embody its company voice and culture.

This means that storytelling for storytelling’s sake – i.e. a shallow or disjointed message – can come across as inauthentic and false. As a result, consumers will naturally pull away.

Storyliving can be a way to enhance a brand’s authenticity. Essentially, it is when a brand does more than just tell a story, and takes action of some kind – whether that’s to encourage positive behaviour in others, support a cause, or create meaningful experiences.

Consumers demand more from brands than ever before, particularly when it comes to doing good. A 2017 CSR study found that 87% of US consumers will purchase a product because a company advocates an issue they care about, while 76% will refuse to purchase a company’s products or services if it supports an issue contrary to their beliefs.

It’s no longer enough for brands to promote a cause. Now, they are expected to prove their commitment, and take action to drive change.

One example of a brand that does this is Ben & Jerry’s. Its marketing has always been rooted in storytelling, telling consumers how and why it began as well as what it stands for. However, instead of peddling the same passive narrative, it has strived to embody its values by actually put things into practice.

When it first started in the 1970’s, its mission statement was to “to make the world’s best ice cream, to run a financially successful company, and to make the world a better place”. From backing a petition against Trump’s refugee policies, to making its own manufacturing facilities more energy efficient – the brand continues to live this mission. In turn, it is recognised as an authentic company, and one that naturally appeals to a conscientious audience.

Join us and #SpeakUp about the issues of climate change! https://t.co/Zc8NwupgEs pic.twitter.com/YRcAMBscgg

Involving consumers in a story

Storytelling tends to be a one-way conversation, with brands merely talking at consumers rather than to them. This means that, regardless of how powerful the story may be, it still simply adds to the thousands of marketing messages that consumers receive every day.

In contrast, storyliving is when brands open up a dialogue with their audience, and actively involve them in their story.

REI’s ‘opt outside’ campaign is a great example of this. It started as a program for employees, paying them to take Black Friday off work, rather than experience one of the most intense (and sales-driven) days in the retail calendar. However, three years down the line, it has evolved into a global campaign, and one that 700 other organisations now take part in.

It also allows consumers to get involved, encouraging people to share how they’re also shunning the day by using the hashtag #optoutside on social media. Ultimately, the campaign has enabled the brand to put its own values into practice, and created a way for similarly-minded consumers to participate too. 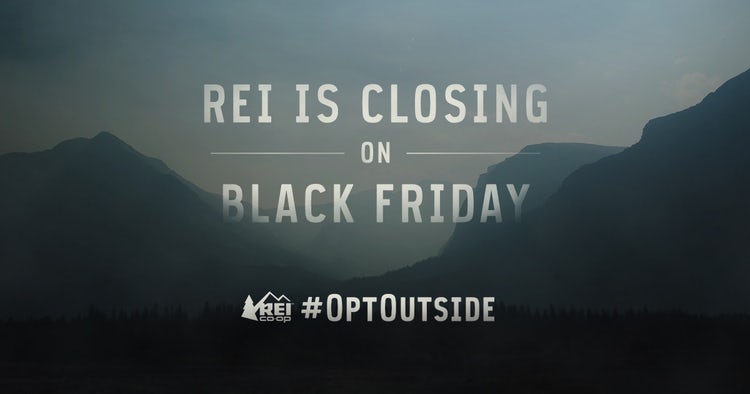 Airbnb is another good example of a brand that utilises the power of its own customers – conveniently because its customers (and their property) are its brand.

Instead of telling its own story, it encourages its customers to tell their own, making its ‘Airbnb Community’ a core part of its marketing. As well as creating a cycle of advocacy, this also helps to increase the authenticity of the brand, putting its service in the context of real life rather than through the lens of marketing.

A final and important element of storyliving is experiential marketing, which allows consumers to become fully immersed in a brand experience.

In order to create compelling experiences, however, brands are now recognising that it’s about how they make people feel rather than the message they convey. In other words, the drama or action is more important than the narrative.

Further to this, brands are recognising that these experiences become more memorable when they are shaped by the consumers themselves rather than the brand’s own agenda. Experiences need to offer something of real value (related to the consumer’s wider interests or needs).

A good example of this is Lucozade Sport’s ‘The Conditions Zone’, which allowed amateur footballers to play in the same heat and humidity as Brazil. During the game, players were hooked up to STATSports equipment, which provided them with post-match data including their body temperature and distance covered.

As well as promoting the hydrating effects of Lucozade Sport, the experience effectively tapped into the interests of its core consumer, and gave them an experience centred around their own performance and ability, which is likely to have made a long-lasting impression.

In a similar sense (but on a longer-term basis), Nike’s Run Club events allow consumers to live the brand, giving them a valuable reason to continue supporting and sharing the role it plays in their everyday lives.

Ultimately, with every brand having a story to tell, the very best differentiate themselves with a dedication to living it – and helping their audience to do so too. 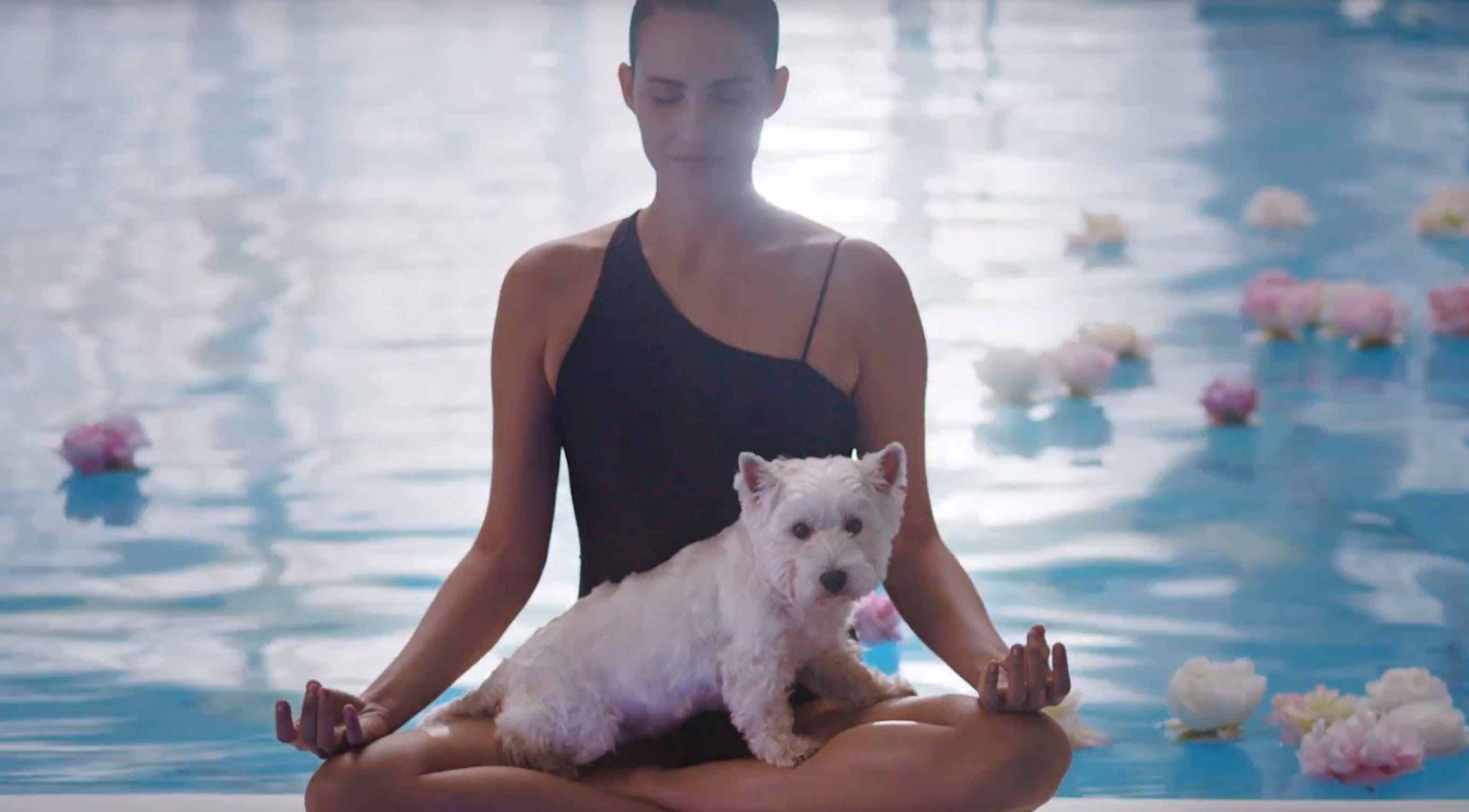 From Dollar Shave Club to Squarespace – we’ve seen brands of all kinds embrace humour in marketing.

It’s pretty obvious why. Humorous campaigns can be attention-grabbing and highly shareable, as long as they hit the mark, that is. 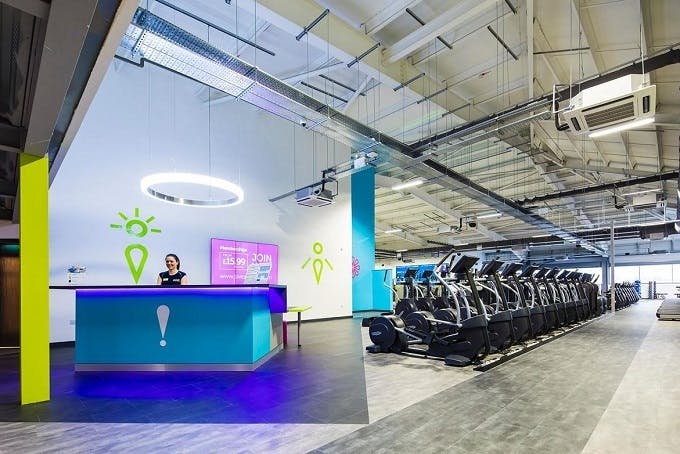