Snapchat, Facebook, and of course Instagram are the most popular versions, with the latter surpassing all others to reach 400 million daily users this year.

As a result of this success, other social apps have also followed suit, with Netflix and even Airbnb launching their own iterations of the format.

The latest social media app to experiment with Stories is YouTube, with its version (previously named ‘Reels’) now being rolled out to creators with 10,000 subscribers or more.

But is it yet another Instagram Stories wannabe, and will it catch on with viewers?

The low-down on Stories

Despite the success of Instagram Stories, YouTube doesn’t appear intent on making its own a carbon copy. There are marked differences between the two.

First, not everyone can create YouTube Stories, as the feature is only available to creators that already have a substantial audience. Second, the videos last for seven days rather than 24 hours, and there is also the option of creating multiple Stories, each with its own set of videos, to be live at one time. This is distinct from sites like Instagram and Snapchat, where all photos and videos are pulled into one, centralised Story.

In terms of discovery, Stories will appear in the ‘Up Next’ list for non-subscribers and in the ‘Subscriptions’ tab for subscribers. There are elements that are undeniably similar to Instagram and Snapchat, such as the ability to add music, filters, and stickers to videos. Additionally, viewers can comment on Stories as well as ‘heart’, ‘thumbs up’ or ‘thumbs down’ other comments. 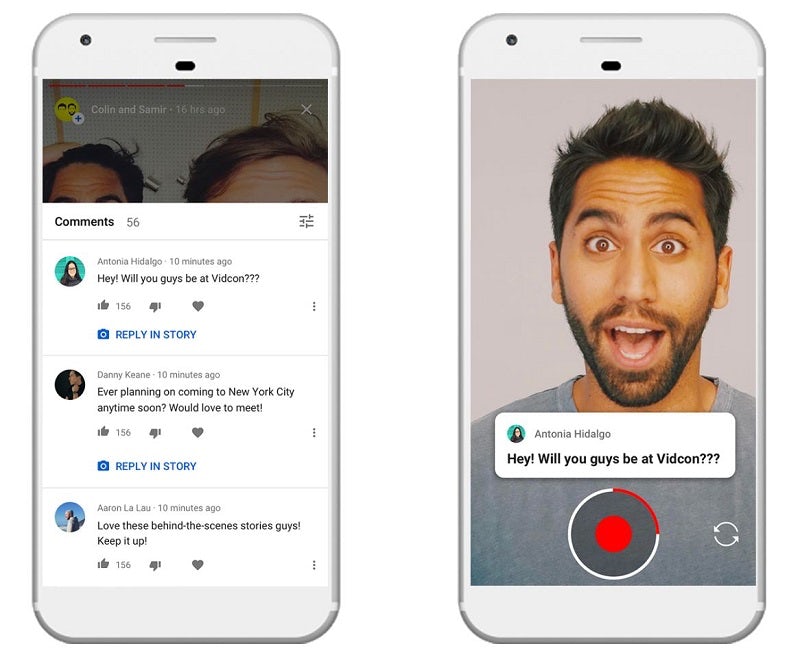 The fact that Stories is only available to creators with an audience of more than 10,000 subscribers is a clear indication of what YouTube wants the feature to be. In short, its aim is to help creators build on their communities, to promote channels, and to foster audience engagement.

The type of content already being pushed out on Stories is further evidence of this. FashionbyAlly – who took part in testing the feature – has created videos informing her audience about what’s coming next on her main channel. Similarly, other creators have used it to give viewers a glimpse of what happens behind the scenes of videos.

In this sense, it does serve a purpose similar to Instagram Stories, with the feature filling the gap in between main video content. Moreover, YouTube Stories theoretically takes away the need for creators to head elsewhere (such as Facebook or Instagram) to update audiences in a quicker, easier, and more low-key manner.

Let’s not forget, the production level on most YouTube videos is relatively high, meaning creators only tend to use the platform for an occasional upload. Apart from vloggers, of course, for whom Stories might be somewhat redundant.

Regardless, YouTube is clearly aiming to give creators more reason to stay within its own walls, and less need to engage with audiences elsewhere.

Since YouTube announced the roll-out of Stories, there’s been a wave of scepticism from both creators and users of the platform. Unsurprisingly, this is mostly related to the plethora of platforms already offering the feature, with the critics calling out YouTube for jumping on the bandwagon.

Another criticism is related to a wider problem on YouTube, and that is the platform’s favouring of bigger and established creators and its (perceived) shunning of small and start-up creators.

This stems from the fact that YouTube has recently cracked down on what it deems to be ‘inappropriate’ content, cutting the advertising rights of videos that include graphic images or explicit discussion. Some creators have argued that YouTube is wrongly punishing videos that touch on subjects like politics, sex, and mental health.

The problem is that most channels with a smaller audience rely on Adsense to monetise their videos – they don’t have the clout or influence needed for brand sponsorship. So, as the algorithm does not tend to favour videos without ads, it means smaller creators are failing to grow. And without monetisation through ads, it’s also making it harder for creators to sustain or fund their channels. Conversely, creators with a large and established audience are continuing to flourish.

Stories seems like another feature designed to help creators who are already established. The fact that YouTube claims the feature is a ‘community-focused’ initiative – designed to foster the ‘strong bonds’ created between all creators and fans – sounds mildly disingenuous in this sense, especially to those struggling to grow. While 10,000 subscribers might not sound like a massive amount, it is still difficult to achieve in a saturated field like YouTube.

Some people also seem a little doubtful as to whether Stories will actually foster real engagement on YouTube (any more than standard content). This is because creators can only reply to user comments with videos or photos rather than text. Which in theory sounds good, but could fall flat if the feature goes unused.

Youtube "Stories" are weird. They stay up for 7 days, they allow comments, but you can only reply with another video/pic, and they currently lack swipe up/video linking features which to me seems like a missed opportunity.

While YouTube is promoting Stories in the context of creators and influencers, the feature undoubtedly presents opportunities for marketers and brands on the platform.

Thus far, brands have largely used Instagram Stories and Snapchat to engage with users on a more personal level, and brand marketing on YouTube Stories could look very similar. Whether it’s behind-the-scenes footage, polls, competitions, or exclusive snippets of bigger campaigns – the format is ideal for a more casual and creative style of brand content.

But will brands bother moving to YouTube when they’re already succeeding on Instagram? The fact that videos last for seven days could bring some to the platform, as it gives viewers more of an opportunity to find content.

That being said, with YouTube becoming better-known for its longer and ‘lean back’ style of content in recent years, it’s hard to imagine users will flock to the platform to watch a 30 second brand video – especially if they’re already invested in Instagram.

Overall, it’s certainly an interesting experiment from YouTube, but only time will tell whether it (or indeed anything in future) will steal Instagram Stories’ crown.