Marketing budget growth continued to lose momentum in the first quarter of 2018. Main media advertising (TV, radio, etc) fell for the second time in five years and while internet marketing spend grew for the thirty-fifth successive quarter, its growth decelerated.

Facebook’s Custom and Lookalike audiences are either simple targeting tools that Trump used effectively, or nefarious psy-op mechanisms, depending on who you listen to.

UK marketing campaigns have been getting less effective across the board for a couple of years now. Besides, GDPR means we can barely do anything anymore anyway, AI is coming for all our jobs, AR and VR are going to change everything, and all manner of other acronyms are going to invent ways to keep us up at night.

And another thing, which is perhaps the only true bellwether among any of this, Wetherspoons are off Twitter, Facebook and pretty much everything online. Soon the only communication channel will be those boorish screeds that Tim Martin circulates on the beer mats in his otherwise reliable pubs.

Let’s not even get into the subject of those beer mats, Brexit. Whether we’re hurtling towards a catastrophe comparable to the fall of Rome or striding towards an ecstatic moment of national liberation from the shackles of a condescending bureaucratic empire, marketers are worried.

Truly then, the end is nigh.

In the face of this oncoming storm, what’s a marketer to do? A surprisingly in vogue option seems to be to consult the wisdom of the original civilisation dealing with barbarians at the gates, Ancient Rome. Stoicism in particular is enjoying yet another popular renaissance, but not in marketing.

Stoicism describes a school of thought that prizes virtue above all else, maintains a unity of all things and advocates the pointlessness of your opinions. Its most famous exponents include Seneca and the emperor Marcus Aurelius. Tim Ferris has described it as a personal operating system which has helped him navigate very challenging waters.

Much could be said about the conditions behind Stoicism’s recent popularity, but in business at least its rise has been driven by its influential fans. One can see why the author of The 4-Hour Work Week, Tim Ferriss might be attracted to this dictum of Aurelius’s:

“No, you do not have thousands of years to live. Urgency is on you.”

The popular Stoicism of Ferriss and the former Director of Marketing at American Apparel Ryan Holiday (“The essential idea of Stoicism in my interpretation is, you don’t control the world around you, you control how you respond”) has come in for its fair share of criticism (“hopelessly outmoded”).

However Stoicism has been nothing if not ironically flexible in its millenia of existence. While Holiday gets it in the neck for profiting from a philosophy that supposedly eschews material wealth, Seneca himself did much the same thing.

How then can this revived Stoicism help marketers weather the coming storm?

The most popular Stoic text is probably the Meditations (quoted above), a war diary written by the Emperor Marcus Aurelius. Bill Clinton counts it as his favourite book. Countless people have turned to it in times of trouble, including Ad Exec Jeremy Scott. It positively brims with wisdom, such as:

“Be like the rocky headland on which the waves constantly break. It stands firm, and round it the seething waters are laid to rest.”

There you are, marketers. In the face of wave after wave of GDPR crises, interminable meetings and IT meltdowns, remain calm and you will lay these seething waters (and your hyperventilating colleagues) to rest.

“Love the art which you have learnt, and take comfort in it.”

Professor Byron Sharp (no less) echoes this Stoic sentiment, marketers should “stand up and say what a fantastic profession we belong to.”

“Most of what we say and do is unnecessary: remove the superfluity, and you will have more time and less bother. So in every case one should prompt oneself: ‘Is this, or is it not, something necessary?’”

This one needs no explanation, but it certainly needs a lot of reiteration.

In the brave new world of artificial intelligence it can be shockingly easy to devalue one’s own intelligence. The core job of the marketer remains relentless critical and creative thinking.

“Do externals tend to distract you? Then give yourself the space to learn some further good lesson, and stop your wandering”

Controversially, there might in fact be a lot of value in procrastination, but Aurelius is right about staying focussed on the things that really matter.

“To pursue the impossible is madness”

A good one to bear in mind when discussing KPIs with your boss.

“All that exists will soon change. Either it will be turned into vapour, if all matter is a unity, or it will be scattered in atoms”

None of this really matters anyway…

“Don’t let your mind settle into depression or elation. Allow some leisure in your life.”

…so why not relax?

(All quotes are taken from Martin Hammond’s 2006 translation of Marcus Aurelius’s Meditations, available as a Penguin Classic.)

Focus on the things you really should be able to control

This is perhaps the most important thing a Stoic marketer can do.

Along with reserving judgment and obsessing over death, a major theme of Stoicism is to stop worrying about things beyond your control and to focus on self-cultivation and internal improvement. Marketers know this feeling well.

We should always be asking ourselves: “Is this something that is, or is not, in my control?” - Epictetus, Enchiridion

Whether through advertising or other forms of promotion, marketers spend a lot of time getting out in the chaotic world, trying to get people to pay attention to them, and having little control over whether they do or not. Digital advertising especially introduces largely algorithmic media allocation that deprives marketers of much control over where and how their ads appear, let alone how people react.

Marketers are drawn to the Stoic focus on internal improvement. Digital advertising can do a lot to get users through to a website, but the important part is what happens once they are there. Too many marketers are prevented from controlling even this aspect of the user experience, by a phenomenon we at Amigo have described as the marketing execution gap.

It’s often difficult to control the things you should be able to control. When working at Google, I was amazed how many marketing managers would complain that they can’t control their website. They would bemoan the fact that they were being judged on conversion rate rather than click-through-rate, when they had such little control over the last mile of the customer journey.

The Economist for example has exhibited a laudably Stoic attitude to building digital products. As Head of Product Denise Law put it, “while it’s important to experiment with new platforms such as social media and other third-party channels, we realised that it’s even more important to invest in the platforms we ultimately control, such as our website and apps.”

The Stoic marketer needs to overcome legacy IT, siloed data, limited IT resources, and confusing and inflexible marketing technology. To weather the coming storm, we need to focus internally, on those things we can control (if we have the right tools) and target our efforts at the last mile of the customer journey.

“Are you angry with the man who smells like a goat, or the one with foul breath? What will you have him do? That’s the way his mouth is, that’s the way his armpits are, so it is inevitable that they should give out odours to match.” 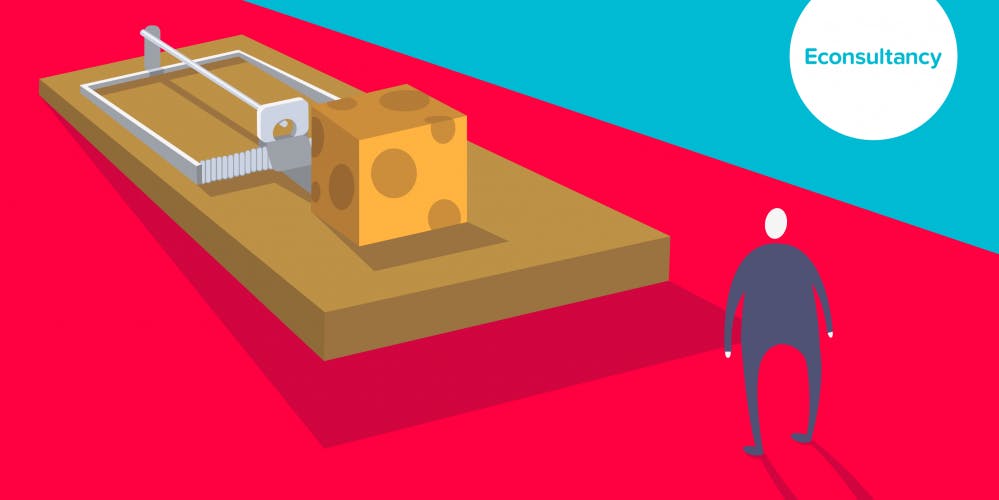 Today’s marketer has ever more choices to make, detail to master and technical skills to be on top of, in terms of how they execute their plans.

From the the myriad of clever ways in which you can use use the internet to conduct fast, large-scale quantitative customer research and then sophisticated analytical techniques to cut up the data, through the micro-targeting of online campaigns, to the demand for instant measurement of results, the complexity is mind-boggling.

It’s a far cry from my start in marketing in the early 1990s at a pre-internet P&G.