Yes, Facebook is the subject of a constant stream of criticism and was even forced to make changes to its platform policies and end partnerships that allowed it to offer advertisers certain targeting options.

But demand for advertising on the world’s largest social network hasn’t taken a hit, so short of a mass exodus of users that leaves it with much fewer eyeballs to sell inventory against, it would appear that Facebook’s ad business is as secure as Fort Knox.

It is said that powerful organizations aren’t defeated by outside forces. Rather, their demise comes as a result of internal decay. Could that happen to the powerful business Facebook has built?

It’s a question worth asking as Facebook CEO Mark Zuckerberg recently announced a new vision for his company and social networking – one that is “privacy-focused”. In a public statement, Zuckerberg wrote:

“I understand that many people don’t think Facebook can or would even want to build this kind of privacy-focused platform – because frankly we don’t currently have a strong reputation for building privacy protective services, and we’ve historically focused on tools for more open sharing. But we’ve repeatedly shown that we can evolve to build the services that people really want, including in private messaging and stories.”

“I believe the future of communication will increasingly shift to private, encrypted services where people can be confident what they say to each other stays secure and their messages and content won’t stick around forever. This is the future I hope we will help bring about.”

The seemingly stark change in direction for Facebook naturally sparked debate and even caused some to question whether Zuckerberg’s sudden concern for privacy was sincere. Time will tell, but the most interesting thing about Zuckerberg’s statement was what happened shortly after it was published.

Cox had been with Facebook since 2005 and was one of its first 15 software engineers. He played a key role in the development of some of Facebook’s most important features, including its News Feed, and was promoted to the role of Chief Product Officer in 2014. Just last year, he was tasked with oversight of all of the company’s apps – Facebook, Instagram, Messenger and WhatsApp – making him arguably the most important executive at Facebook after Zuckerberg. In fact, he had once been described as  Zuckerberg’s “most essential” executive because of not only his talent, but loyalty to Zuckerberg and Facebook.

“Why is Cox leaving just as Facebook embarks on a new strategic direction?” observers are asking.

Zuckerberg’s public explanation came in a staff note: “Embarking on this new vision represents the start of a new chapter for us. While it is sad to lose such great people, this also creates opportunities for more great leaders who are energized about the path ahead to take on new and bigger roles.”

But interestingly, Facebook apparently has no immediate plans to replace Cox, which would appear to give Zuckerberg almost total control over the strategic direction of Facebook’s products.

A somewhat ominous note Cox sent to staff added to the intrigue. “For over a decade, I’ve been sharing the same message that Mark and I have always believed: Social media’s history is not yet written, and its effects are not neutral. As its builders we must endeavor to understand its impact – all the good,
and all the bad – and take up the daily work of bending it towards the positive, and towards the good,” it read.

Cox wasn’t the only key executive who departed Facebook last week. Chris Daniels, the head of WhatsApp, also announced his exit from the company, adding to a growing list of key staff who have decided to leave the social network.

That list includes WhatsApp founders Jan Koum and Brian Acton and Instagram founders Kevin Systrom and Mike Krieger. According to media reports, all are said to have clashed with Zuckerberg.

The company also lost its Chief Security Officer, Alex Stamos, last year. Like Cox, his role was not filled.

While some turnover is expected at large companies, especially when they are facing headwinds, the number of high-profile exits at Facebook, and the circumstances under which some of them are said to have occurred, is not typically a pattern associated with companies that have healthy internal dynamics.

And with Facebook now facing even greater scrutiny, including a criminal investigation over its data sharing practices and a federal probe into whether it engaged in a Cambridge Analytica cover-up, one can only assume that the pressure on the top staff remaining will only increase.

The impact on advertisers

It’s unlikely that Facebook’s internal drama will have an immediate effect on advertisers. Facebook still has billions of eyeballs to sell, and thanks to its savvy acquisition of Instagram and WhatsApp, owns two platforms that at least some consumers seem to be trading Facebook for.

But that doesn’t mean that Facebook’s future, and in turn that of the advertisers who make heavy use of it, isn’t in jeopardy. The departure of some of the company’s top talent is concerning because it threatens the company’s ability to innovate and build products that address ever-changing consumer
tastes.

Even more concerning is the fact that in some instances, Facebook doesn’t appear to have an interest in replacing lost talent, leaving Zuckerberg in an emperor-like position.

Interestingly, in a New Yorker interview published last September, Zuckerberg revealed a fondness for Augustus Caesar, the first Emperor of the Roman Empire, and the Facebook chief hinted that Augustus’ infamously harsh rule could potentially be justified by the “world peace” Zuckerberg believed it
brought about.

Perhaps Zuckerberg sees himself as the leader of a Roman Empire-like Facebook. But what if Facebook isn’t the Roman Empire, and is instead the Roman Republic that preceded it? And what if Zuckerberg is not Augustus Caesar, but rather Julius Caesar, who presided over the Republic as it
faltered from within?

Such a question might seem too academic for advertisers, but they should consider that while Zuckerberg has been the public face of Facebook, he has always been surrounded by some of Silicon Valley’s best and brightest and they have played a huge role in the company’s ability to navigate rough
waters and succeed.

If Facebook’s top-executive brain drain effectively leaves the company’s chief more and more isolated precisely at the time it faces its biggest challenges and threats, the potential for much more rapid and dramatic changes to Facebook’s strategy, services and ad offerings will increase substantially.

While Zuckerberg’s abilities should not be underestimated, the situation that appears to be developing is likely to be more to advertisers’ detriment than their benefit.

Read more on Facebook, or check out our Social Media Best Practice Guide. 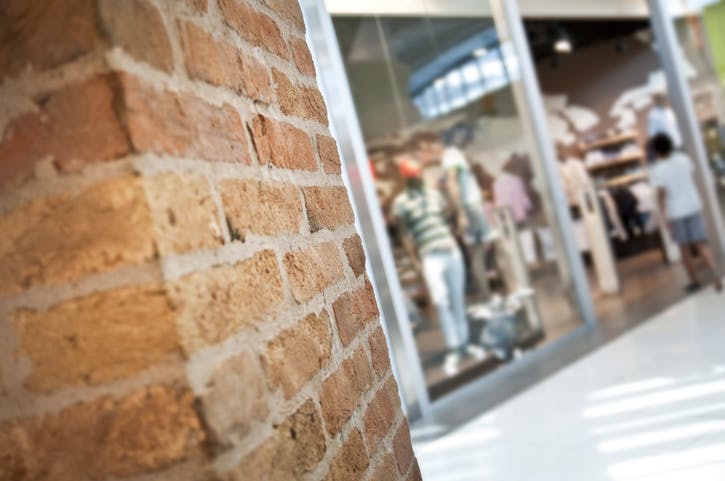 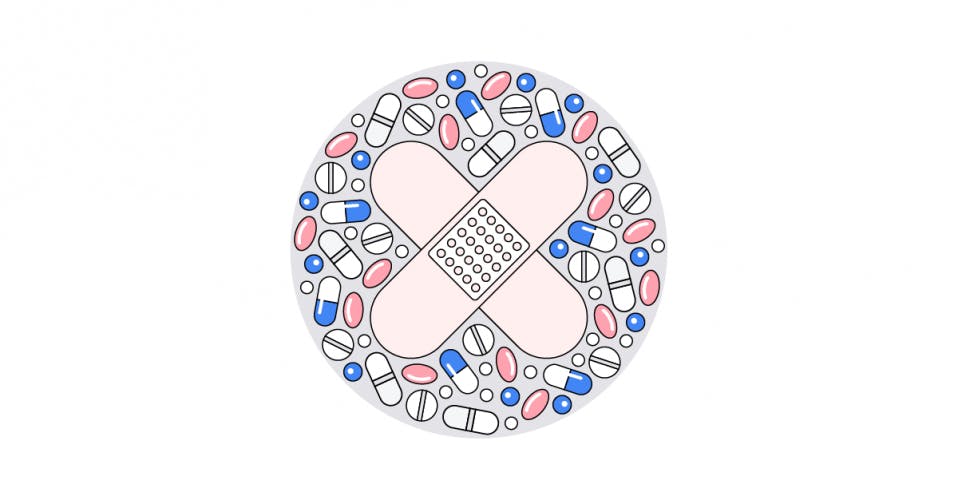 Every year, pharma companies spend billions of dollars promoting their drugs. But today pharma marketers face potentially existential threats to the way they operate: the industry’s reputation woes have sparked talks of regulation that could severely limit or even put an end to many of their existing marketing efforts. 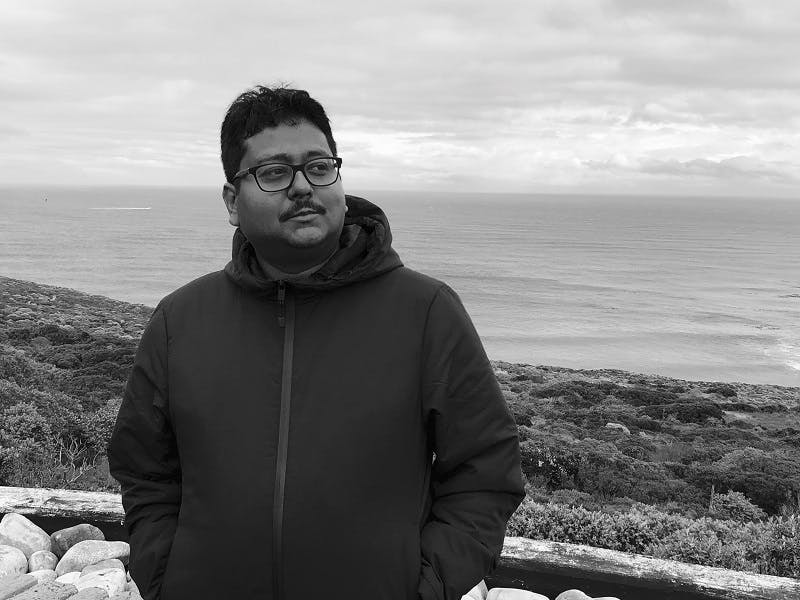 Anadi Sah is the Head of Innovation – Creative & Technology at Isobar India.