After ASOS’ previous chatbot attempt – the rather disappointing ‘Gift Assistant’ last Christmas – my expectations were rather low.  But perhaps I was doing ASOS a disservice. After all, there’s a reason the retailer is known for innovation in the ecommerce space, as well as a commitment to improving UX.

And as it turns out, Enki is actually pretty good. Here’s why. It’s pretty likely that most people who use Enki will be regular ASOS shoppers. They’ll probably have their own preferred way of browsing online or the app, whether that’s scrolling through ‘what’s new’, searching through categories, or using the brand edits.

Enki aims to encourage users to experience ASOS in a different way (and not just on a different channel). This is mainly through its ‘Style Match’ technology, which allows users to search for items similar to ones they already like.

So if, for example, you see someone wearing something you like the look of, you can send Enki a photo of it to discover similar items for sale. This is the same technology used for ASOS’ ‘visual search’ feature on the brand’s app. However, in the context of a chatbot, the experience is far more interactive, with Enki prompting users to take further action rather than just delivering the results. You can add items to your ‘shortlist’ or click ‘you might also like’ to see other similar examples.

This definitely makes Enki feel more like a ‘personal shopper’ – one that actively searches for items on your behalf. And rather than narrowing down search based on random categories, the results are far more focused.

If you’re using the chatbot on mobile, another handy feature is that – instead of taking you out of Messenger – you can view product pages in a pop-up window when you click on them. Here you can swipe through photos as well as view videos. Another positive of Enki is greater personalisation, with the chatbot also able to recommend items based on the user’s own personal style. Again, this is another feature pulled from the brand’s app, which also has a ‘My Edit’ feature based on the user’s previous purchase and browsing behaviour.

This does mean that you need to regularly interact with ASOS to be able to fully reap the benefits. If you’ve only bought a couple of items or browsed the odd time, there won’t be many items to show. However, the more you continue to interact, the more options Enki will provide.

Other elements of personalisation include the option to browse items from specific brands that you love (i.e. have interacted with in the past), as well as the ability to set a budget for the items Enki recommends.

The latter feature is particularly handy, making the browsing experience far easier and more tailored to you. So, what about the actual chat element? Interestingly, ASOS has chosen to steer clear of free-form text, mostly asking users to select what they want to do.

You can type in a response, but the bot will only repeat the question or provide an option for you to click if you veer off piste. This solves a pretty big problem in the world of chatbots – namely that natural language processing is not sophisticated enough yet. The results can be messy and frustrating from a user perspective.

By focusing on a decision-tree format, Enki is able to stay in control.

In terms of its tone of voice, there is lots of conversational chat involved, which also makes the bot feel natural and aligned to ASOS’ wider personality. Enki often incorporates real-time context too, such as ‘Happy Thursday’, to enhance the personalised feel.

A work in progress

According to ASOS, Enki is still learning. This is evident throughout the experience, with the bot continually asking for feedback on what it recommends as well as tips on how it can improve.

This is another thing that sets Enki apart from other retail chatbots I’ve tried, which seem to involve limited technology (that fails to really change or improve over time).

By informing users that there are improvements to come, it also gives people a reason to come back, perhaps helping to counteract another big problem associated with chatbots – user abandonment. Will it increase social conversions?

For most brands, chatbots tend to be a PR or marketing exercise, with the aim being to create a bit of a buzz on social. In contrast, ASOS looks intent on making its bot good enough to provide real value for users.

So far, it has achieved this – I found it both enjoyable and helpful to use.

It’s hard to say whether or not it will increase conversions directly through social, however, I think it will certainly act as a valuable step in the purchasing process (effectively pushing people towards a sale).

One of the main reasons is that Enki offers to send users weekly edits, which could tempt people back into the cycle of browsing, much like an abandonment email might. The fact that it’s done through a social media channel might mean that some people are more willing to re-engage. Meanwhile, the ‘shortlist’ element (which effectively saves your favourite items) acts as a handy reminder for those items just waiting to be bought.

This, combined with a pretty addictive UX and its handy Style Match feature, makes it the best retail bot I’ve tried so far. 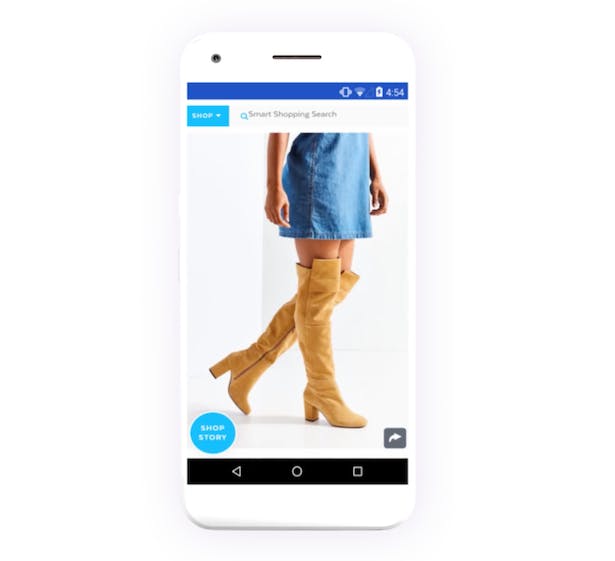 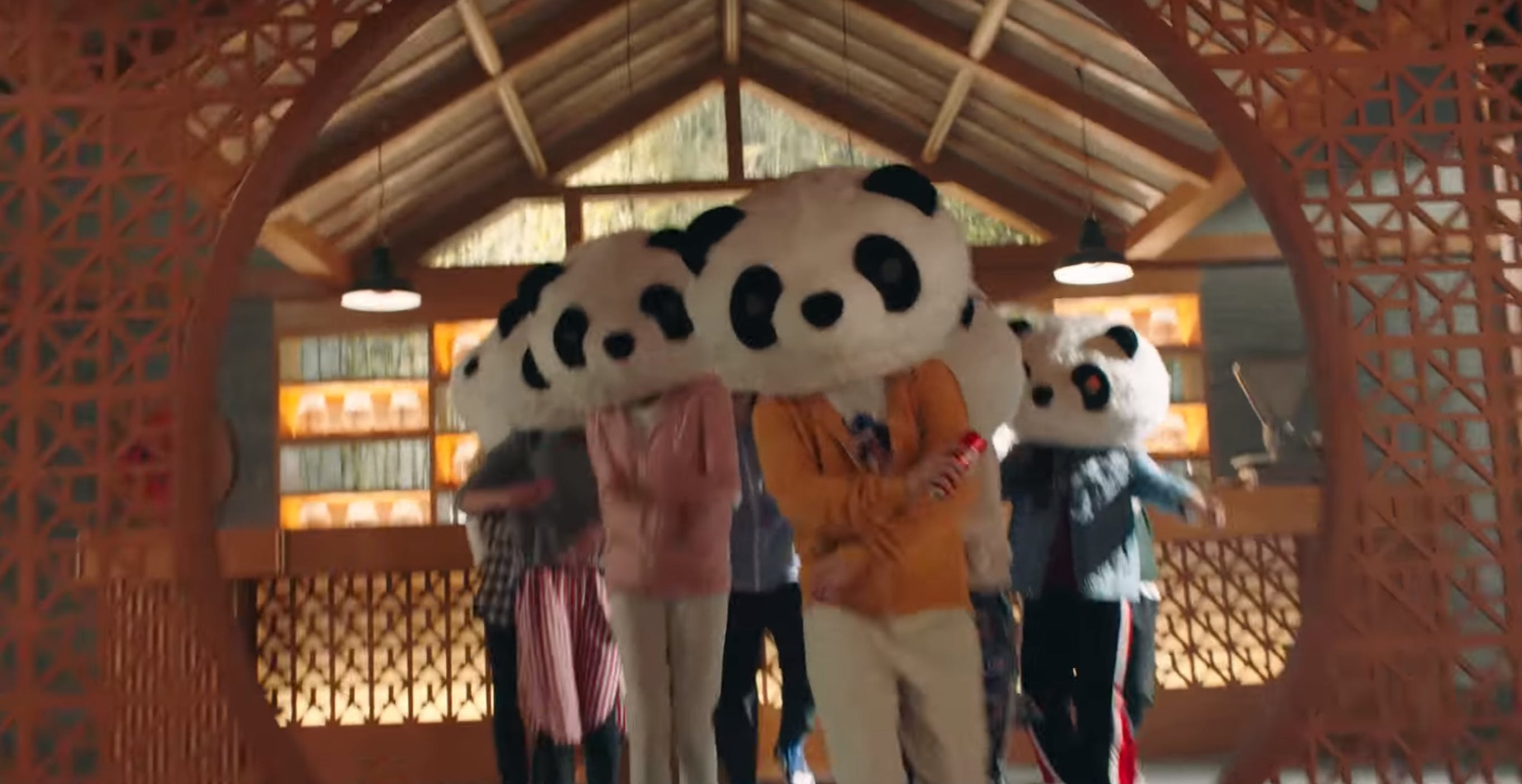 Welcome to The Week in Digital Transformation, a regular round-up where we look back on the most interesting ideas, announcements and developments in the realm of digital transformation over the past week.

This week’s instalment is packed with big names, as Coca-Cola, Volkswagen and Manchester United are all doubling down on digital transformation in different ways. Coca-Cola wants to use AR to go beyond reality, Volkswagen is joining the sharing economy, and Man United has unveiled a gleaming new app and website as part of its broader transformation strategy. 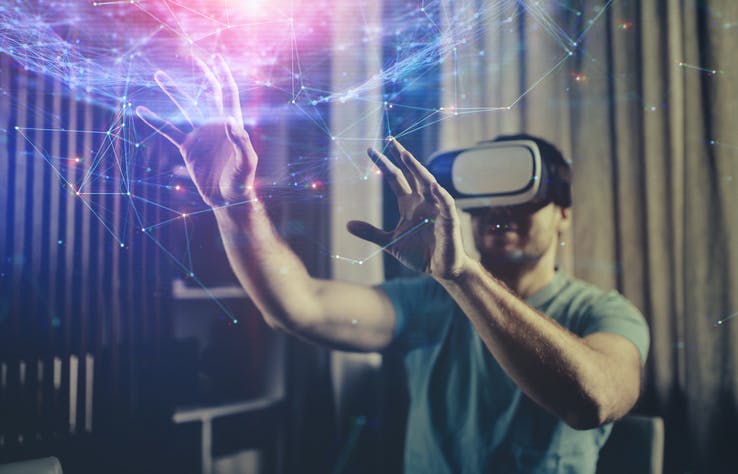