Whilst they are not alone in being highly active – most teams are – the output is far above their rivals’.

Here are three things that set them apart from their on – and off-field – competition.

The first thing is the sheer quantity of profiles – over twenty-five, sprinkled across Twitter, Instagram, WeChat, Weibo, and beyond. Each has slightly tailored content, authored in Italian (naturally), English, Arabic, Indonesian, Bosnian, Farsi, and Persian! Just last week a Swahili handle was launched, the first of its kind globally. This dedication to conversing with their fanbase is way beyond the majority of football clubs, let alone most brands.

There is a higher purpose to this activity too. Attracting fans is both hugely competitive and important and this multi-language approach is an effective recruitment tool. There is no better example than that of @ASRomaPidgin, aimed at Nigerian followers, which came about after social listening found a great clip of a radio personality commentating on a game. Having seen interest from within the country, the club created the profile: furthermore, AS Roma decided to support Nigeria’s ‘Super Eagles’ in the 2018 World Cup (once the Italian national team failed to qualify).

How a Nigerian radio presenter’s incredibly passionate commentary of #ASRoma’s amazing comeback against Barcelona prompted the Giallorossi to team up with the Nigerian FA and help power the @SuperEagles social media output during the #WorldCup pic.twitter.com/3IFqatB4a4

Whilst the account has garnered an admittedly modest nineteen thousand follower count, it gives the club first-mover advantage within a huge market. Expect to see more considered executions like this in the future.

Women’s football is gaining momentum, particularly following the successful World Cup during the summer. Yet, the fear that many have is that the fervor for the game recedes as the autumnal months draw-in. As such, it is crucial that the ladies’ teams are supported by their clubs. Few do this better than AS Roma. As you might expect, there are dedicated channels, which produce content at a comparable cadence to the mens’ (including live commentary on all the games), and with the same wit. They also champion other women, such as Brigid Kosgei, whom they lauded for her incredible world record marathon run on 13th October. It may be a simple gesture – a retweet with the comment “Forza Brigid Kosgei” – but it is relevant content that underpins support of women’s sport.

The only slight shame is that the club used to be more vocal in replying to trolls, actively calling-out their childish attitudes in a very funny way. Now they simply remove the offending posts. That said, there was an amusing post recently that used a popular meme of a girl pushing a little boy into a ball pit that was accompanied by the line: “Whenever women are pursuing their sporting passion and some teenage fanboy tries to pipe up with a hilarious ‘Back to the kitchen’ tweet”. Again, carefully crafted content, which fostered exactly the bruised male ego retorts that it went fishing for.

Whenever women are pursuing their sporting passion and some teenage fanboy tries to pipe up with a hilarious ‘Back to the kitchen’ tweet ????‍♀️
pic.twitter.com/Z11pyC8K26

Every summer soccer produces a frenzy of player transfers, often for eye-watering amounts of money. Each brings myriad publicity opportunities, from arriving at the airport to the obligatory unveiling and shirt-hold. Whilst they spark euphoria for the fans, their impact has little wider meaning. Recognising this, AS Roma decided to leverage those moments for a greater good: partnering with UK charity ‘Missing People’ they paired pictures of each new player with faces of those who had gone missing. In so doing, the club created mass awareness of both the missing individuals and the contact details to provide information about their whereabouts. At time of writing the initiative has led to five people being found. Concurrently, the club converted all Error 404 pages on asroma.com into posters for missing children’s charities.

FANTASTIC NEWS!⁣ ⁣ FOUND! A teenage girl from London, England, who featured in an #ASRoma Missing Children transfer announcement video six days ago has been found safe and well.⁣ ⁣ The announcement video featuring the 15-year-old girl, who can no longer be identified for legal reasons after being found safe and well, has been removed from #ASRoma social media but an edited version has been re-published in the hope of finding the other children featured ????

A further act of altruism is the partnership with English club, Hackney Wick, announced on Non-League Day 2019. The non-league team aims to get kids off the streets through football, with the ambition of becoming the symbol of anti-youth violence in London. AS Roma has committed to shining a light on the team via exposure in the form of retweets and interviews on the club’s website, whilst also exploring ways to help them continue to grow and change lives.

A week ago, #ASRoma announced it was adopting @HackneyWickFC on #NonLeagueDay.

This is the incredible story of @RobertKasanga, who went from gangs & armed robbery to prison to setting up a football club to give local kids a chance to stay out of trouble????https://t.co/fF4g2BneDj pic.twitter.com/RUmTg5tVEn

This follows a similar activation last year with Scottish Junior side Saint Anthony and is a year in the making, having tracked founder Bobby Kasanga’s story, one which took him from prison to the pitch.

With some justification football is regarded as self-serving, but these are fantastic campaigns that are authentic and relevant to their core followers too.

Getting ahead of the game

Some might argue that it is ‘easy’ to manage a sports account, with ready-made consumer interest, lots of content (from players to highlights to interviews), and existing fans. However, that is overly simplistic – AS Roma has a finely-tuned tone of voice, which is the reason it is able to roll-out so many accounts with such engaging material. Moreover, a dedicated GIPHY account, with over two-thousand GIFS, helps their fans to continue the conversation. It will be interesting to see how they adopt new channels such as TikTok.

More articles on digital and football 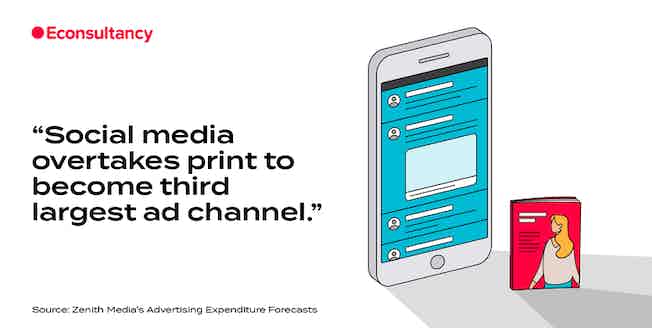