As with most successful content marketers, Chevrolet tailors its output to suit each particular channel. Let’s take a look at some its best content to see why it’s so effective.

The theme underpinning most of Chevrolet’s content strategy seems to be positive messaging, and this is evident in its blog page.

The idea behind ‘Chevy Life’ is that a car is more than just a vehicle to get you from A to B. It’s the thing that enables you to experience life more fully, and the article titles reflect that concept. ‘Join us in the drive to end breast cancer’, ‘Share the warmth’, ‘Giving back to the community’, ‘Adventure’: all of these phrases create a positive and uplifting image without being directly related to cars. This is a good technique because brands should always aim to promote their content across multiple platforms, but Chevrolet could perhaps do with some more editorial-focused posts to break things up a bit.

The clips are split between the kind of petrol head appeasing stuff you might expect to see on Top Gear and videos that support the positive messaging I talked about earlier.

I’m not particularly a massive car fan, but even I can’t help get a little bit excited by this clip of a Corvette Stingray.

This somewhat bowel-loosening clip highlights the common misconception that steel is always the better metal choice for strength. And there’s a bear in it.

In the video below, Chevrolet creates a number of focus groups to find out whether ownership of a truck makes you a generally more appealing and enviable human being.

By showing people two pictures of the same guy standing in front of a truck and a normal car, the undeniably scientific test discovered that owning a truck makes you 85% more handsome.

The focus group clip falls somewhere between the two types of videos I mentioned. On the one hand it’s pandering to the stereotypical ‘manly’ image (sports and cars and beards. Yeah!). On the other hand it’s funny and light-hearted and leaves the viewer with a fairly positive feeling.

In this next video, Chevrolet proves it isn’t really a misogynistic woman-excluder by subverting the stereotype of girls being unable to throw things properly.

This clip follows 13-year-old baseball prodigy Mo’ne Davis as she discusses her passion for sport and her ability to throw a ball at 70 miles per hour.

My favourite Chevrolet YouTube effort has to be its #BestDayEver campaign. The 1 April campaign was designed to turn the idea of April Fool’s on its head and do something really nice for people instead.

Essentially it was an eight-hour live stream of celebrities surprising people by doing nice things for them. It sent a positive message out but also generated a huge amount of publicity for Chevrolet and is a fantastic example of experiential marketing.

In this clip Kid Rock does a surprise performance for a group of soldiers.

According to Chevrolet the campaign generated 3m viewers during the live stream, along with 1.5m social media impressions and 600 comments per minute. Not bad.

If you want to watch the eight-hour stream in its entirety, you can do so below:

Chevrolet’s Twitter feed is filled with the kind of car-based imagery that could convert even the flakiest motoring fan into a full-blown petrol head.

Playing to people’s nostalgia is always an effective technique when it comes to brands that have been around for a while, and this tweet is a great example of that.

There are also playful little riddles like this one, which took me far longer to solve than it should have done. I blame you, Monday.

What sale is happening right now and could have you driving home in a sweet new #Chevy? http://t.co/nWubnznkjM pic.twitter.com/yCSKpYsEsD

Chevrolet’s best recent effort on Twitter has to be around its #BestDayEver campaign. As you can see there were some positive reactions to it.

Went back to school and Norman Reedus crashed the class to teach it. #BestDayEver pic.twitter.com/EJGtiomjC0

The forumula Chevrolet uses on Instagram is simple yet effective: lovely car + epic background = lots of likes and comments. Chevrolet clearly has no qualms pulling in favours from the Manchester United players it sponsors for a little bit of celebrity clout, as the picture below shows. There is also some creative hashtag hijacking, like this neat little animation about #WorldEmojiDay that also doubles up as market research. Once again, nostalgia plays a part in Chevrolet’s Instagram feed, as it should for any brand that is seen as a part of its country’s culture. And there’s even some nostalgic images that fit in with its present-day Instagram formula. These kinds of images seem to do really well for brands that have been around for a long time, and it’s an advantage they have over newer brands that they should definitely play to.

It’s clear that Chevrolet has a core audience that it traditionally markets to: big, burly men who drink beer and watch football and definitely wouldn’t be seen dead in a Smart Car.

That said, it is clearly trying to create positive emotion through its content, and that approach seems to be working.

I suppose the lesson here is that you don’t have to be a charity or a healthcare company to create positive stories that make people feel good. If a car manufacturer can do it then any brand can.

Want to learn more about content marketing and see what other brands are doing? Book your ticket for the Festival of Marketing 2015 now and come check out the Content stage. 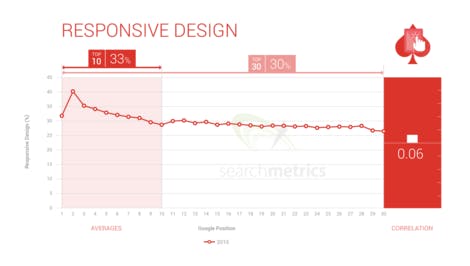