I’ve been including MINI’s Instagram channel in my monthly round-up of best branded Instagram videos since I began doing it.

Mainly its thanks to its wonderful #asktheNEWMINI campaign which recently came to an end after nearly four months of brilliant output.

Followers could ask the brand new model any question via any social channel as long as it carried the above hashtag, and the MINI would reply in a way that showed off its many new features. This led to more than thirty increasingly creative videos, which used the brilliant social strategy of tailoring content to one specific follower but harvesting the rest of the spectators’ enjoyment through shares and engagement.

In this episode the Mini is asked “will you marry me?” The results are less disturbing than a certain Channel 4 documentary from a few years back. With a boot-full of humour and charm. Then came this final upload in the series in June, which wraps everything up beautifully. A campaign full of surprises, ingenuity, warmth and wit and now… a narrative arc. As I discussed in six examples of automotive social media strategy, MINI’s NOT NORMAL campaign was a huge success, helping to reestablish its brand identity and connect with audiences as a friendly and innovative brand.

MINI scoured the internet looking for its most loyal brand ambassadors and discovered hundreds of images and videos on social media, that Mini then used for its campaign.

Followers could upload a creation to its Tumblr hub or by sharing it with #MININOTNORMAL, then within hours could see it on a digital poster or billboard anywhere in the UK.

As reported in The Guardian, within six weeks 230,000 engaged with the campaign via social media. 2,217 pieces of consumer content were shared. 29,420 new fans and followers were recruited. Mini’s Twitter following tripled. 3,853 visitors to the campaign hub went on to look for a new MINI on mini.co.uk. 11% of which became qualified dealership leads.

As display and banner ads become less useful and only more annoying, the rise of native advertising is continuing apace.

BuzzFeed is of course one of the key players in the world of native advertising, it has 130m unique visits every month, 75% of which are from social media.

MINI was one of the first brands to partner with BuzzFeed in order to offer its own sponsored content back in 2012. In January 2014, the piece had achieved 1.3m social interactions in 16 months and at the time sat comfortably at the top of the Native Advertising Leaderboard.

Although that may not seem like a huge figure for the time period, ads like these have been placed on sites like Buzzfeed and other highly popular publishing sites, so therefore they can be considered ‘evergreen’. Bringing in a moderate amount of traffic but over a much longer period of time, perhaps even the length of the site’s existence, creating a much higher value for the brand than traditional display ads.

MINI has taken great advantage of Facebook by building some brilliant apps to keep its followers engaged.

Its MINI Worldwide app gives a live count of how many global fans MINI has, with clickable links for each country’s respective Facebook pages. MINI moments is an app that highlights followers pictures of their MINI’s and other MINI related events. This is a great showcase as often when a follower posts a picture on a branded page, the post gets lost amongst the noise.

August 2013 saw a MINI become a digital billboard as it drove around the streets of London for two weeks, broadcasting tweets, Vines and Instagrams from followers who use MINI’s Art Beat Facebook app, or #MINIartbeat. There’s a great in-depth blogpost on the MINI space website that explains how the transformation took place.

And here’s one of the many videos taken from MINI’s Art Beat YouTube channel.

MINI is one of the few automotive brands running a fantastically up-to-date and visually attractive Pinterest page, that’s fully stocked with pins from around the world from its passionate devotees. This one links directly to MINI’s community website MINI Space where the details of the interactive contest are held. Users can submit a photo, illustration or design based on the theme ‘open road’. As well as various prizes on offer, the illustrations can all be viewed on the site (subject to a brief vetting process) and will even be displayed as the background image of MINI space. MINI is again driving loyalty and commitment by putting its fans first, by offering them genuine treats and entertainment.

Google has announced that it is removing profile photos and the circle count from search results that include G+ authorship.

The stated aim is to create a more consistent look across devices and create a simpler, “less-cluttered” design.

Google’s John Mueller also suggested that the clickthrough rate on the new layout is “similar” to SERPs that included author photos.

This is the part of the announcement that marketers will find most dubious, as the increased visibility and social proof that came with Google authorship was proven to increase CTR. 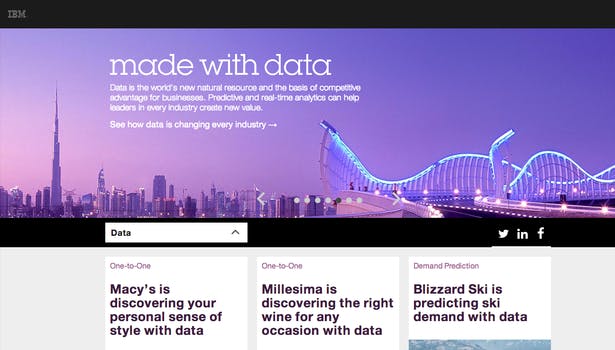