While industries such as fashion and retail have been negatively impacted by the coronavirus pandemic, the gaming and esports market has positively grown.

According to Newzoo’s recent report, the global games market will generate revenues of $159.3 billion in 2020. Gaming is also predicted to surpass $200 billion by the end of 2023.

This is partly due to the emergence of a new generation of gamers who also happen to hold big spending power. According to Kantar research, almost 90% of Gen Z are gamers, compared to 59% of the total population. Meanwhile, research estimates Generation Z has a purchasing power of around $44 billion.

Unsurprisingly, brands outside of the gaming world now want a slice of the pie, with the luxury fashion industry in particular seizing the opportunity to target consumers. From gaming-inspired fashion designs, to brands creating their own games – and even a new category of virtual (and shoppable) styling games targeted at fashion consumers – there’s been a lot of activity in this space of late.

Players often have the ability to choose the appearance and style of the characters they play, and many games now include the option of recognisable designer brands, too. Not only does this offer brands a subtle marketing opportunity – weaving items into the game in a natural and authentic way – it also allows gaming companies to position themselves as more culturally relevant (tapping into the wider interests of consumers) and part of the mainstream. Recently, we’ve seen big names including Marc Jacobs and Valentino adding designs to Animal Crossing: New Horizons – one of the most popular games of the past year.

Additionally, just as consumers might buy designer fashion in real life, gamers are turning to in-game merchandise in order to compete with others or differentiate themselves online.

While various brands are keen to get involved in games like Animal Crossing, luxury fashion brands are also signing up to more exclusive partnership deals. One example is Louis Vuitton, who last year designed two custom skins for heroes Qiyana and Senna in League of Legends. With skins available to purchase from in-game tokens, it means that consumers who can’t afford the ready-to-wear Louis Vuitton collection are still able to (virtually) experience the brand through gaming.

While ‘product placement’ can often come across and shallow or salesy, Louis Vuitton avoided this by ensuring the partnership involved real creativity and brand storytelling. In other words, the brand didn’t just fix its monogram onto virtual clothes, but created authentic and stylistic character outfits.

Capitalising on the power of gaming influencers

Of course, Louis Vuitton is not only aiming to target the average or ad-hoc gamer. The growth of professional gaming also adds a new layer of commercial opportunities to the mix. League of Legends, for example, has 13 leagues where 80 professional players and 100 professional teams compete. This means there are huge advertising opportunities for brands in esports, similar to within traditional professional sports such as football or basketball.

The popularity of gaming influencers is another big reason why brands are keen to get involved. As well as in-game items, Louis Vuitton also designed the trophy case for League of Legends’ 2019 Summoner’s Cup, which was eventually won by Chinese team FunPlus Phoenix (FPX). According to WWD, the championship final drew in a massive 99.6 million unique viewers, giving Louis Vuitton unprecedented reach.

The level of engagement seen in gaming also means that brands are able to forge real connections with fans. Twitch broke viewership records in Q2 2020, reaching a total of 5 billion hours watched. This high level of intense viewership means that a partnership with a gaming influencer doesn’t just mean a single Instagram post or one-off video, but the opportunity for a brand to capture the attention of millions of eyes tuning into daily streams.

Another example of brand involvement in gaming is Moschino, who designed a capsule collection for The Sims in 2019, as well as an equivalent collection that was available to buy.

Moschino in particular demonstrates how the fashion world often garners inspiration from gaming and vice versa, with Moschino designer Jeremy Scott directly inspired by The Sims’ recognisable personas. Items from the ready-to-wear collection include a plum bob (the diamond which floats over Sims’ heads) design swimsuit and a pixelated biker bag.

Fashion brands don’t necessarily have to appear in games to capitalise on their popularity, however, with some solely affiliating themselves through merchandise.

For example, Gucci released a limited-edition watch in partnership with esports entertainment brand Fnatic. The watch, which features the Fnatic logo as well as the letters GG (which also stand for ‘good game’ in the gaming world), was available to buy online for £1,150. It’s a hefty price tag, but it’s an example of how luxury fashion brands are recognising gaming as a viable driver of commerce, rather than just a marketing tool. Limited-edition releases also allow brands to test the waters, gauging whether or not there is significant demand from consumers.

With that said, marketing is always an additional benefit, and one that has led a lot of brands to launch their own video games (usually on social media or within brand apps to maximise engagement). This is what Gucci did with the ‘Gucci Arcade’ – the gaming vertical found on its own retail app. Games such as ‘Gucci Dive’, for example – released to coincide with the watch’s launch – involve users diving into an underwater cave using a Fnatic-branded submarine to collect coins.

These types of games can be an effective vehicle for brand storytelling, with the aim of immersing players in the world of Gucci, as well as increasing the amount of time spent in branded retail apps.

Time to be a @gucci Gamer.

Take the Fnatic Submarine for a ride.

As well as modelling clothes on characters in games, fashion brands are recognising the benefits of using ‘game-like’ customisation in AR applications for virtual styling purposes. One example of this comes from Yoox, which launched YooxMirror Reloaded in 2019.

The AI-powered ‘styling suite’ allows users to create their own digital avatar (based on a photograph) in order to virtually try on various items of clothing. The aim is to create an entertainment experience for consumers – one that is designed to generate interaction and engagement – through personalised experimentation with fashion.

For Yoox, the the wider aim is to combat returns, giving customers a better idea of what clothes might look like in real life before they buy them. Speaking to GQ magazine, president of Yoox, Paolo Mascio said: “We firmly believe that games and interactive initiatives have a business relevance. They are key to offering an innovative and personalised shopping experience, which is what customers, millennials and gen-Z in particular are increasingly asking for.”

While YooxMirror is rooted in real-life shopping, we’re also seeing the emergence of a new type of virtual styling, one that’s more aligned to the typical gaming experience.

Drest – created by former Harper’s Bazaar UK Editor Lucy Yeomans – has been described as “the world’s first interactive luxury styling game.” Essentially, it allows players to act as a fashion stylist, curating looks which are then rated by others, with the aim of gaining ‘influence’. Players can also compete in daily styling challenges to win rewards.

The key is that Drest is also shoppable, as players are able to directly buy the pieces found in the game – hence why 160 brands including Burberry and Valentino have signed up as partners. This is also because, in addition to direct sales, Drest gives brands the opportunity to showcase their latest runway designs and generate valuable insight from player data (such as which pieces are the most popular).

In the spirit of bringing you a world of virtual fashion escapism, we’re gifting you three new joyful backgrounds, six new stickers and three extraordinary new natural locations to uplift your looks and give your creations extra spring spirit. Head to DREST via the #linkinbio to start styling with these hopefully cheering additions. #GetDREST #spring #fashiongame

Ultimately, Drest aims to update the age-old concept of ‘playing dress-up’ for a modern audience, cleverly merging together the worlds of gaming and fashion to allow players to express themselves – both virtually and in real life. It also builds on the increasing popularity of virtual try-on applications, such as L’Oréal’s Modiface.

With Covid-19 resulting in an upsurge of gaming activity, it is understandable why luxury fashion brands (hit hard by store closures and unsold stock) are keen to get involved in lucrative gaming partnerships. Whether through capitalising on influencer reach or offering new commerce opportunities, gaming can open up a whole new world of opportunities.

At the same time, with gaming giants also benefiting from the cultural relevance and potential sponsorship money that fashion brands can bring in, it’s a win-win for both worlds – and a creative partnership that looks set to continue in future. 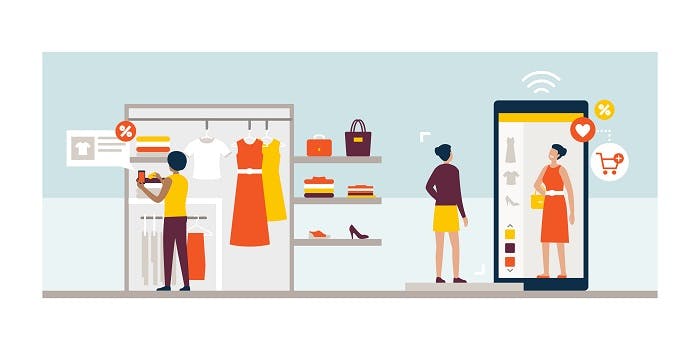 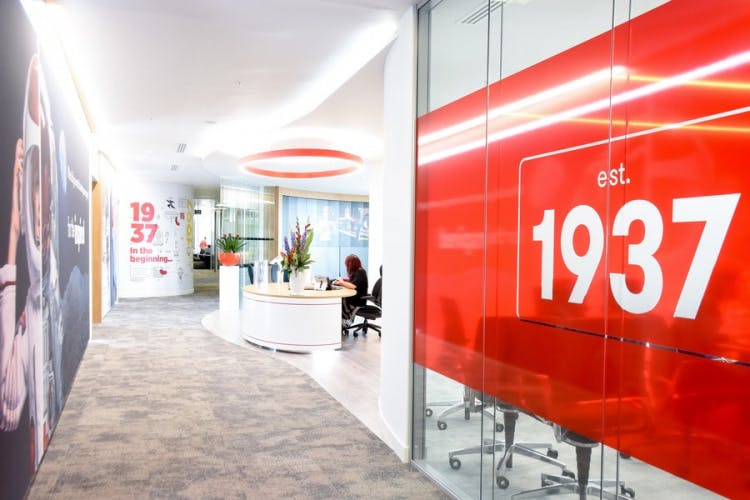