Facebook achieved a 46% growth in advertising revenue for the first three months of 2021. If you are a marketer who advertises via Facebook or indeed any other social media platform – you might be asking yourself why you’ve not seen the returns you’d like.

During Econsultancy Live last month, Michael Duke, chief product officer at Good Growth, set out to explain why social advertising presents a challenge to growth for many brands. His argument is that marketers struggle to understand a fundamental aspect of customer engagement within social.

Social media is underperforming, despite growth

We all know that social media is growing exponentially, explains Duke. “Facebook is knocking on the door of 50 million [users in the UK], TikTok has grown from essentially nothing to 13 million [UK] users in a matter of a couple of years, so more and more organisations are thinking, well, ‘how do we make social work for us?’”

Facebook’s reporting shows that it has grown its global advertising revenue to approximately $25 billion in the first three months of 2021, which is “an enormous amount of growth in social media, paid social media, marketing essentially,” says Duke. In the UK, specifically, social media advertising revenue as a whole is forecasted to reach nearly $12 billion by 2025 – which means it’s almost tripled in size in the space of eight years (according to the same forecast).

“Not only are more people using social media, but more organisations are spending increasing amounts of money to try and bring those people into their online channels, to try to build familiarity and engagement with their proposition, trying to drive revenue, trying to drive growth,” he explains.

Duke suggests that where this becomes problematic is if you look at performance by key marketing channels. Ultimately, he says, “we see social media underperform.”

A case of the ‘Red Queen’

The most obvious challenge here is the return-on-ad-spend (ROAS) metric. Duke uses Facebook as an example, which typically uses either a 28-day view or a 7-day click attribution model. “It doesn’t really matter which one you use; the objective of the model is to assign as many conversions as possible to your ad spend,” he explains.

“So you have this challenge, the data is not wrong – there’s a difference between data being biased and being wrong – but it’s not trying to help you make the best decisions.”

“Ultimately, what’s the actual result of this?” he asks. “You’re spending more money, and not just that but you’re spending more time. You require teams to run this advertising, data reporting, but – despite that – you’re not moving forward.”

Duke calls this conundrum the ‘Red Queen’ (an analogy inspired by Alice in Wonderland), which, in other words, means “essentially, you have to run as fast as you can just to stay where you are, and that’s what a lot of organisations are doing. If they want to get anywhere and they want to grow, they have to run twice as fast as they can.”

A more nuanced understanding of the customer

So, how do organisations get past this challenge? Duke says that it’s not actually a case of improving performance, but about asking and answering the right questions.

“The three questions we focus on [at Good Growth],” says Duke, “are why do the majority of users through social media fail to buy? What are they actually trying to do? And, as a result, what’s the real value of social?”

The suggestion Duke makes is that social users don’t typically fail to buy because, for example, a call to action doesn’t work, or there is something wrong – such as items being out of stock or being unable to find the correct product (like might be the case for direct customers).

“When you look at social,” says Duke, “the vast majority don’t say they fail, they simply say ‘I’m not ready to buy’. ‘Oh I’m just browsing today, I’m waiting until I get paid, I’m just looking online to buy later.’ And that’s not failure.”

He continues, “If we ask them how they would rate the quality of their experience, again typically, we don’t see a lot of people saying how it was a really bad experience. Most people in social will say, yes, it’s been a good experience, I’ve been able to find what I’m looking for – I like the product I just haven’t bought it.”

Consequently, Duke suggests that marketers should look to metrics outside of conversion rate or bounce rate.

“A lot of effort is placed on this, [but] if you actually look at the relationship between bounce rate and revenue or even conversion rates – so this is social traffic for ecommerce for example – there’s no correlation between the two variables,” he says.

Essentially, Duke suggests that just because you reduce bounce rate, it doesn’t necessarily mean you’re going to improve your commercial performance. “In that regard, bounce rate is not a success metric, it is a vanity metric. And if it’s a vanity metric, does it even apply to something like social… if bounce rate doesn’t indicate failure, do you need to worry about it?” he asks.

Ultimately, he says, “that value then is really in driving awareness, driving engagement, driving familiarity. So solely focusing on these commercial metrics for the social channel, it misses the point, it deflates the value of the channel, it deflates interest and investment. Ultimately it harms growth, but by that same token, simply increasing investment in social and reporting standard metrics won’t demonstrate growth.”

Four ways to respond to the challenge

Responding to this issue is not easy, of course. Duke says that “it requires a fundamental shift in thinking away from just ‘what’s the return on investment of social’ – as we found, it’s really difficult to define that because of the challenges associated with the nature of the user who reaches us through this channel.”

“Yes, by all means report them – you really do want a return on ad spend, for example, of social media marketing above 100% – at least that means you’re not actively losing your investment. But for your consideration channels and no, that’s not just social – that’s organic search as well, for example – there are other metrics by which you can assess their success, not just the commercial ones.”

Secondly, he highlights the importance of defining quality engagement. “…if there’s no relationship between the metric and what you’re trying to achieve, it doesn’t tell the story,” he says.”

3. Think about the entire conversion path

This leads us in to the third step which is, as much as possible, to think about the entire conversion path. “If social media is always that first touch in the user’s conversion path, it’s commercially critical. How do you take that and then factor that into your reporting?”

Finally, and perhaps the most interestingly, Duke suggests remodelling based on different attribution types.

“What would happen to performance of social, email, etc. if you were to reattribute all your transactions to their first interaction, not the last? What does that do to performance – does it improve performances or deflate it?” he asks. Duke concedes that Good Growth has reduced the conversion rate of affiliates from about 12% to 2%, “by just reattributing transactions away from the channel that takes the credit, and towards the channel that did the work, i.e. first touch.”

With many companies clearly hampered by their focus on the wrong metrics – it seems a fresh perspective (and a change in strategy to reflect this) could be all that’s needed to help unlock growth.

You can hear more insights like this by listening to the Good Growth Podcast, available on Spotify and Apple Podcasts. 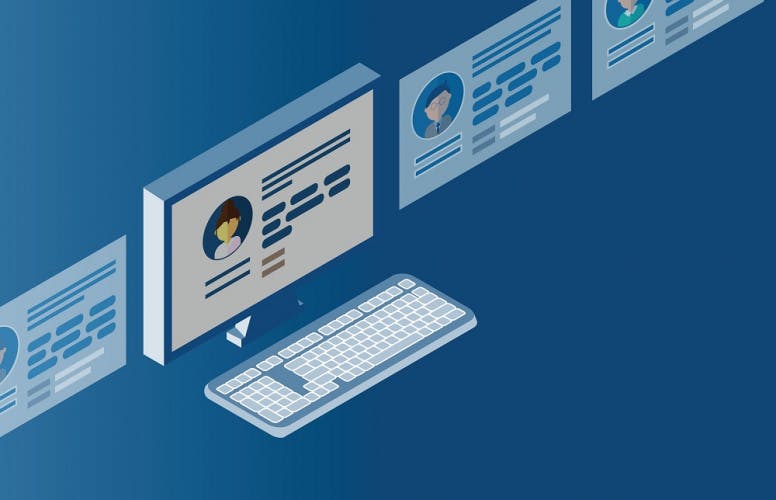 MandM Direct and Samsung are two retail brands using first-party data to build better relationships with customers and drive long-term loyalty. Both brands recently spoke about their respective data strategies on ‘Marketing that Matters’ – a podcast series from Econsultancy and Marketing Week, sponsored by Google. Here’s how first-party data, in conjunction with automation, is allowing both brands to succeed amidst rapid changes to privacy and consumer behaviour.