So, why are tourism boards showing increased interest in the sharing economy? Here’s a bit of elaboration on the topic.

Increasing awareness rather than bookings

It’s unusual for tourism boards to endorse the sharing economy, with most being government-backed and therefore aligned to criticism that it can negatively affect local communities and businesses.

However, Visit Sweden’s partnership is based on building awareness rather than driving actual bookings. In fact, there are no additional listings for Swedish accommodation since the campaign launched. It is merely a marketing campaign that involves Airbnb posting fictional listings from nine areas of Sweden, including locations like the mountains of Sarek and Skuleskogen National Park.

It is based on the ‘Allemansrätten’ principle, which is a protected law that says people are free to roam in nature. Essentially, it means anyone has the right to walk, cycle, ride, ski and camp on any land, apart from private gardens, near a private residence or on land under cultivation.

The content is located on a separate microsite, which is mainly promoted on Visit Sweden’s homepage and social media, also meaning there is little endorsement of the Airbnb product itself.

I’ll scratch your back…

So what’s actually in it for Airbnb?

Since the brand expanded into the tours and activities sector with last year’s launch of Trips, it appears to be another way for the brand to market itself as a destination resource rather than a straightforward booking site.

As the campaign is fundamentally based on travel ‘experiences’ rather than accommodation, it nicely aligns with this new area of focus.

In a more general sense, Visit Sweden’s ethos also matches Airbnb’s branding, with the tagline of ‘belong anywhere’ echoing the ‘free to roam’ principle. Of course, while it’s mostly designed to offer inspiration, the campaign does promote real accommodation (in the rest of Sweden) too, allowing users to click through, search, and book if they like.

Sweden’s #freedomtoroam lets you sleep under the stars, indulge in the fish from the lakes or camp on the beach – https://t.co/LI2GXZmgeI pic.twitter.com/VZiqgbTQ1L

For Visit Sweden, which perhaps doesn’t have a huge budget, the partnership is an opportunity to make use of Airbnb’s influence and indeed its large customer base.

The country has a reputation for progressive and creative marketing campaigns. Its ‘Swedish Number’ campaign, which involved setting up a national phone number so that anyone could call up and talk to a random Swede, reportedly generated the equivalent of $147m in international media coverage.

By promoting its country as free to stay in, Visit Sweden is clearly banking on creating on yet another PR splash, using Airbnb to increase reach and general visibility of the campaign. The campaign is being described as a ‘first of its kind collaboration’ – and while it is in marketing terms – it’s not the first time a tourism board has partnered with Airbnb.

The Anguilla Tourist Board recently partnered with the company to promote the Caribbean destination on a global level. It was described as a way for Airbnb to work with the Anguilla government to attract a greater number of visitors, as well as increase levels of employment on the island.

Meanwhile, the brand has also partnered with city-based tourism boards, such as the San Francisco Travel Association. The main reason being the opportunity to expand tourism in lesser-known areas, shining a light on small businesses as well as promoting the experience of ‘living like a local’.

As well as increasing its positive impact, these partnerships also reflect a desire to educate communities about the sharing economy, reducing any negative perception about brands like Airbnb and instead to capitalise on their growth. 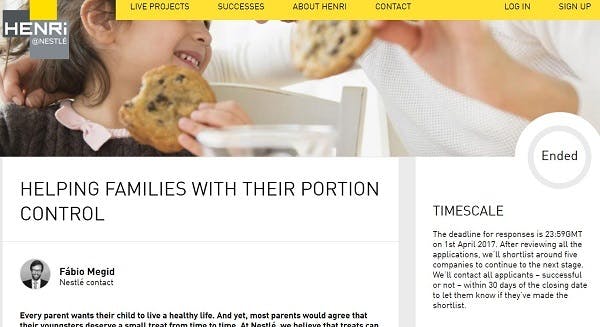 With over 2,000 brands under its umbrella, Nestlé is one of the world’s biggest companies. According to Pete Blackshaw, however – vice president of digital and social media – its success stems from thinking much smaller.

Speaking at Socialbakers’s Engage Prague event last week, Pete suggested that a start-up mentality is the key to innovation with Nestlé. Here are a few key takeaways from his talk.