From logistics to sales and marketing, automation has the ability to transform ecommerce.

And although tech companies such as Ocado Solutions have been pioneers of automation, last-mile delivery is still one area yet to be disrupted. Could autonomous vehicles be the next innovation in the industry?

According to a 2021 report from Verified Market Research, the global autonomous delivery market is fairly modest, at $24m in 2019, but is growing and predicted to reach $237m by 2027. Drivers of this market include increased urbanisation (and the need to reduce emissions), wider digitisation spurred on by Covid, and the continued shift to ecommerce – coupled with demand for super-fast, local delivery.

Let’s take a look at how the space is developing.

The latter months of 2021 saw a wave of investment in the autonomous vehicle space, particularly from prominent UK and US retailers. In October, Ocado announced that it had invested £10m in self-driving tech startup Wayve in order to develop autonomous vehicles for grocery delivery. Ocado is set to test Wayve’s technology as part of a trial using Ocado delivery vans in London, while some of Ocado’s delivery fleet will also include data collection devices to help train Wayve’s system on the complexities of driving on the road.

This isn’t the first time Ocado has invested in the space; the UK retail chain also put £10m into software company Oxbotica last year, to further enhance and develop its autonomous mobility software. As Ocado explained in April 2021, logistics costs constitute “the single-largest line item in the operating cost structure of online grocery,” and therefore autonomous vehicles offer “potential cost savings within core operations and significant opportunities to improve our partners’ customer proposition”. Prototypes are expected in two years time, with use-cases ranging from “vehicles that operate inside of our Customer Fulfilment Centres (CFCs) and the yard areas that surround them, all the way to last-mile deliveries and kerb-to-kitchen robots.”

Wilko is another UK retailer to invest in autonomous vehicles, recently investing £3m in technology company, StreetDrone. The partnership will help “accelerate the development and deployment of StreetDrone’s Pix-E delivery vehicle and autonomous delivery system”, with the aim of deploying driverless delivery cars on the UK’s roads by the end of 2023.

In the US, prominent robotics company Nuro has continued fundraising to reach a reported $8.6bn valuation, with its most recent $600m cash injection coming from Tiger Global Management. Alongside this, Nuro has also secured a five-year partnership with Google Cloud to “support the massive scale and capacity required to run self-driving simulation workloads, machine learning to improve model accuracy, and storage to manage important data from the vehicles.”

Indeed, Nuro is already on the road to commercialising its autonomous delivery services. 7Eleven is the most recent US retailer to sign on (following other well-known brands Domino’s Pizza and Walmart), teaming up with Nuro to pilot the first autonomous delivery service in California, after the company was granted government permission to operate. The service will start off using Nuro’s self-driving Priuses, before transitioning to Nuro’s R2 delivery vehicles, which are narrower and smaller than regular on-road cars.  Local customers can access the service via the 7NOW delivery app, enabling them to order items for delivery in 30 minutes.

In the US, driverless vehicles depend on state government legislation. While certain states like California, Texas, and Arizona have already passed laws to authorise usage, a new bill for Pennsylvania is reportedly set to be passed this year, presenting a big opportunity for the many robotics and autonomous vehicle companies that are already based in the city, potentially creating a new hub for the technology.

V-commerce: Will in-car payments be the next big thing for automotive?

7Eleven’s Chief Digital Officer, Raghu Mahadevan, has indicated that autonomous delivery is another way for the company to ‘redefine convenience’ for its customers, which it strives to do ‘inside and outside the four walls’ of its stores.

Of course, it’s no coincidence that investment in logistics automation has increased since the Covid-19 pandemic, with retailers ramping up digital capabilities to align with the shift to ecommerce. Lockdowns and social distancing has meant that consumers are increasingly embracing omnichannel, with ecommerce orders still way above 2019 levels. As a result of this demand, there has also been an increase in ecommerce competition, leading to the emergence of ‘q-commerce’ companies, who are using super-fast delivery to steal market share away from leading grocery retailers.

But of course, profitability for these companies is not easy, with many still focusing on customer acquisition and loyalty rather than financial return. This is where autonomous vehicles can be a better alternative; one that can be more cost effective, better for the environment (often using electric vehicles) and more efficient (without the caps that limit the number of human deliveries).

Indeed, the last mile is still proving a challenge for retailers. In 2019, Capgemini found that 97% of retail organisations felt that their last-mile delivery models were not sustainable for full-scale implementation across all locations, with many struggling to make the last mile both profitable and efficient. Higher demand since then could have exacerbated these issues, with consumers also perhaps less likely to be forgiving about slower or delayed delivery times than they were at the height of the pandemic.

Labour shortages are also causing chaos for supply chains, with truck driver shortages currently plaguing the US and Europe. For retailers, these issues are having a direct impact on sales. Take Domino’s Pizza, for example, which saw its US same-store sales drop for the first time in 10 years in Q3 2021. In an earnings call, Domino’s CEO, Ritch Allison, acknowledged that staffing shortages (of drivers, in particular) have continued to be a “significant challenge” for Domino’s and the restaurant industry as a whole, within both retail and distribution. Unsurprisingly, Domino’s is already testing autonomous delivery, which it first rolled out in Houston last year in partnership with Nuro.

Meanwhile, in China, an ageing population is also contributing to labour shortages, also leading to greater investment in autonomous vehicles. WeRide is one start-up gaining momentum in the market, developing technology for driverless cars and buses, as well as partnering with delivery firm ZTO Express to commercialise its ‘Robovan’ for ecommerce logistics.

Robots meeting customers on the sidewalk

Autonomous vehicles might sound like the perfect solution to last mile challenges, but there are still issues with self-driving or autonomous vehicles heading out on the road, with many still required to have a safety driver behind the wheel. Nuro’s R2X was granted an exemption due to its small size; it has no room for a human passenger.

These robots have mostly started to gain traction within US college campuses, where companies are also reportedly turning a profit (in comparison to those that use driver delivery). Speaking to Bloomberg, Chief Executive Officer of robotics company Starship Technologies, Alastair Westgarth, explains how each of its robots costs about as much as a high-end laptop. “The hourly wage of a robot is zero,” he tells Bloomberg. “So I can do a milk run and do it profitably.”

Unsurprisingly, it’s not just small startups that see the potential. Amazon’s Scout robots were rolled out in various cities in the US in 2020, while a trial of FedEx’s SameDay bot was recently unveiled in Tokyo. Segway also has its sights set on the market; it has partnered with robot start-up Coco to manufacture 1,000 sidewalk robots for deployment in select US cities this year.

Naturally, there is skepticism as to whether sidewalk robots will enhance the customer experience – or disrupt it. There is always the danger that robots will break down, be interrupted on their journeys, or even vandalised, not to mention the ‘novelty’ side of the experience that could get in the way of what retail brands truly want to achieve. Customers are typically required to ‘meet’ robots to accept delivery, which is not always the most convenient option.

For now, autonomous vehicles (whether driving on the sidewalk or the road) are a long way from the norm. One milestone is the further development of autonomous vehicles for personal transportation, which some OEM’s are banking on. GM says it aims to have its own on the market by “the middle of the decade”, while Chrysler’s self-driving concept was also unveiled at the recent CES event. 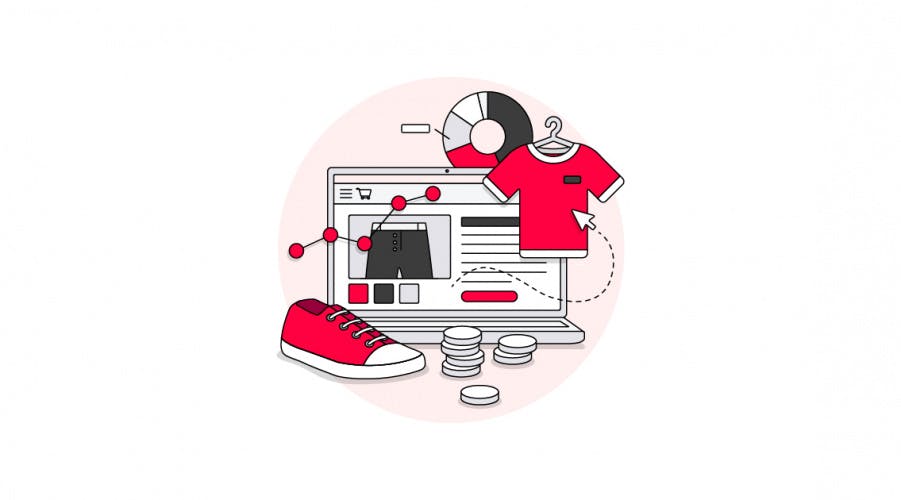 Whilst the rest of 2021 might not have seen ecommerce adoption hit the heights of January of that year (nearly 38% of total retail sales in the UK), comparisons to 2019 still show how things have changed. Holiday shopping now looks to be roughly 30%+ online, compared to c. 21% pre-pandemic. So, looking in the […] 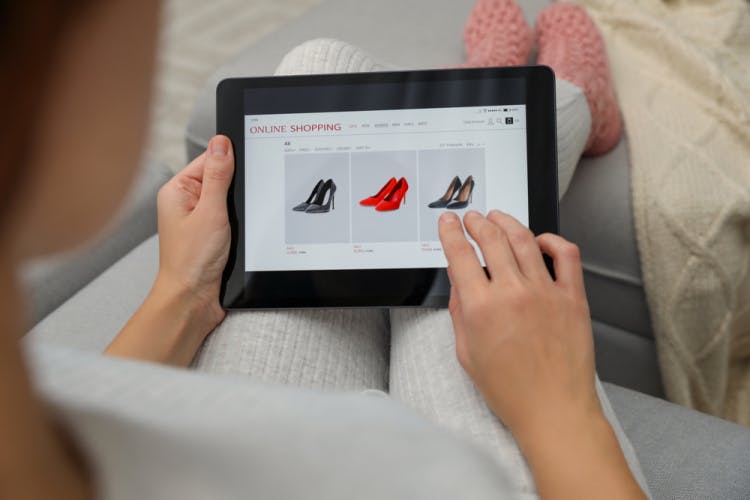 Every session on your ecommerce site or app is combustible. Friction from any number of factors – from webpage performance to poor navigation, bugs, and irrelevant offers – can derail a transaction and erode brand loyalty. Standard conversion and abandonment metrics are all useful for establishing a baseline, but they only tell you what your […]