Alongside this, Zuckerberg announced another new feature – one that will yet again rely on users sharing more personal and intimate data than ever before. Enter: Facebook Dating.

Surely it was only a matter of time…

So, what will Dating entail when it launches, and what are its chances of success – especially amid current scepticism towards the brand? Let’s discuss.

A swipe at Tinder

Bumble, Tinder, and OkCupid are just a few of the biggest names in the dating space, all of which offer users similar chances of finding love online. Interestingly, Facebook’s new Dating service seems to have made the market nervous. Shares of Match Group, which is the parent company of dating platforms like Tinder, Match.com and OKCupid, fell 19% immediately following the news.

But should investors be worried?

Perhaps unsurprisingly, given Facebook’s history of imitating other social media platforms, Dating looks quite similar to various other dating apps out there. The feature will exist in the Facebook app itself, allowing users to set up their own profile separate to their main Facebook account. This also means that Facebook friends won’t appear as potential matches, and Dating activity won’t appear in anyone else’s feeds.

It also works by way of an algorithm, matching users to others based on ‘things in common’, mutual friends, as well as Groups and Events. The latter is one of the most novel features, as it means you can find out who is going to the same event as you, to chat or potentially set up a date beforehand. 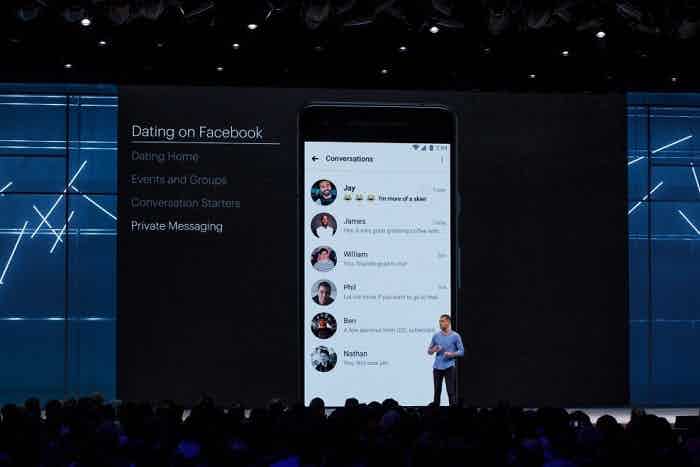 Naturally, Dating has resurfaced concerns about data privacy, with some users highlighting the irony of Facebook launching such a service on the back of recent scandal.

Facebook: We don’t use your data to do anything creepy or invasive.

Also Facebook: We are launching a dating site where you will be algorithmically matched with your statistically perfect partner using our model of your interests and psychological type.

Pre-empting this, Zuckerberg said that Facebook “have designed this with privacy and safety in mind from the beginning.” And there are some features which are indicative of this focus.

First, the service is opt-in only, with Zuckerberg also emphasising that users will never be matched with people they already know. Secondly, there is a dedicated Dating inbox, which only allows users to send text-based messages – no links or photos.

While privacy is clearly at the forefront of users’ minds, an important thing to mention here is the fact that many other dating apps already rely on Facebook data. Last month, Tinder briefly stopped working because of changes made to Facebook’s data-sharing policy, and Bumble has only recently allowed users to login without Facebook.

With the market now booming, Facebook clearly wants to take ownership, and bring users interested in dating back onto its own platform.

It’s not yet clear whether Dating will take off, however, one of the biggest challenges (alongside current bad feeling towards the company in general) is whether it will offer enough to lure people away from other dating apps.

Facebook says that Dating is focused on helping people find meaningful, long-term relationships – not hook-ups. However, this doesn’t seem like much of a unique proposition.

What’s more, users tend to choose dating services based on specific need. For example, Tinder’s swipe functionality means that it is synonymous with fun and instant connections. Bumble’s hook is that women make the first move, meaning it appeals to those who want greater control over who they’re talking to. Meanwhile, Hinge has already taken Facebook’s ‘meaningful’ angle – matching people based on whether they have mutual friends in common. 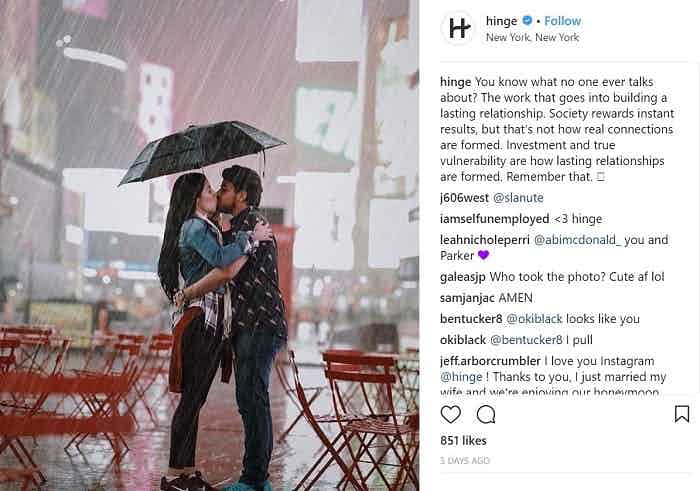 So, will users want to jump into the rather large dating pool offered by Facebook, or will they remain indifferent?

With a somewhat weak USP, I’m doubtful Dating will spell real trouble for competitors, especially considering that the younger demographic (i.e. the twenty-something Tinder-set) seem more at home using Instagram than they do Facebook nowadays.

Facebook also has a history of mediocre success with new features. Facebook Marketplace is one that springs to mind – a bid to compete with eBay and Craigslist. Reports suggest it’s not proving too much of a problem for the competition. This might also be down to people failing to notice it’s there (despite it sitting front and centre in the app).

Why has Facebook chosen to move into the Dating market now? Naturally, users are likely to be met with more than just the prospect of romance. With strong links to other industries including events and experiences, bars and restaurants, fashion, and so on – it opens up even more opportunities for advertising.

For now, with specific details about how the service will work (e.g. how to initiate conversations) still unclear, it’s hard to say whether it will generate love from users.

Regardless, on the back of ‘tough times’ as Zuckerberg himself has labelled the last year, the move indicates that the company is nothing if not optimistic.