But Paul’s gravy train might be nearing its end following his posting of a disturbing video filmed in Japan’s Aokigahara, a forest that has come to be known as “the suicide forest.”

The video, which has since been taken down, sparked international outrage as it shows a dead body Paul and his friends discovered, as well as their less-than-sensitive reactions to it.

Not surprisingly, Paul has since issued an apology, but additional footage released from his Japan trip shows the mega influencer engaging in callously disrespectful behavior that some are pointing to as evidence that Paul’s fame and fortune has gone to his head.

Turns out, Logan Paul’s trip to Japan was problematic for many reasons pic.twitter.com/yhj2BYgk4G

Another blow to influencer marketing

With brand safety top of mind, the Paul backlash has caused some to begin asking: is brand safety even a possibility in the realm of influencer marketing?

It’s a reasonable question given that Paul is not the first high-profile influencer who has seen the viability of his career called into question after finding himself in a media firestorm. Last year, another homegrown YouTube star, Felix Kjellberg, who goes by the name PewDiePie, found himself facing a backlash when videos he published were called out for being anti-semitic.

As a result of the backlash, some of Kjellberg’s biggest partners, including Disney’s Maker Studios and YouTube itself, terminated their relationships. Kjellberg is said to have earned $11m last year and was the highest-paid influencer the year prior with estimated earnings of $15m.

While Kjellberg’s fall from grace was surprising, Paul’s might be even more stunning because of the strides he had made to cross over to traditional media stardom.

In January 2016, Paul graced the cover of AdWeek’s print magazine and in the associated article about his internet stardom and plans to make himself a Hollywood powerhouse, AdWeek’s T.L. Stanley wrote:

Trolls, be warned: slamming Paul would be like punching a puppy. He’s just that earnest and adorable. Instead of talking smack, watch where he might go, which, if he has his way, is to mainstream superstardom on the level of his idols, Will Smith and Dwayne Johnson.

Stanley added that Paul “has also established a squeaky-clean reputation, though he says he’s shifting ‘from PG to PG-13’ material as his act evolves.”

Two years later, it seems likely that Paul’s behavior in Japan could very well ensure that nobody will refer to a “squeaky-clean reputation” alongside his name again.

What’s up with influencers?

In light of Kjellberg and Paul fiascoes, it’s worth asking: why do influencers seem so prone to meltdowns? It’s not that they don’t have adequate management. Paul, for instance, is repped by Creative Artists Agency (CAA), one of Hollywood’s most powerful talent agencies.

So if it’s not that the most prominent influencers don’t have access to the same guidance as the world’s most successful traditional media stars, what is it?

James G. Brooks, CEO of social video distribution platform GlassView, has a theory: “when you give a young person with an inflated ego a camera, they are apt to do or say something stupid.” As a result, brands he says “should calculate a certain amount of brand risk into every YouTube buy.”

Brands would be wise to consider this but so long as their engagements with influencers are one-offs and they don’t enter into broader partnerships, such as long-term endorsement deals, the good news is that there’s no real evidence yet that their past work with fallen influencers will have lasting effects on their reputations.

For example, brands that have worked with Kjellberg and Paul have not seen their names dragged into the mud by consumers.

Obviously, brands should tread carefully when contemplating new projects with influencers who carry baggage. For instance, if the dust settles and Paul is able to restore his reputation, at least partially, brands would still be wise to tread carefully.

But despite all of the discussion around influencers’ inability to be brand safe in the wake of the Paul firestorm, brands have less to worry about than many are suggesting and that means that brand investment in influencer marketing will likely continue to grow in 2018. 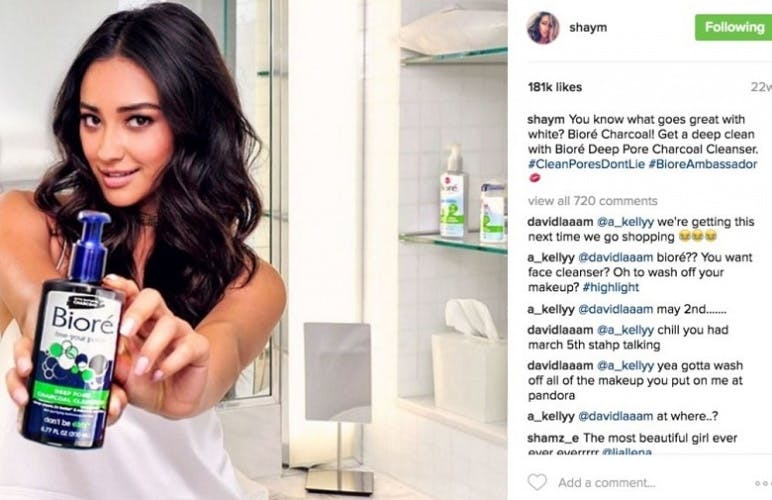 Last year, influencer marketing became a billion-dollar industry, with reports suggesting that it could be worth a whopping $2.38bn by the time 2019 rolls around.