For companies, words are a really useful weapon, and many have cottoned on to the fact that talking like a real person is far more engaging than using dry, corporate and jargon-filled language.

But when does conversational language go too far?

Can brands use colloquialisms and abbreviations? What about text-speak and swear words?

It’s a huge topic, so with just a few examples of brands getting it right and well and truly wrong, here are a few ways to ensure modern-day slang stays cool and definitely not cringe.

It’s surprising just how many brands use slang even if it means alienating a large percentage of their existing audience.

Similarly, some companies seem to disregard the notion of audience at all, jumping on the bandwagon of a particular phrase or word – regardless of whether or not it makes much sense.

American delivery service Postmates – a company that enables people to get anything delivered within an hour – recently unleashed a billboard using the phrase “Postmates and chill”.

Though it might resonate with a select few, it’s easy to feel a little short-changed about this rather lazy attempt at reaching everyone’s favourite target market… ‘millennials’. On the other hand, a company like IHOP has proven far more successful in its use of slang.

By using Twitter – a platform much more aligned to young people – as well as ensuring a consistent and slightly tongue-in-cheek tone, it manages to stay on the right side of amusing.

Is it worth it, let me work it. I put my fork down, flip it and reverse it. pic.twitter.com/5IoqsqoqUA

The danger of slang is that it can become outdated within a very short period of time.

Fifteen years ago we were all obsessed with LOL-ing at chavs. Today, we can’t stop taking selfies with swag.

It’s difficult to know how long a word will be popular for, but one thing brands can gauge is whether or not an audience will be receptive to it.

If a slang word is too good to resist, and the audience is sure to lap it up, there’s no reason brands shouldn’t experiment.

Language can sound very different depending on where it is used.

Including slang in a slogan or headline can sometimes feel too in-your-face, and for product or promotional purposes might appear shoehorned in.

One of the most popular places to use it is on Twitter. Of course, brands get it wrong far more than you might think.

Take Mountain Dew for example. Not only did it use ‘bae’ (*shudders*) – but it also happened to use it in the wrong context, including a poorly-judged ‘the’ before the acronym.

In case you didn’t know bae actually stands for ‘before anyone else’.

So essentially, Mountain Dew’s tweet made no sense whatsoever.

Mountain Dew is the bae.

On the other hand, brands like O2 have demonstrated that Twitter is the one platform where slang can be a real success.

Back in 2012, one particularly savvy social media upstart decided to reply to a complaint using the same style of street speak as the customer.

Eventually going viral, this example just goes to show that, if used in the correct context, slang can be a useful way to really connect with an audience.

@o2 jheeze so u man speak slang and dat r u a girl what ends u from. And naa ii didn’t what router

We’re used to hearing about brands inadvertently posting offensive content, but when it comes to social media, the odds of causing offense are even higher.

Not an example of slang per se, but hashtags demonstrate how terms from popular culture can often filter into our everyday vernacular.

DiGiorno Pizza recently landed itself in hot water when it jumped on the hashtag #whyistayed.

Originally created by victims of domestic violence, DiGiorno was clearly oblivious about the context when it posted this ill-advised tweet.

Example of a brand using a trending topic without understanding the context #Advertising #SocialMedia #WhyIStayed pic.twitter.com/iTSmfaT6Xv

As these examples show, slang is always going to be a tough tool to master.

To learn more about this topic, check out our Online Copywriting course.

I recently made a fuss about a mobile advertising experience I had with CNN Money.

My gripe was about UX but also about the poor quality of content discovery networks.

So, I thought I would experiment in visiting some of the clickbait on these networks. Here we go… 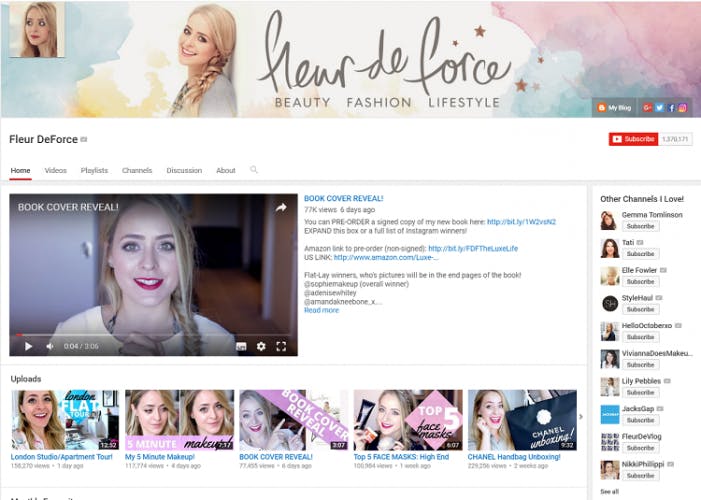