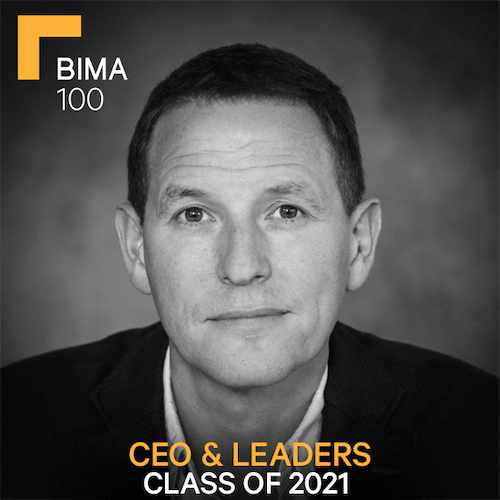 The prestigious list includes leaders, pioneers, entrepreneurs and changemakers who are breaking new ground and driving the industry forward. Robinson is one of 10 people named in the category of CEO & Leaders in the Class of 2021, with the nomination recognising his work in designing and applying seamless combinations of learning, organisational design, best practice & ways of working.

Other categories include Champions for Change (in which Robinson was nominated in 2019), Challengers and New Thinkers, Tech Trailblazers, and Client Services & Project Management.

Reflecting on the last twelve months and the current challenges for business, Robinson said, “2020 will be remembered as the year people digitally transformed.”

“Data, analytics, embracing ecommerce as though your job depended on it (which it now does), embracing the omnichannel and learning how to augment and upskill your knowledge, skills and mindset for life after lockdown are the order of the day for all. The BIMA 100 is a powerful snapshot of the UK’s digital, marketing and ecommerce leadership and resilience in the face of unprecedented economic, political and societal change. Brands are the new points of continuity and the people at the heart of them are more important now than ever before.”

The BIMA 100 was announced at a virtual ceremony and was a diverse list, including Prentice Whitlow, who has made a truly impressive journey from being a dancer and choreographer to an augmented reality game designer; Dr Mala Mawkin, an award-winning healthcare innovation researcher, writer and speaker; and Tom Burton, Head of BBC Interactive.

Matt Sullivan, MD of BIMA said: “The BIMA 100 is a vital part of the digital calendar. An annual barometer of the skill, innovation and energy of the sector, the BIMA 100 focuses not on exceptional work, but on exceptional people. What’s clear from this year’s 100 is the sheer breadth of creativity and innovation on display. After the most challenging 12 months the industry has ever known, there’s never been a more important time to recognise the brilliant people whose work is having an impact not just on their company or sector, but on society as a whole.”