Not just generalists, but expert generalists (it’s a real thing, Google it). The soft skills of traditional marketing are not enough anymore. CMOs need to be experts in data, advertising technology, CX, UX, brand, insight, automation, coding, and whatever else comes along from one year to the next: programmatic TV, augmented reality, Amazon, influencer marketing, and so on and so on.

Marketing is an industry where the Law of Accelerating Returns is in full force. It’s not just a feeling that the world is moving faster: technology is developing at an exponential (not linear) rate. Compare the adoption of telephone lines – which took decades of building infrastructure and left many companies bankrupt – to that of the internet, which was substantially faster because it used the same infrastructure that the telephone companies had already built. The same is true of technology companies like Uber – which is built on top of Google Maps. It would have taken them decades if they’d had to build their own mapping technology.

Given that technology is now at the heart of modern marketing, the challenge for CMOs is to be adaptable – to the highest degree. I think Econsultancy’s Modern Marketing Model (M3) is the perfect encapsulation of this challenge. 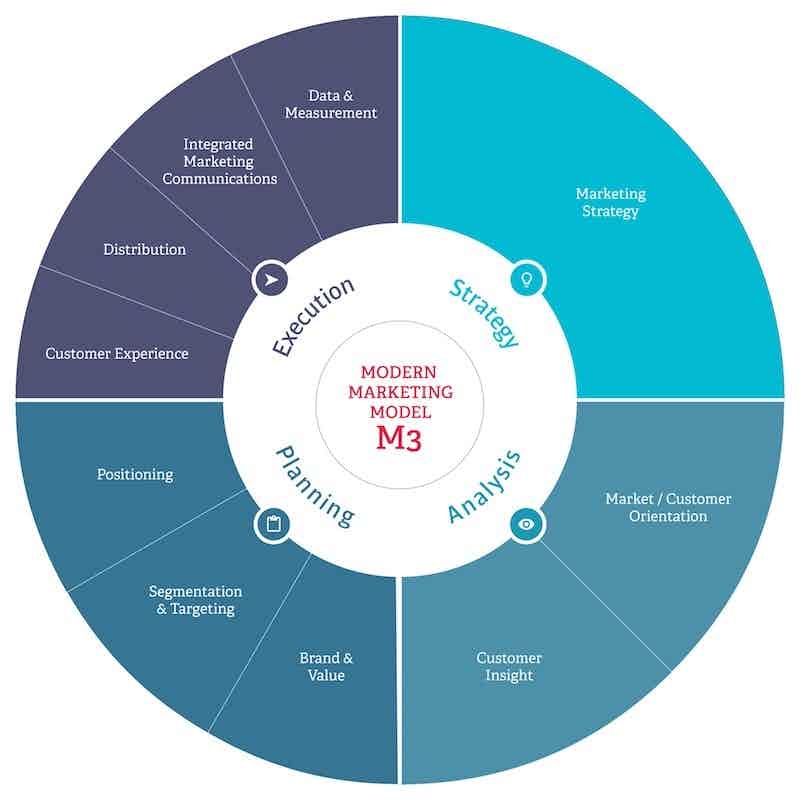 M3 captures the circular nature of any marketing effort. There is no beginning and end. Execution is not an afterthought for post-campaign analysis; it is part of strategic planning, and informs strategy through the insights gathered during a campaign. Media and creative strategy are interlinked. Customer insight changes in time with data and measurement. There is a continual feedback loop.

M3 also captures the vast array of different skills and disciplines that make up modern marketing. This makes being a CMO pretty tough. To be successful, there is an expectation that you understand everything from a semiotic intuition about the right creative content for your brand, to the difference between CPC and eCPC in AdWords measurement. Not surprising then that ‘CMOs have the highest turnover in the C-suite’.

How can CMOs adapt to modern marketing?

There’s a lot to be done, obviously. But here are the three things I consider the most pressing for any CMO:

Firstly, CMOs should reject the division between media and creative. If that’s already a tick, then the next step is to get good at integrating them.

People often forget that search advertising (60%+ of digital ad spend) has been driving this integration since its inception. Any decent AdWords campaign involves the gradual refinement of ad copy according to audience feedback. Search advertising is a far cry from the pre-digital era of creative decision-making, where the HiPPO effect (highest paid person’s opinion being dominant) was the norm. Done properly, the creative aspect of a search campaign should be a balance between art and science: human creativity refined by machine-driven feedback.

Programmatic advertising will soon become the norm not just for display, but also TV, OOH and Radio. That means extensive real-time feedback for the full range of media inventory; every CMO will need to learn how to adapt creative content based on this feedback. On top of that, the ability to dynamically adapt content according to the audience will enable a new level of personalisation. Knowing how to utilise this is another must for CMOs.

In the 4Cs (Consumer, Cost, Communication, Convenience) model which M3 replaces, the creative agency plans, and the media agency executes. All of the old school models are built on this assumption of media and creative as separate marketing disciplines. M3 is the first to assume integration, which is why I believe every CMO needs to get on board with it.

Data, as explained above, can be used to shape creative content. It can also provide brand insight, influence market orientation, and is at the core of execution.

If digital is already more than half of all UK ad spend, and offline media is becoming increasingly digitised, then the data supply is only going to increase. CMOs need to invest in the human resources, technology and training to become experts in using data. It will make or break any business of the future.

M3 is the first model to include ‘data and measurement’ as a fundamental part of its model. I’m curious about whether its juxtaposition with marketing strategy is coincidental or deliberate. If I were allowed to make a tweak to M3, it would be to make these two parts spill into each other: that is to say that for me, data and measurement are a core part of strategy.

3. Be flexible in biddable media planning

Biddable media is not something you should pre-determine a budget for. OK – large businesses need to forecast upfront, but they still need to be flexible in their execution.

This applies to paid search, paid social, programmatic – anything which provides real-time feedback, and where performance is easily measurable. Being flexible is essential to getting the most out of these channels.

Despite the hugeness of the task ahead for CMOs, there is actually no need to panic, so long as you are willing to make serious adaptations in line with modern marketing. It’s time to throw out your copy of the 4 Cs or 7 Ps or whatever model you were following.

The CMO of the future will need to be a genuine polymath: a data-driven creative leader. A new breed of marketer. 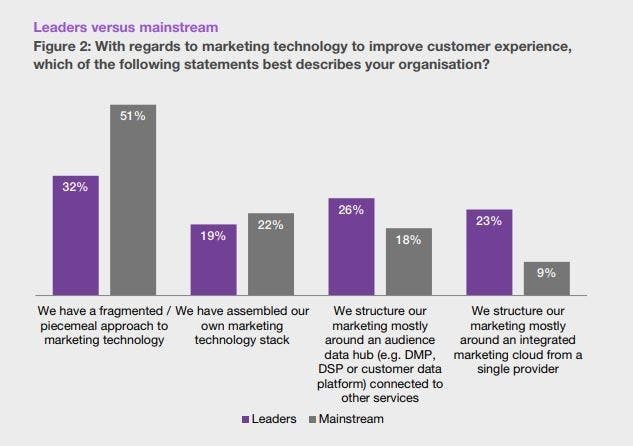 An ominous-sounding term – dark martech actually refers to the practice of using homegrown technology or tools for marketing functions rather than third-party software solutions.

While many organisations might choose to go down this route, there are big challenges to consider. 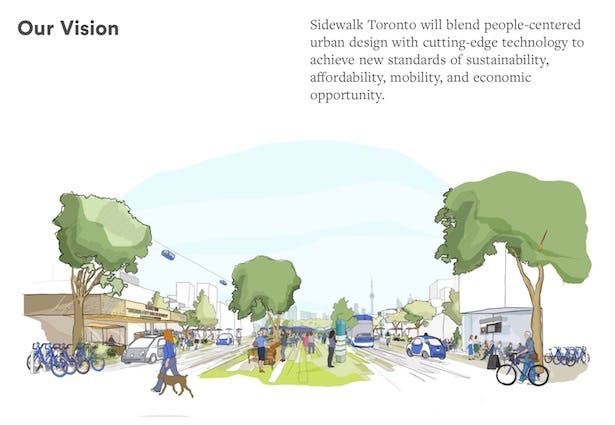 How do you market a city?

Places are huge, hazy concepts that mean different things to different people. So the efforts of the world’s leading cities to attract tourists are worth a look. How do they deal with multitudinous ‘brands’ and reach customers in a crowded market? 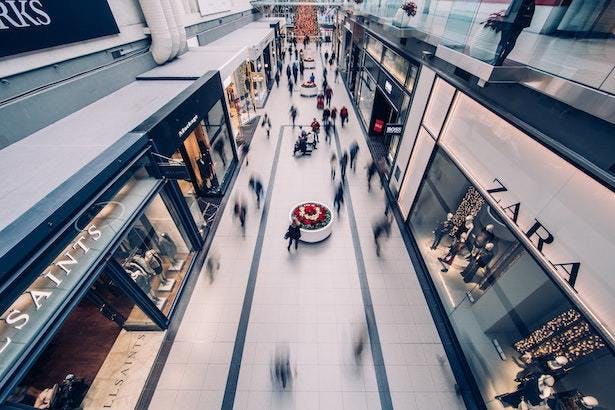 Do you know where your pricing stands relative to your top competitors?

Keeping an eye on how you compare across your most important categories or brands is critical to getting a bird’s eye view of the market and capitalizing on where you have pricing power.