Throughout the years it’s been used from rhetoric to religion.

The Latin phrase “omne trium perfectum” (everything that comes in threes is perfect, or, every set of three is complete) conveys the same idea as the ‘rule of three’, while also (appropriately) using exactly three words.

I have been teaching this to my students in Econsultancy’s Email Marketing Courses now for many years and to be frank, this is one of the easiest applied and most beneficial tactics that you can use to increase both engagement and conversions.

In fact I’ve based my company’s newsletter, 3 Gems, on this principle.

So, let’s get to it and find out why this is so and how we can apply it.

It’s all to do with patterns…

At the root of its success is we, as humans, have been programmed to learn from patterns and 3 is the smallest pattern that can be made.

Throughout history it has been used to communicate complex ideas simply – think of memorable phrases such as:

…and my favourite (smile):

Some famous sayings of note that utilise the Rule of Three are:

And how about stories?

We have been conditioned through our childhood stories to become familiar with three, by the use of the Rule of Three in our stories, fairytales and myths:

And of course all modern copywriters should be familiar with the below:

When packaging our sales and marketing in threes we create something that is memorable: think of “It’s a easy as 1,2,3″ & “It’s as easy as A,B,C”.

In an email from Skillshare, it makes it easy for new customers to get started, by giving them three simple tasks…. Studies also have proven that three bullet points are more effective than two, four or five. We can see this in action with a Welcome email from Dropbox. Three benefits found to be the winner

A new study put together by two marketing and behavioral-science professors Kurt A Carlson and Suzanne B Shu, found that in ads, stump speeches and other messages understood to have manipulative intent, three claims will persuade, but four (or more) will trigger skepticism, and reverse an initially positive impression.

For example, it was found that in the shampoo advertisement ad study they conducted, those who had read three claims rated all the items significantly more positively than participants who had read adverts with one, two, four, five, or six claims.

Personally, I find it immensely difficult when putting together a consulting proposal, to include anything other than three benefits.

It feels unfinished if I write two or four and I’m compelled to change it so that it reflects three.

It’s also a fantastic exercise as it really gets you to consider which are the most impactful benefits.

In art, there’s a rule of thirds, which involves putting intersections between thirds-lines in the belief that these draw more attention and are visually more pleasing.

Here’s an example of the rule of thirds for a landscape photo. The focus is on the land area rather than the sky so the bottom two-thirds of the photograph are filled with land and top third is sky.

This can of course be used when designing websites, emails, product photography etc.

Every wonder why you see so many photos, paintings and products grouped together in threes. Simply put, it’s pleasing to the eye. Of course this can be used to your advantage when displaying products. In the first image below, the default product display is five across. Why not consider testing whether three product images per row instead, provide you with an uplift? What about subject lines?

Want your email to resonate with your audience enough for them to want to open it? Then consider using the Rule of Three in your subject lines.

Innocent Drinks use this tactic weekly with its newsletter.

For the past eight years I’ve been the Editor of the DMA Email Marketing Council’s newsletter, Infobox, and after noting a decrease in engagement we decided to test the subject line using the Rule of Three, resulting in an uplift of 30% in CTR.

This was so successful that all the DMA followed suit with all the remaining newsletters. This principle (sometimes called the Goldilocks Effect) was discovered by Joel Huber and Christopher Puto in the early 1980s.

The term ‘goldilocks effect’ derives from the children’s story Goldilocks and the Three Bears. In the story Goldilocks decides, amongst other things, to eat one of three bowls of porridge; the first being too hot, the next too cold, but the final one she picks for being ‘just right’.

Applied to pricing, it is used to describe the practice of providing a premium as well as a budget option alongside the regularly priced product to make the standard option seem more appealing, as seen with the Typead example below.

We just can’t seem to resist the middle option and most smart brands realise this and design their pricing accordingly. An interesting test was performed to a pricing landing page which was re-designed to be simpler and instead of offering four options, the page was redesigned to offer what appears to be three option, by reframing the offer and including the trial within each option.

By applying the Rule of Three, it increased visits to the lead generation page by 93.71% with a statistical significance of 96%. So hopefully I’ve provided some food for though with regards to the Rule of Three. It’s easy to implement and amazingly effective.

Whether it’s a few hours, a day, a week, two months, or ten years, purchase cycles exist for every product.

The length of the cycle usually reflects the magnitude of the purchase, with smaller items such as cups of coffee having a typically short purchase cycle and more significant transactions such as cars or fitted kitchens tending towards far longer cycles.

How hard can writing an email subject line be? Does it even matter what gets written?

Surely the question of whether it gets opened or binned is down to who the sender is, or what the email contains?

That’s fine when you’re emailing people you know. In fact let me just skip over to my personal email account to see what I’ve written in the subject line to my friends and family in the past week. 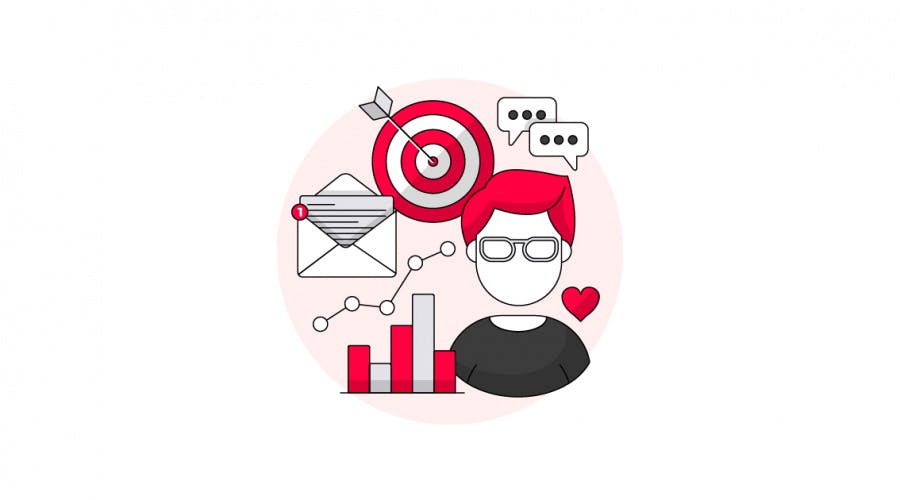 When people in marketing talk about CRM, they typically mean one of two things: the practice of CRM, which stands for customer relationship management; or CRM systems, the platforms that enable marketers to carry out customer relationship management. The two are pretty closely linked, as if you’re considering improving or building a strategy for CRM […]