He said, “I’ve come to learn there is a virtuous cycle to transparency and a very vicious cycle of obfuscation. People have an insatiable curiosity, and if they’re officially denied access to information, they’re going to dig for it on their own.”

Jeff was talking about letting employees have access to information and data. Increasingly, companies are striving to be transparent not just to their workforce but to the public, too.

I’ve rounded up 10 company blogs notable for their transparency or honesty. There’s plenty of inspiration to be had within…

The Co-op’s digital teams are headed up by chief digital officer Mike Bracken, formerly in charge at the UK’s ground-breaking Government Digital Service (GDS). It’s therefore no surprise that Co-op has adopted the same approach to publishing.

Co-op’s digital blog offers information on everything from service design (for example, improving accessibility in Co-op wills) to regular updates from Mike himself about the progress of the digital teams.

It’s also worth noting the Co-op has a website for colleagues and prospective colleagues, including detail on pay, policies, perks and more. PR company Edelman does have a ‘careers and culture’ section on its website, but what’s more interesting is the blog of president and CEO Richard Edelman.

The blog, titled 6 A.M., covers trends in communications, as well as broader insights from Richard – a nice example being his recent missive from The World Economic Forum at Davos.

Such a commitment to ideas shows a progressive spirit of trust and corporate social responsibility (CSR).

Signal v. Noise is a fun blog to scout around because it features, by the company’s own admission, ‘strong opinions and shared thoughts’ (e.g. ‘Interviewing job applicants in a coffee shop is fucking barbaric. Stop it. STOP IT.‘)

This approach helps to convey the sort of workplace Basecamp might be, and incorporates some more reflective pieces from current employees (such as this diary of an intern). Patagonia’s blog, The Cleanest Line, shows the company as a fervent supporter of the Environment Protection Agency in the US and environmental policies further afield (such as action on climate change).

It’s almost shocking (it shouldn’t be) to see a brand taking such an ardent stance, but is a product of CEO Rose Marcario’s passion (see her recent post in opposition to Donald Trump, Keystone XL and Dakota Access).

Such honest debate and activism sits alongside features on sport and the outdoors that align the brand with the conscientious citizen. The most compelling example of a publishing mentality when it comes to digital teams, GDS employees blog in remarkable detail about their work.

This open approach to digitally transforming a government (surely the most complex of cultures) means GDS can justify and advocate its working methods as it goes. It’s impossible not to be impressed, even after a quick browse. Every listicle of transparent companies includes the likes of Buffer (check further down this list), but it must be said that enormous corporates are making an effort, too, particularly when it comes to CSR.

Yes, Starbucks’ 1912 Pike blog may be just as much about PR, content marketing and brand awareness as it is CSR, but social media allows brands to have their cake and eat it, when it comes to charitable work.

We’ve previously written about Uber Giving, for example, where the marketing team has to prove a link between charitable giving and revenue in order to justify further activity.

On its 1912 Pike blog, recipes and cartoons sit alongside articles about Starbucks’ work with veterans, college students and coffee farmers. It’s a pleasing platform to navigate and includes an email newsletter, too. Not the most regularly updated blog, but there’s plenty here, including insightful ‘year in review‘ pieces, as well as product rationale and internal debate (e.g. the case for satellite offices). I’ve written about Buffer before, it’s probably the most famous exponent of transparency. The company publishes all of its employees salaries and every email sent internally.

There’s also an Inside Buffer blog, with articles on everything from family leave policy to company failures. GE Reports is a mix of fun content and detail about the company’s most recent projects. It’s an exercise in education, PR and creating content for use in the sales cycle.

What makes it so good is the quality of production – great imagery, great copy and little fluff. B&Q’s One Planet Home section of its site may not be updated weekly but it does contain lots of information on a range of green issues the retailer is taking seriously.

A mix of the company’s own 2023 targets (such as a 90% absolute reduction in CO2e compared to 2016 baseline) are published alongside achievements so far (including cost savings) and how-to articles helping customers with their own savings. From hospitality to transportation – the sharing economy has had a huge impact on many industries.

Now, a lot of consumers use the likes of Uber and Airbnb before even considering traditional taxis or hotels.

What is marketing ops?

Ashley says that this could include the (re)integration of digital marketing, the introduction of a CCO (chief customer officer), bringing teams back in house, assessing supplier relationships, zero-based budgeting and marketing ops. 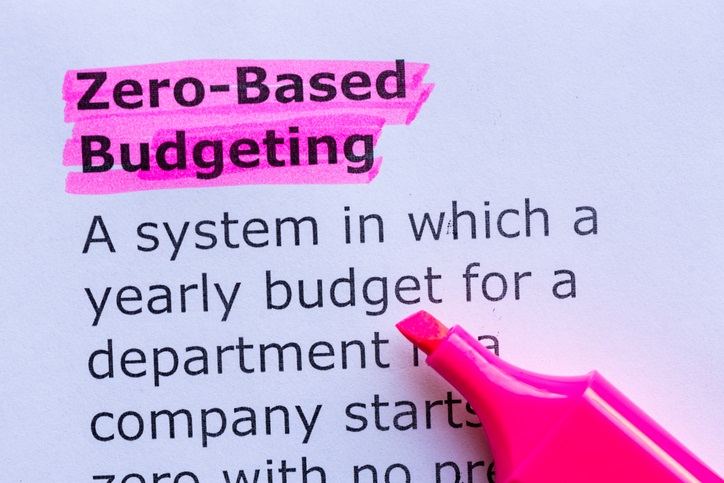 Ashley Friedlein has recognised the importance of focus for marketers in 2017.

His trends essay for the year predicts the rationalisation of brand portfolios, supplier relationships and media partners. Focus, Ashley determines, can also be found with zero-based budgeting.

He writes that this is a way to “revisit a brand’s purpose, promise, positioning and audience. Again, to ensure clarity of focus.”