In this post, I’ll look at five examples of brands that have used this “social to substance” approach smartly to engage with their audience and deliver a personalized customer experience.

One of the earliest examples came from fashion retailer Nordstrom. In 2013, Nordstrom gave its 4.4m Pinterest followers the power to influence displays in every store.

The retailer identified its most popular items on Pinterest and showcased these in its department stores. According to a study by Millward Brown, 93% of active pinners say they use Pinterest to plan for purchases and 87% said they’ve purchased something because of Pinterest – so driving interest in that platform and linking online and offline is highly likely to drive real world sales.

Smaller in scale but just as creative was smart energy brand Hive. In 2014, Hive bid to take over London with responsive ads featuring temperature updates and tailored messages.

This year, the brand went a step further when it installed a tweet-activated bus shelter in Manchester’s busy Piccadilly Station. The shelter was fitted with heaters that warmed up when waiting travelers tweeted using the hashtag #TweetToHeat.

The campaign was aimed at raising awareness for Hive’s product, which allows users to control their heating and hot water remotely.

It succeeded, with the hashtag receiving almost 400 mentions over the three-day stunt period, and achieving 1,300,836 impressions. All from a single bus shelter.

The ‘Tweeting Pothole’ was one of this summer’s most original social campaigns. The streets of Panama are notoriously dilapidated and difficult to drive through.

In an attempt to convince the Ministry of Public Works to take action, the influential news show Telementro Reporta teamed up with P4 Ogilvy & Mather to fit some of the city’s worst potholes with motion-sensitive gadgets that sent out tweets directly from the potholes themselves when they were run over by cars.

Telementro Reporta gave the campaign airtime and the Twitter discussions soon escalated, to the point where the Ministry finally decided to act and start fixing the potholes.

While the pothole tweets were always lighthearted, the social media campaign drove real urban infrastructure improvements in Panama, and inspired similar activity in other parts of the world.

For example, the mayor of Mexico City had lights installed in a local park in reaction to a tweet by a local resident.

Over the past few years, Honest Tea has been asking the question: which cities are the most honest? The company placed 27 unmanned tea kiosks around the US and asked people to deposit a dollar for each beverage.

Through digital tracking, Honest Tea then monitored who actually paid for the beverages… and who didn’t.

As the survey gained more and more traction, Honest Tea also encouraged people to share their daily unfiltered “#RefreshinglyHonest” moments through social media, and uploaded the photos from this experiment on their National Honesty Index website. By tying a physical pop-up location with an online platform, the company was able to use local influencers to nationally influence the target audience, and allow lots of potential new customers to try its tea at the same time.

A final example I’d like to mention is a Philips campaign which was launched to show how essential light is to our everyday lives.

#LightIsLife started as a social campaign on the Philips Instagram feed, but soon became a physical experience as work from six inspirational Instagram photographers – who had previously featured in the Instagram campaign – was selected to appear in a physical exhibition held at The Philips Museum in Eindhoven. The exhibition was launched by an ‘Instawalk’ which was open to anyone who owned a smartphone and Instagram account, and gave participants the opportunity to experience Philips’ home city of Eindhoven in an entirely new way, through photography.

We encouraged Instagram users to create content that would express what the concept of light meant to them, and inspire others.

What matters is that they feel authentic and get attention, without directly pushing a product.

With consumers being increasingly drawn to brands that can deliver a personalized and novel experience, marketers should take advantage of the wealth of opportunities available by connecting social media to the real world.

I’m looking forward to seeing what ambitious campaigns we come up with in 2016. 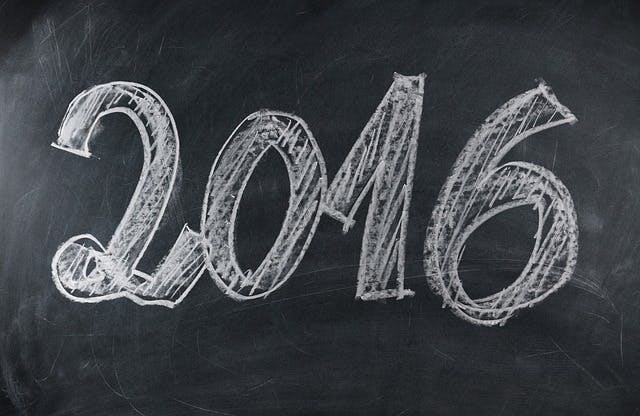 Each year I select digital trends and developments which I believe will shape the industry and digital marketing planning and thinking.

These are a personal selection, so are somewhat esoteric and likely skewed to those which most interest me.

And each year there seem to be a different number.