When asked to pick the type of person suited to campaigns in the near future, digital influencers again came out on top, selected by 44% of respondents.

One reason for this is undoubtedly the pre-eminence of social media within influencer campaigns. Fully 75% of survey respondents said social media promotion is “critical” or “very important” within their celebrity engagement, increasing to 92% of respondents who are also working with digital influencers.

The table below shows social media’s importance far outstripping that of product placement, content distribution and digital advertising. Every single respondent (100%) backed up this view, saying they believe their social media promotion is proving very effective.

Attribution could be more sophisticated

Despite the confidence of respondents in their campaign ROI, here’s that headline stat. The table below shows that only 29% of respondents are tracking links in influencer content, only a fifth are using social measurement tools (despite their admission of social’s criticality) and little more than a quarter are using platform-specific metrics. Encouragingly, data is coming to the fore when selecting influencers

Finding influencers and tracking their influence has traditionally been a challenge for marketers. Indeed, in Econsultancy’s Rise of the Influencers study in 2016, 73% of marketers said their biggest challenge in this area was finding the right influencers.

So, it’s encouraging to see 59% of survey respondents in Celebrity Intelligence’s new study say that data and insight relating to a talent’s audience and followers are proving the most useful way of finding the right people to work with.

It’s also good news that 45% of respondents are investing in specialist engagement tools (such as Celebrity Intelligence and Fashion & Beauty Monitor), a significant rise on the 36% of companies and 32% of agencies taking this approach last year.

The Age of Social Influence report includes more stats, in-depth case studies and interviews with brands and influencers such as ITB Worldwide, East of Eden, L’Oréal, The Body Shop and Tanya Burr. Download it here to learn more about 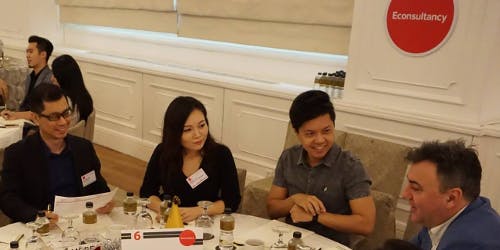 Over the past five years, content marketing has gone from being the ‘shiny new object’ in marketing to one which is taken as seriously as SEO, SEM, and social media.