In November 2020, we covered the release of Google Analytics 4 (GA4) with an expert comment piece about how Google’s newest analytics product would change how marketers approached measurement. Not a year and a half on from that release, Google has announced another major change: in July 2023, it will be sunsetting Universal Analytics (UA), the previous generation of its web analytics service that preceded GA4 – and which many website owners and marketers still use.

Crucially, Google’s announcement about the upcoming retirement of UA mentioned that UA will “stop processing new hits” on 1st July, 2023 – meaning that if marketers want year-on-year data in GA4, they only have a few months to transfer over. Because Analytics 360 was introduced more recently, new hits will still be processed in UA 360 until October 2023, but this still only affords users a little over six months to prepare. To add to this, Google has said that previously processed data in Universal Analytics will be available for “at least six months” after hits stop being processed – but after that, there’s no telling whether historical data will be available.

Needless to say, many marketers are less than thrilled about the news – either about the timeline or the fact that Universal Analytics is being deprecated at all. And there are a lot of marketers using Google Analytics. Charles Farina, Head of Innovation at Adswerve, a Google Marketing, Analytics and Cloud partner, rightly points out that “by some estimates, Google Analytics is used on nearly 60% of the top million websites, and since Google Analytics 4 requires you to roll out a new implementation and is not backwards compatible, most advertisers will need to dedicate resources to migrate.”

Google Analytics 4 has a number of differences from Universal Analytics when it comes to the way that it processes data and what kinds of information it tracks, and so marketers who want to transition from one to the other will need to adapt some of their methods, and potentially get used to not having access to the same information.

A future without identifiers?

One of the big differences with Google Analytics 4 is that it was, in Google’s words, “designed to adapt to a future with or without cookies or identifiers”.

Farina told us that Google’s decision is based on a “response to changing consumer data privacy preferences and evolving marketing strategies that no longer rely on third-party cookies.”

“The result is a shift away from a session-oriented model to an event-based model that better measures user engagement with brands’ digital marketing content in the future,” he says.

Ryan Cook, MD UK of Criteo, comments on this wider industry shift, too. “Enabling marketers to track data across websites and applications without storing IP addresses certainly is the future of advertising measurement.”

What do marketers need to know about the switch?

Beyond the changing view of privacy, GA4 has some useful features. Adswerve’s Charles Farina comments that “once the implementation is complete, advertisers can start immediately taking advantage of new functionality that was never available in Universal Analytics. They can create funnels, do detail pathing analysis and gain access features that were previously only in the paid version like the BigQuery/raw data exports, Search Ads 360 integration and Google Optimize Audience integration.”

But what about the implementation? What are some of the key things that marketers need to know about the switch, and how should they respond? We spoke to Andrew Hood, CEO of Lynchpin, an independent analytics consultancy that describes itself as “staunchly vendor neutral”. Hood says, “We do not resell either Google or Adobe Analytics and are not partners with either vendor. We are however retained by major brands to make the best choices across procurement, architecture, deployment, reporting and analysis using both these platforms.”

Here are Hood’s comments on the sunsetting of Universal Analytics reproduced in full:

Andrew Hood on the switch to GA4:

“Google straddles an interesting line between being a benevolent provider of free analytics and a somewhat enterprise vendor: you pay nothing for the base product, or rather a lot for a “360” paid version that unlocks some subtle benefits but not a great deal of product roadmap visibility.

“The end-of-life announcement for their widely used Universal Analytics product doesn’t give much additional grace to 360 customers – in fact a mere 3 months of additional data collection.

“In summary, if you are not using the new Google Analytics 4 version by July 2023 (or October 2023 if you are on 360) your data collection will stop, and “at least” six months after those dates the access to your historical data might be removed subject to a “future date” that Google is planning to confirm “in the coming months”. Clear as mud?

“In practical terms there are two related angles to address around data collection and then the reporting and analysis of that data.

“For data collection, the situation is the same for free and paid versions. You simply must migrate from Universal Analytics to GA4 if you want to continue to collect data beyond the deadline, which means deploying the new version onto your website and/or into your mobile apps. Most organisations will want to run the two systems in parallel to baseline any differences and take the opportunity while implementing to review and optimise the quality and relevance of the data they are collecting.

“For reporting and analysis, the practical situation depends somewhat on whether you are using the free or the 360 (paid) version. 360 customers can already get their data piped into BigQuery from Universal Analytics, which enables them to continue to access their historical data after the switch-off date in raw form and gives scope to build reporting that integrate the old and new worlds for trending.

“Free version customers gain BigQuery export capability with GA4, but critically don’t have it as an option for Universal Analytics. That means any information they don’t manually export (by downloading reports or using the reporting API to take different cuts of the underlying data) will no longer be available at some point and building reporting that can trend across the old and new worlds will be much higher effort and require a lot of skill and planning.

“GA4 does bring a lot of useful new functionality, with much better funnel/pathing analysis and the ability to have a single view of web and mobile app engagement to name two.

“However an equally important reality is that Google Analytics is one of the most widespread digital analytics tools in existence, which thousands of marketers have learned over many years to use effectively. And the value of data is only realised in its interpretation and ability to action.

“From an end user perspective, GA4 simply looks, feels and behaves quite differently from Universal Analytics and even uses different metrics: goodbye bounce rate for example. There is going to be a massive training and skills gap to bridge to migrate in practical terms, and a lot of potential scope for confusion when comparing metrics that work in slightly different ways between the old and new versions.

“New also isn’t always necessarily better. Good news: custom reporting in GA4 is more powerful. Bad news: there are fewer standard reports in GA4, so you need to construct custom reports for a lot of common use cases. Worse news: custom reports can only go back a maximum of 14 months in the free version of GA4, so they quickly become useless for longer term trending and analysis.

“The existence of roll-up and sub properties – which sound technical but basically are core to the ability to deploy Google Analytics for any multinational – were only announced on the same day as the sunset announcement for the old version (and for the 360 version only). The API for injecting data into Google Analytics 4 (Measurement Protocol) is not yet out of beta and the date for “general availability” is still to be announced. Enterprises would no doubt appreciate a bit more visibility on timelines for critical functionality if they are expected to plan towards a looming sunset date.

“Ultimately GA4 represents a good if enforced opportunity for organisations to make sure their digital measurement is fit-for-purpose and future-proofed. But there’s a lot to address over the next 12 months: it might be described as a “new version”, but it’s more akin to deploying a brand-new tool with different implementation requirements, different metrics, different reports and different limitations for everyone to get their heads around.”

The Fundamentals of Marketing Measurement and Analytics 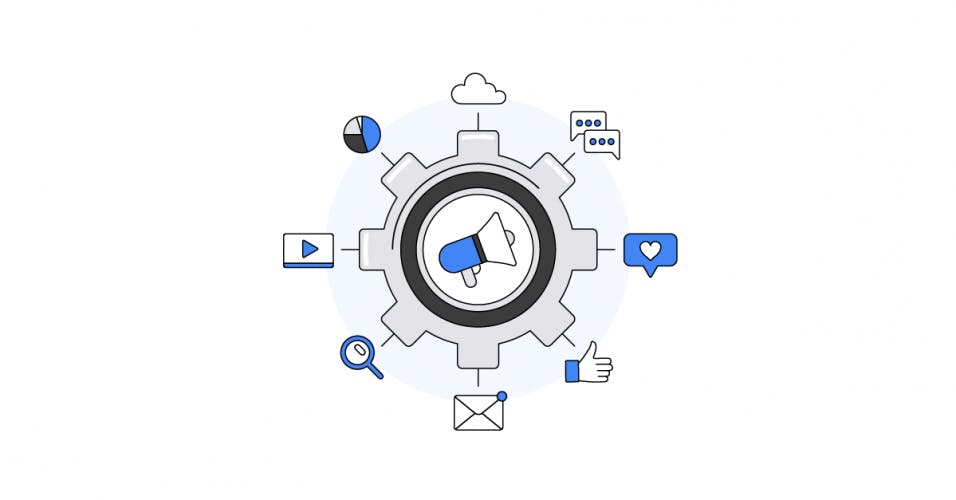 Digital transformation has accelerated rapidly over the past two years. According to PwC, 53% of businesses (in a survey of 1,250 global executives) have accelerated digital transformation in this time, with 57% reporting that technology has been critical to their performance.  Companies that have invested in digital technologies, processes, and behaviours in the past two […]