Using images within Google primary SERP layout isn’t all that new by any means either, as sibling product integrations to universal SERPs over the last few years attest. For example Google Shopping shown here.

But it’s not just about relevant images shown in an ad. It’s more the fact they are attached to the ad unit and not part of universal results brought in from another market-place where the click will likely go to another channel.

There are a ton of verticals where this won’t necessarily be a logical format to adopt. But for pretty much any consumer proposition, the ability to add supporting relevant eye-candy will create a higher propensity to click in this ad position. And it’s easy to see why. 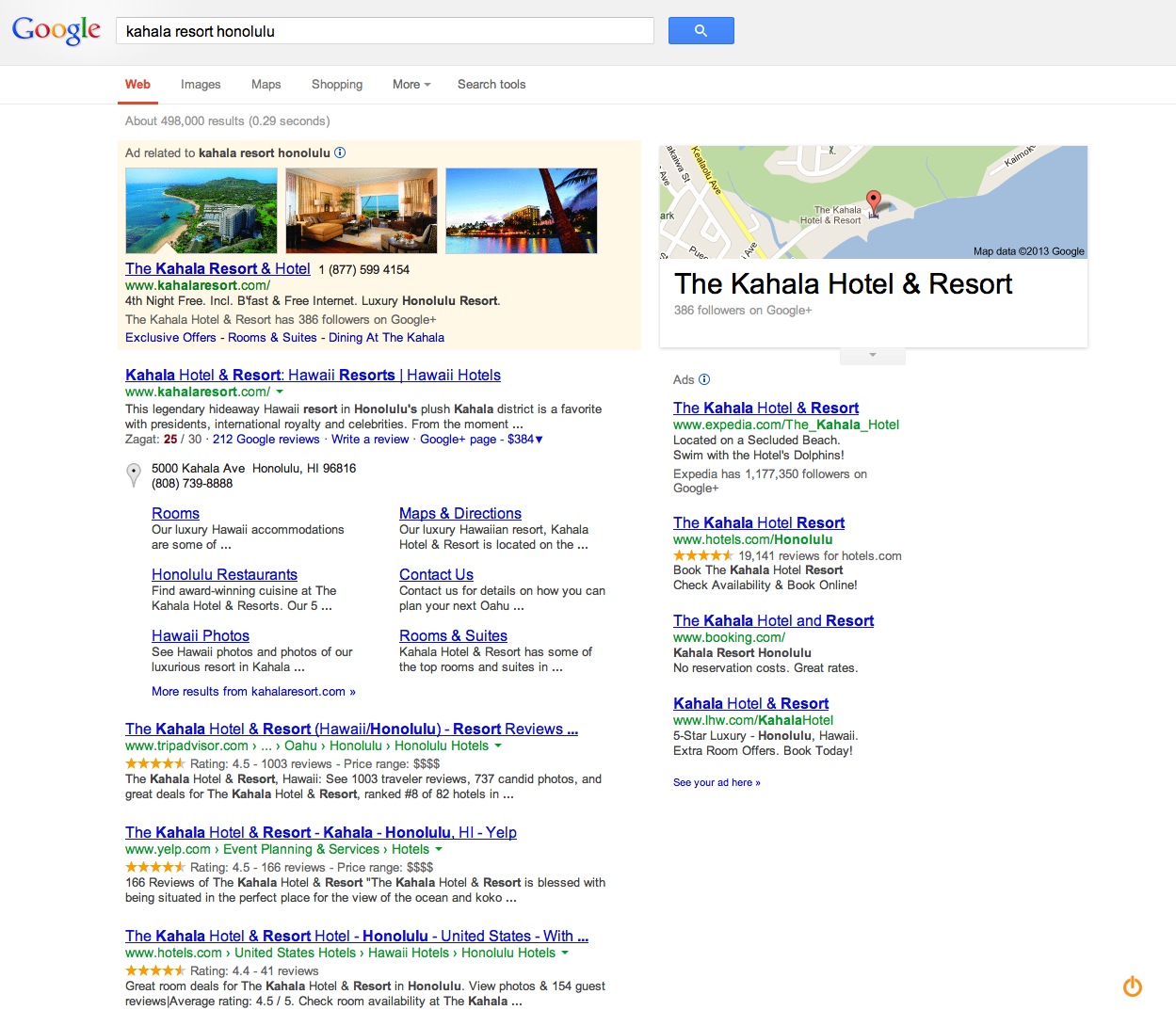 In the screen-shot above for a resort in Hawaii, the three images displayed immediately create a sense of whether the ad is worthy of a click due to visual relevance and enticement factors.

Without simply trying to tease someone into a click with relevant adcopy, I think this new format will help further pre-qualify the click. So, better quality of visitors, possible reduced bounce rates – who wouldn’t want that?

To sum up what is for now a short intro without any public stats to back anything up, adding a proprietary brand/product visual element that is relevant to ad messaging/search term and draws traffic directly, can only be a good thing, especially in a multi-screen world where tablet search is higher funnel and more visually driven for most verticals.

You could argue that this new ad format is much better than ad previews that have dissappeared. They required an action to become displayed, whereas supporting visuals front and center is obviously passive and much more effective.

Also you had no choice with visuals on that format – it was a capture of your landing page. And to those traditionalists who say this over complicates a SERP layout even more, not sure what to tell you.

Yes, it pushes down organics another 90 or so pixels. Yes, it is another move away the simplicity of the Google of 10 years ago. But it is what it is when you have shareholders.

As the web evolves, Google users expect richer and more diverse content. More than one in six searches on Google today provide results with visual content. Image extensions will show in some cases when we determine that a search is likely for visual content. For example, it is more likely that your image extensions will show for a query like luxury car designs than locations of nearby car dealerships. In recent years social customer service has endured crises and successes in equal measure. Here’s a quick evaluation of where we are today, with some pointers for the future.

For an increasing number of people, social media is the first place they turn when they experience a problem.

Fewer than 50% of companies are actively responding to these enquiries and many of those are using cost-cutting copy and paste tactics, which is exactly what call centres were criticised for.

We need to invest in finding ways of supporting customers more effectively on the channel of their choice and ensuring a consistent customer service experience across all service channels.

If you were to compare the most successful optimization programs side-by-side, odds are you’d notice a lot of similarities.

In my job, I speak with a lot of companies about their testing and targeting efforts and have gathered an extensive amount of feedback on the common ingredients that make optimization programs a success.

These companies succeed because they’ve established strong collaboration within the organization, have the right tools for the job, and have a well-designed communication infrastructure.

While none of these things are necessarily ‘secrets,’ companies must take the time to put a proper structure in place with cross-functional optimization expertise, business knowledge, IT, testing, brand communications, and marketing savvy to continually improve the customer experience through an efficient, collaborative workflow.