For further reading, check out the Internet Statistics Database.

A recent study by Ogury suggests that current marketing methods are putting off consumers. According to a survey of 287,571 mobile users across the UK, US, France, Germany, Italy, and Spain, 52% of consumers globally agree that intrusive or irrelevant marketing messages give them a poor opinion of the app or website that hosts them.

Nine out of 10 consumers still consider targeted mobile marketing to be categorically ‘annoying’. Within that dominant portion, 13% say marketing messages are indeed ‘useful’, but still consider them to be annoying.

When asked about consumers’ preferred marketing method, the survey found no dominant preference towards email or mobile ads, with both channels receiving exactly 41% of the total vote. Phone alerts, such as push notifications and texts, were the least popular method amongst respondents. Just 18% stated that they preferred receiving marketing messages this way. 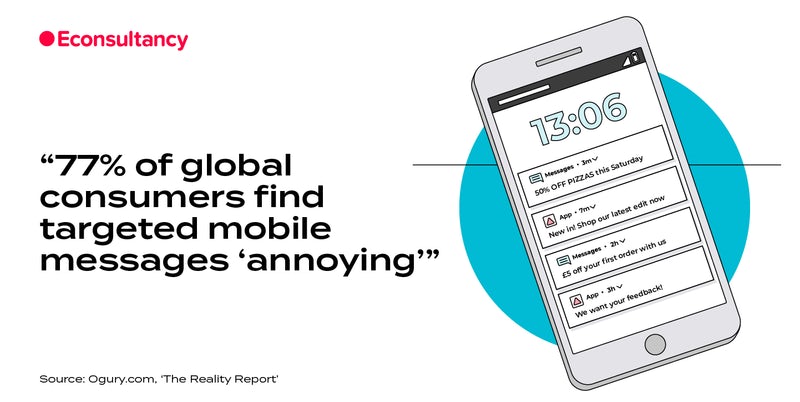 A global study has revealed that the majority of UK influencers have engaged in some form of fakery on Instagram. The study was undertaken by A Good Company and HypeAuditor, assessing 1.84 million Instagram accounts across 82 countries.

In the UK, specifically, 10 million Instagram accounts were exposed as fake, while 52% of accounts were found to have bought followers, comments, or used bots. 60% of respondents in a survey of 400 influencers admitted to partaking in this type of activity, and one in five said they intend to continue doing so.

The percentage of fake accounts rises to 49 million in the US, 27 million in Brazil, and 16 million in India. Overall, ‘Insta-fraud’ is estimated to cost marketers nearly $750m globally in wastage. 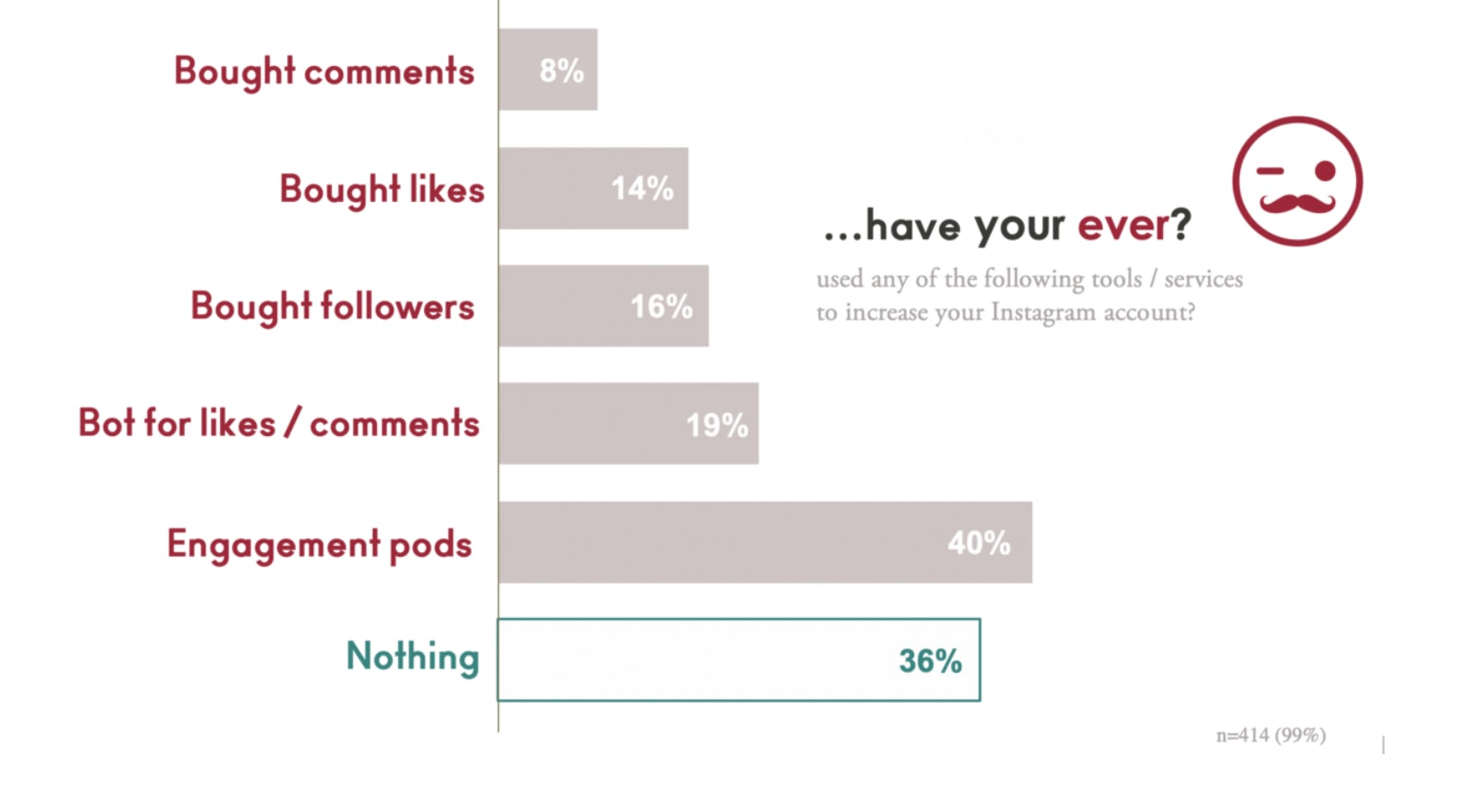 Consumers downloaded a record number of apps in Q2 2019, according to new data from App Annie, with more than 30.3 billion downloads (of new installs alone).

This means that consumer spend on apps hit nearly $22.6 billion in Q2, up 20% year over year. Google Play generated 22.5 billion, seeing a growth of 10% year-on-year, and leading iOS in downloads by 185%. Despite this, consumers spent 80% more on iOS compared to on Android. 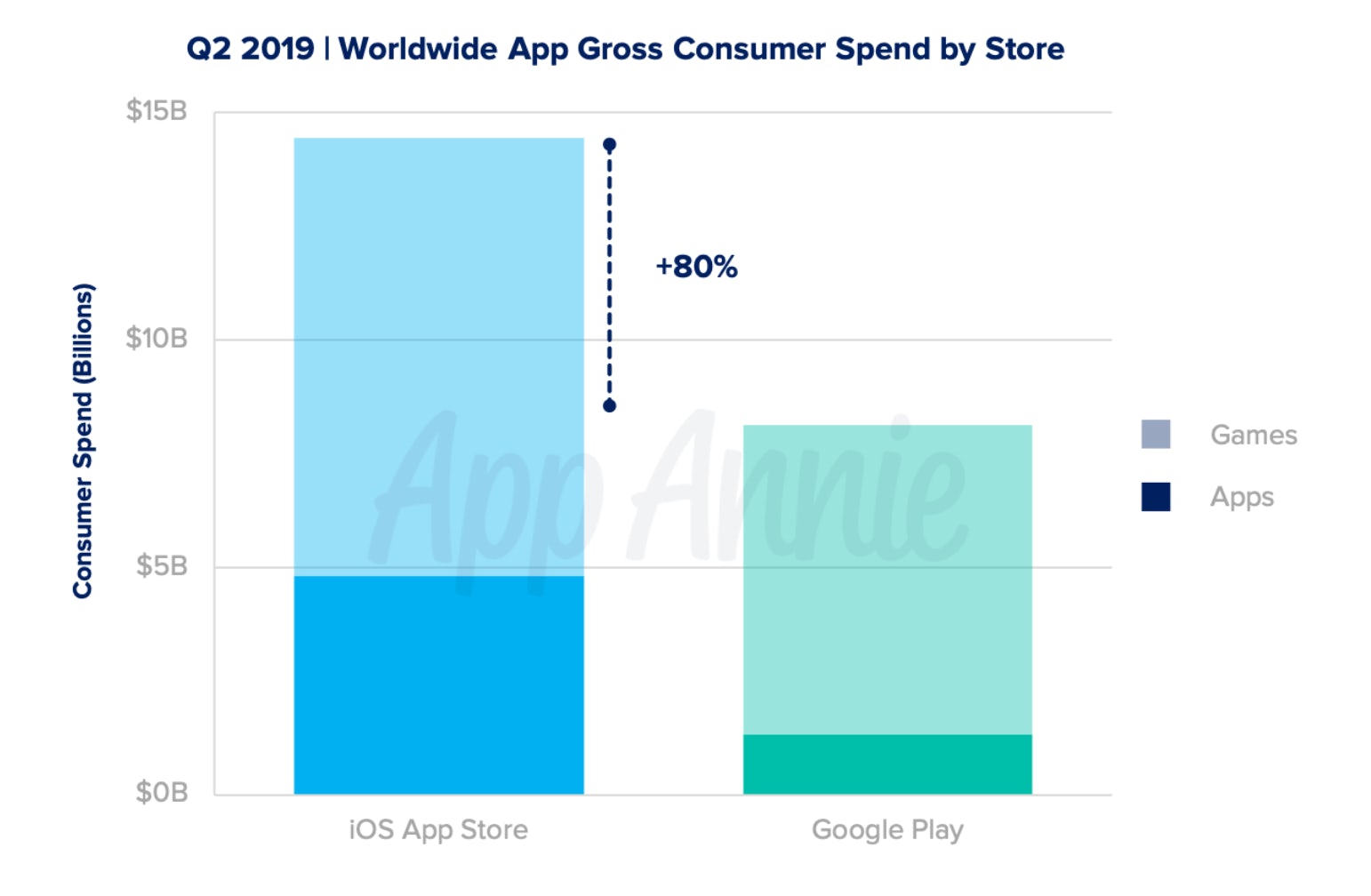 New research from Bazaarvoice has revealed that UK-based retail marketers and supply chain managers are investing just over £2 million per year on remanufacturing products.

This is largely to meet consumers demands for sustainability, as almost half of UK respondents express that greener materials within products would be a feasible solution to making businesses greener as a whole.

Remanufacturing products appears to be largely geared towards increasing the product lifecycle, as 75% of European retailers are investing in higher quality materials for this reason. Elsewhere, however, 88% of British respondents state their business has looked into recyclable packaging, but only 36% currently report they have successfully made the change.

Additionally, 55% of British businesses cite meeting consumer demands around environmentalism as a top challenge. 49% of French businesses say the same, where remanufacturing expenditure rises to nearly €3.5. Interestingly, this figure drops to €1.6m in Germany, where 46% of businesses list the quality of products as their greatest challenge.

Attitudes to online advertising vary across Europe, a new survey by Conversant has shown. According to the survey, 47% of Germans want more experiential advertising, compared to just 16% of the UK and USA, and just 11% of French consumers.

Consumers in Germany are also the least tolerant of ads as a means of providing free content, with just 30% admitting that they understand this trend, compared to 41% of the UK.

Despite these objections to advertising, both British and US consumers still have significant faith in ads, with 80% of both saying that more traditional forms of advertising still offer value. However, many consumers demanded change across the industry, with 48% of the UK believing that the advertising industry needs to change, as well as 40% of French consumers.

Walker Sands’ ‘Future of Retail 2019’ report – which is based on a survey of 1,600 US consumers – has revealed that consumers are now more comfortable than ever with spending big online.

Forty-six percent of survey respondents said they are more open to purchasing a big-ticket item like a car or a grill online than they were a year ago. This number rises to 51% for those aged 18 to 21, and 56% for people aged 26 to 35.

The report suggests that there is an increased comfort in the online purchasing of big-ticket items where research is easier, and purchases often arise from the recommendation of others. 33% of consumers report having browsed for furniture online in the past year, while 34% say the same for cars. 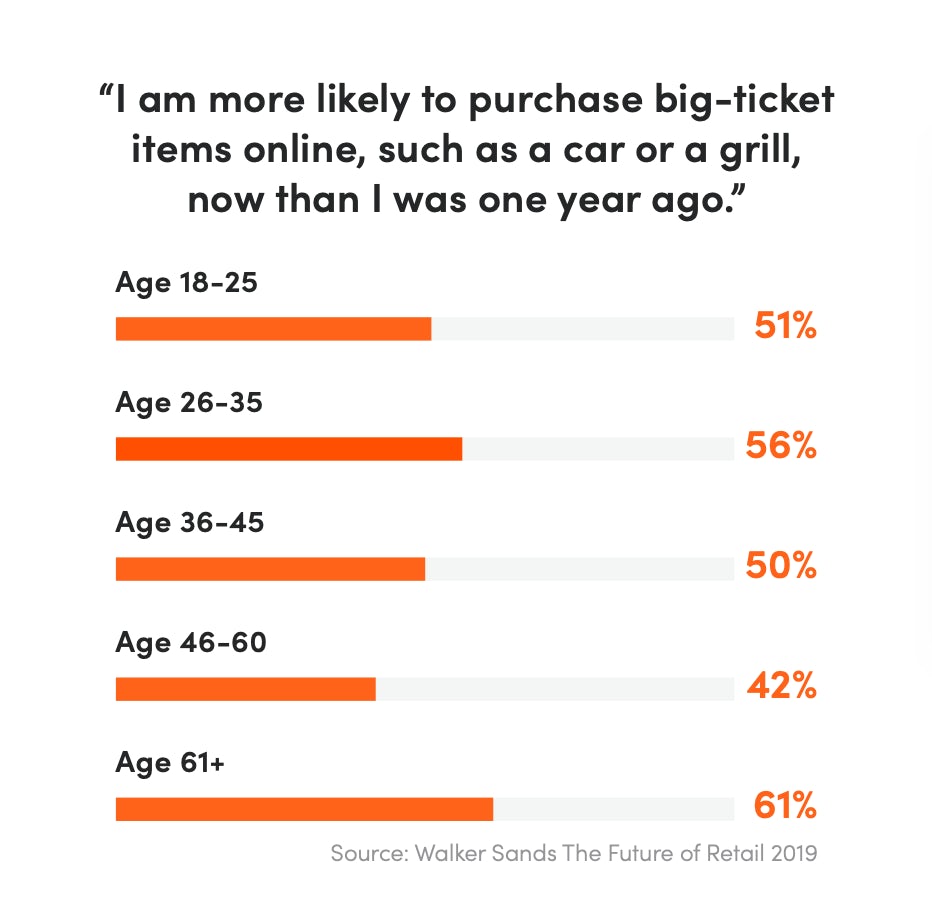 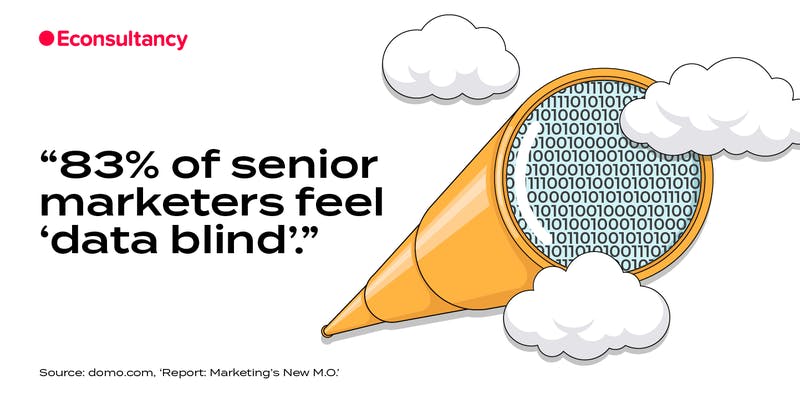 We’re getting down to business this week with a great roundup of stats.