So I think we can agree that I am completely justified in my use of ‘of all time’ as only minor rhetoric.

Anyway, on to the point of the post; it’s not all about Facebook of course, though B2C marketers are arguably extracting most ROI from this platform.

Looking at brands and networks previously featured on the Econsultancy blog, what are the best social media marketing campaigns of all time?

Here are my suggestions. Feel feel to praise my selection or to disagree completely.

187 videos were created for the Twitter campaign and brought in 11m views, and over 22,000 comments in three days.

In a debate that was raging back in 2010, many questioned whether such sharing would result in sales uplift.

However, despite an initial decline in sales of body wash, once the momentum from the advertising hit sales, numbers did increase significantly with numbers somewhere around 8% for year-on-year increase.

Taking such a popular TV ad on to social media and personalising it for some users was pretty new back in 2010. Although YouTube was well established in 2010, Twitter was still climbing, from 100m users at the start of the year to 190m in June 2010.

This campaign makes the list because it shows the reality of success on social is about engaging and, often, funny content that users are happy to consume. The campaign marked a departure for the brand and one that was ultimately successful.

In 2008, Obama’s team deserved credit for simply earmarking social media as a place that politicians, especially campaigning politicians, need to be.

By the time the 2012 election rolled around, of course, Obama would always be starting with an advantage across social networks, when compared with Mitt Romney.

It’s unsurprising that come 2012, a lot of sentiment, even for Obama, was negative on social media. A re-election campaign doesn’t have the same lustre, and by this time the bad side of politics had made it to social media, too.

Dan Weingrod looked at some of the parts of the 2012 social media election campaign to be admired.

The campaign technology team was in-house instead of outsourced. A custom technology platform was developed that could iterate and meet the needs of the campaign.

Effective use of data

Most importantly a culture of A/B testing discovered the best media platforms, headlines, images and even the best  minimum contribution level ($14) for emails.

On the infrastructure side OFA rolled out Dashboard, a tool which changed the way the team interacted with its volunteers.

Dashboard “socialized” the volunteer experience by using data to help volunteers focus on likely voters rather than lost causes.

Dashboard created more positive experiences for volunteers by driving more positive results. The result was a get-out-the-vote effort that surpassed all expectations. In 2012 Obama had a 57% share of voice over Romney and took part in a successful AMA (ask me anything) session on Reddit. Throughout 2011 and 2012, Obama had also engaged in occasional town hall meetings on Twitter, answering user questions.

GoPro’s video of the day

GoPro obviously has a particularly engaged customer base when it comes to content creation, as luckily enough that’s what the GoPro products are designed to do.

However, GoPro shares video extraordinarily well, with the following example perhaps the most famous. Good content gets shared and GoPro’s video of the day on Facebook has helped the page rack up over 7m likes.

On YouTube, the brand has close to 500m views. Quite incredible.

Oreo features here for its entire activity rather than one campaign, though its agile marketing during Super Bowl 2013 is certainly the pick of the bunch.

Oreo’s activity shows how simple yet effective that reactive or agile marketing can be when combined with social media. The sharing of Oreo’s content is impressive for a cookie that hasn’t changed for many years.

In a sector like FMCG, this level of sharing and earned media effectively saves Oreo some ATL budget and generates brand awareness with effective scale.

For the PS4 launch: For its Daily Twist campaign on the 100th anniversary of Oreo: 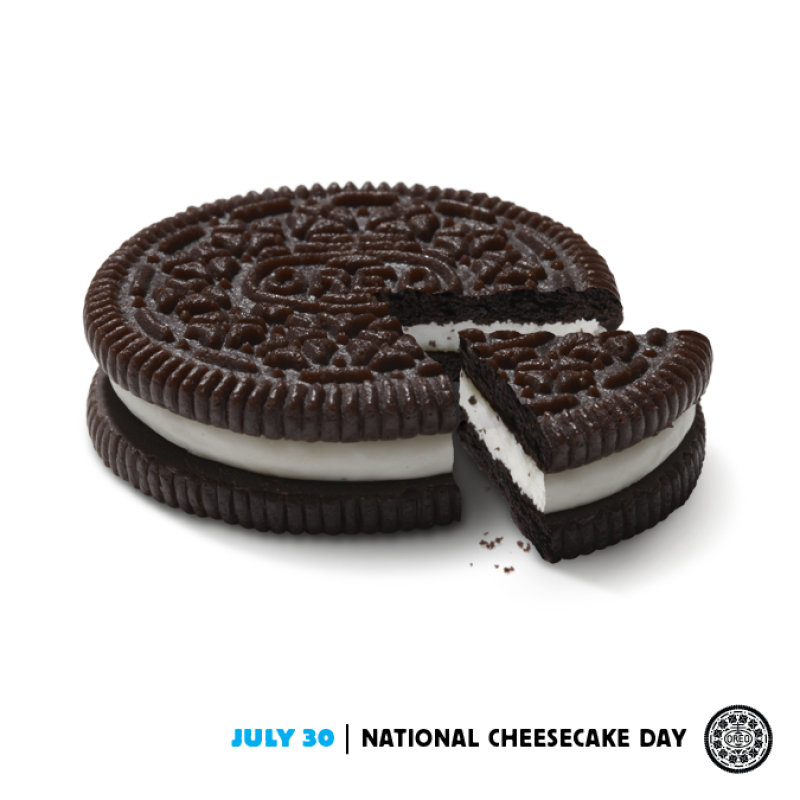 For the Super Bowl powercut:

In March 2014 Facebook users, but also Instagram and Twitter users, were taking selfies with no makeup on then nominating other people to do the same. This was intended to raise awareness of and money to fight cancer.

Whilst this didn’t start as a campaign for Cancer Research UK, its team was agile enough to react in real-time and jump on to the trend. The charity answered questions asked by many of the public and encouraged engagement through its own channels. However, in the main, this was an example of great reactive and common sense marketing.

See this post for more detail on how the social media team made the most of the phenomenal activity around the hashtag.

This campaign makes the list because it demonstrates (and made the most of) mobile and social media as newly integral to fundraising efforts.

The majority of the donations were given via mobile, by text message, and the content and imagery was mainly consumed on smartphones.

Cancer Research UK received donations of £8m in just a couple of weeks.

I’ve included this campaign precisely because it broke Facebook’s rules.

Ikea in the spirit of guerrilla marketing used picture tagging to run a competition designed to promote its new store in Malmo in Autumn 2009.

The campaign didn’t cost much, and technically contravened Facebook’s rule that businesses must use only apps within Facebook to run competitions and not organic posts.

12 pictures of the store’s showrooms were uploaded over a fortnight and users could win the products on show by being the first person to tag their name on it.

To me this campaign shows how if marketers understand the nature of social media, they can ‘jack’ it on lower budgets than traditional media. All it takes is a little creativity.

The discount on offer increased with the number of people who tweeted the hashtag #tweetandeat. This campaign might be fairly modest but I’ve included it because of its simplicity. Mass action will result in mass gain. Audiences will unite on social media if it’s for the good of the group, even if it’s only a free pot of vegetables.

The results of the campaign show that simply being prepared to give away something for free can be the only bold step a brand needs take.

18,000 tweets reached over 5m people. Awareness increased by a considerable 11% amongst the target audience.

Customer base effectively doubled, with 31% of Innocents audience having bought a veg pot, compared to 16% prior to the campaign.

Kern is included for demonstrating what an effect social signals and content sharing can have on search marketing.

Kern wanted to grow their reputation and revenue in the education and laboratory sectors.

The idea is explained in the following video. Earth’s gravity actually varies, so we weigh slightly more or less wherever you go. Kern wanted to send a gnome around the globe in a flight case with a set of its scale to test this hypothesis.

The hosts of the gnome in each city would add data to gnomeexperiment.com.

The gnome was photographed with many landmarks and even made it to the South Pole.

I know, I know. Another day, another update to Facebook business pages.

This one is a bit larger than most though, and may have some interesting effects on your content.

So let’s dig in to the new business page format before it rolls out to the entire network on June 19th.