Perhaps the biggest difference between tablets and smartphones when it comes to marketing is that people use them in different places. For the most part tablets are kept at home, or brought out only on long trips.

Smartphones, on the other hand, are taken everywhere and used constantly. Another important point is that tablets don’t make phone calls.

That fact makes people think about the two platforms differently. A phone is considered a necessity, while a tablet is much more a luxury or productivity device like a computer.

2. Lean in versus lean back

In many ways, smartphone users are more immersed in the use of the device than people using a tablet. Most people use tablets as content consumption devices rather than as the personal communication hub that is the smartphone.

When you craft your marketing plan, therefore, the type of marketing you do to each platform will be different because of the way people see and use the device.

3. Smartphones are personal, tablets may not be

When you target a smartphone, you are targeting an individual. Most people have their smartphones, and don’t share them with anyone else. The same can’t be said about tablets, which are sometimes shared amongst several people.

This will play a role when you are deciding how to target your marketing material. Targeting an individual is different than targeting a small group of people. It should also be pointed out here that almost everyone uses smartphones in the same way. First and foremost it is a phone, but it also has productivity apps, and glance worthy information.

The same can’t be said about the tablet, which can be used in many different ways. Some people use it as a content consumption device, while others use it as a laptop replacement.

In many ways, smartphones are easier targets for marketing strategies because they are carried everywhere, have constant Internet connections, and are used as communication devices.

The first thing that stands out here is that phones can receive SMS messages, which is one of the fastest growing marketing areas available to companies.

Tablets are not taken everywhere, are not the same type of communication device, and cannot receive SMS messages.

It is also harder to target individuals on a tablet because of the diverse ways in which they are used.

5. Users expect to be treated differently

The final way tablets and smartphones are different when it comes to marking it something that has been threaded through the last four examples. Smartphone users and tablet users are not the same. More than 60% of the US population has a smartphone.

That number is only expected to grow as feature phones become less and less popular. Tablets are also growing, but not necessarily in the same market, and definitely not as fast.

Users of each platform do different things on them because the screens are different sizes. Watching long video content or buying something online is much more suited towards a tablet than it is a smartphone.

People can spend hours and hours on their tablets. Smartphones are usually glance-and-put-away devices. They’re action oriented. You look at the screen, get the thing done you’re doing and move on.

On a tablet you do one thing and move on to the next thing on the tablet.

The point is, as a marketer you shouldn’t treat tablet and smartphone users as the same thing. Instead you should treat them as two distinct marketing opportunities. By doing that, your marketing will be more successful than if you treat them both the same.

Smartphones are quick information devices that aren’t used for productivity or content consumption. Instead they are used for communication and for short easy tasks that are easy to do on small screens.

Finding a way to distinguish between these users will help your marketing plan succeed.

I’ve never been one to submit to catchphrases. The business world and, by extension the marketing world, is full of them.

“Net-net, at the end of the day, we are living with a new normal of big data.”  Just typing these words gives me the shivers. But these phrases emerge, typically, around meaningful trends.

For the past three years the dialogue about content marketing has gone from a whisper to a roar. And the expression ‘content strategy’ is now popular discussion.

On many occasions I’ve heard pundits declare that ‘Content is King’. Most pundits have a vested interest so I understand the tendency toward hyperbole. But I want to make one thing clear. I disagree.

Content is not king. It is not a strategy. Content is a means to an end, a tactic. A very, very important tactic. But a business’s objective is not to create content but rather create enterprise value.

Content marketing adds to enterprise value by sustaining a measure of relevancy with people who engage with it in order to sell more products and services for the first time and over time.

Relevance is the goal.

The film isn’t out until February 2014, and yet Warner Bros. began the marketing push earlier this year with a great looking trailer and various teaser posters.

This shouldn’t be a surprise being as LEGO has a great online strategy and has shown previous form in building its own online customer community.

Recently though, the marketing push has begun through closer engagement on social network sites, clearly having learnt lessons from LEGO’s own social interaction via its CUUSOO site.

Let’s take a look at how Warner Bros. and their digital agency Substance are marketing LEGO’s biggest new construction yet using social media… 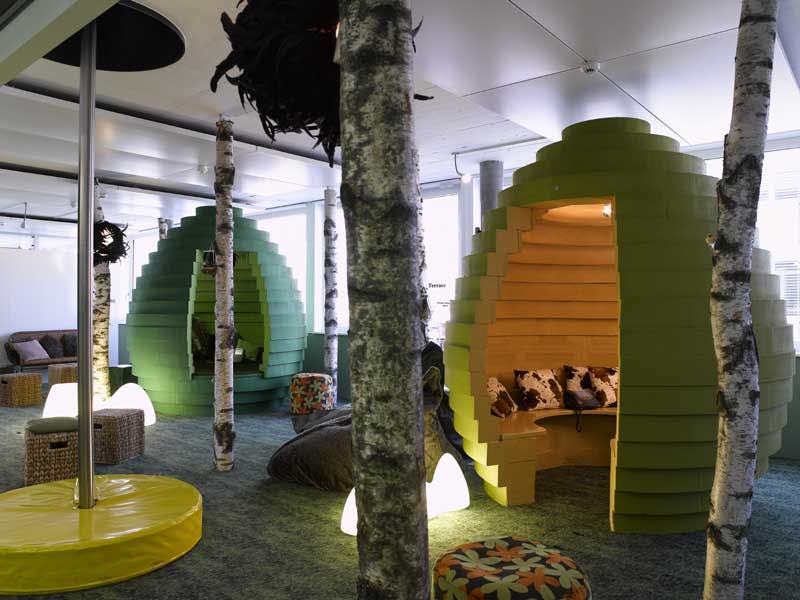 What is digital transformation? There is a lot of talk at the moment about this process, where an organisation overhauls its capabilities in order to reach digital enlightenment.

This is a large-scale change that typically takes years and cuts across strategies, people, processes and technology.

While there are internal elements to this, such as new social collaboration tools for employees and adopting more agile ways of working, much of the desired transformation relates to customer-facing activities, especially sales, customer service and marketing.

But what do we really mean when we talk about ‘digital’ anyway? What is a ‘digital organisation’? Clearly we have gone beyond using just ‘online’ or ‘internet’ because those words do not adequately encompass mobile or other channels and media that are increasingly digital.

But I think ‘digital’ actually stands for more even than this…