The current poster-child case study for agile marketing is Oreo. During the 34 minute blackout in the last Super Bowl the Oreo team managed to turn around a tweet, “You can still dunk in the dark”, that was retweeted more than 15,000 times within 14 hours.

What is interesting here is less the creative and more the fact that there were the marketing resources and processes (including, for example, sign off on any such ‘campaign’) to respond to something that was not planned and out of office hours.

You see this agility in evidence particularly at the nexus of marketing, PR and social media. In some cases this is to avert, or capitalise on, potentially damaging communications.

The following day Lynx’s agency team at TMW reacted with a spoof picture and tweet that seized the opportunity not only to diffuse a situation that might otherwise have become awkward but which also showcased the humorous and slightly irreverent nature of the brand itself.

Bodyform achieved something very similar in its creative and amusing “CEO” video response when Richard Neill posted on Bodyform’s Facebook page accusing the brand of lying about the true nature of periods through its advertising.

Richard’s critical post gained 20,000 Likes but Bodyform’s response, turned around within just four days, became the most viewed video in UK, and the most viewed entertainment content in the world, on 18th October last year.

On the PR/social side we’ve also seen a resurgence of ‘news-jacking’ or ‘meme-jacking’ as an agile way to piggyback popular and topical content or news.

Marketing Gangnam-style. The Harlem Shake, another ‘dance’ created originally by a man in Rucker Park, Harlem, in the 1980s has become a global internet sensation three decades later with various organisations picking it up in turn to create their own versions.

Whilst this marketing agility is not a new concept, the growth in ‘always on’ and ‘two-way’ digital channels is focusing marketing functions to decide how to address it and how to deliver on agility.

I described this in more depth in a previous article but it is marketing that is more rules-driven and automated in response to various stimuli; so it is not planned, but it is responsive, and, typically, machine-driven and executed.

10% of your marketing is purely responsive Oreo-style. For this you typically need people resource available.

To deliver on that 10% you still need the right systems and processes in place. For example, you need the correct alerting mechanisms, feeds and ‘listening’ configured across your channels, most obviously social media, to ensure you know when a response is required or opportunity has arisen.

You then need the right people and talent to respond. Adidas has recently set up a team dedicated to such response as part of its ‘moments of celebration and acknowledgement’ strategy. Numerous agencies have built such capabilities to offer to their clients in the last year or so.

Our Modern Marketing Manifesto not only talks about agility as a characteristic required of marketers today. It has Technology and Creative as two of its key constituents.

To deliver smart, and effective, agile marketing you absolutely need to apply both technology and creativity. 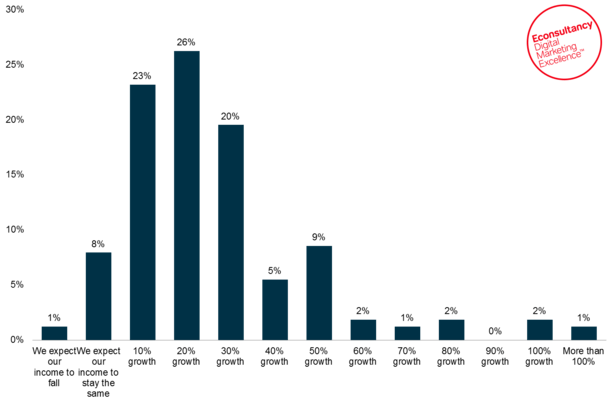 Last week Econsultancy published its Top 100 Digital Agencies Report, detailing the who’s who of those in the digital marketing industry.

While many of the names are similar, the emergence of new players indicates that the market is still undergoing continuous disruption as consumer behaviour changes and agencies race to keep ahead of technological change.

To explore some of these issues, we asked Sitecore CEO Michael Seifert for his opinion on the opportunities and challenges for agencies in the coming year. His answers are below…

There are two types of project failure. Failure due to inherent risk is OK: it’s the other side of the risk/reward trade-off.

Our real problem is all the unnecessary failure that surrounds our projects.