As things stand, brands are buying thousands of impressions on a cost per thousand basis and blithely accepting the reported click-through rate (CTR) as an accurate metric of ad performance and ROI.

It’s become accepted as the nature of the medium that the number of clicks achieved by a campaign is vastly lower than the number of impressions served.

Marketers often think that switching to a rival ad network is the answer, and effectively operate a revolving door of recruiting ad networks that promise performance, under deliver, and then are exited in favour of the next agency.

Any measure of an ad’s performance is entirely pointless unless it could be viewed by a person. A greater emphasis on making ads viewable to consumers is surely also a focus on the fundamental goal of brand advertising – to actually make an impression on consumers.

An ad which is served but not seen is pure waste – and brands should expect more from their marketing activity. They should insist on metrics which show the number of ads that have actually been viewed by consumers.

Viewability needs to be the starting point for campaign assessment – clicks, engagement, interaction rates and all other metrics can only be properly considered once it’s understood how many people saw the ads.

However, the issue is exacerbated by the implicitly low expectations of ad viewability by current industry standards. The “viewable ad metric” used for the comScore research – taken from the Making Measurement Make Sense (3MS) initiative – is that half an ad’s pixels must be in view for at least a second.

The 3MS initiative might have commendable aims, but this definition is hardly a measure of ad success. It means that of the 46 per cent of ads which were ‘seen’ by consumers in the comScore study, many may have only displayed half the creative to consumers and for only a single second.

The industry focus has to be on deploying ads designed to be viewable in their entirety. After all – marketers don’t spend their time, ingenuity and budget developing ads so only half an ad creative can be seen.

Marketers pay for consumers to see their full ad creative and all of the ads that they’ve paid for.

Brands and ad suppliers must be willing to shoot for the goal of greater viewability, otherwise they’re just accepting that their ads will never reach their potential. A radical shift in approach is needed in terms of a campaign’s objectives, format, and placement.

There are five key things brands need to do:

Marketers should start asking for viewability statistics from online ad suppliers, for measures on the number of ads that were viewable, and the average percentage of the creative that was viewable to the consumer.

The IAB’s current definition of a viewable ad – half an ad being seen for one second – is a pretty low base to start from, and marketing managers should be looking to far exceed such minimum standards.

Consumers are more likely to view, interact and engage with the entire creative of a digital ad when they can do so on their own terms. Choosing ad formats that only launch on each consumer’s action places added guarantees that ads served are viewed.

Any ad format that can only be displayed around content is already at a viewability disadvantage as such formats rely on their ability to distract the consumer from what they’re focusing on – the content. To ensure that ads get viewed marketers need to reach consumers with formats that are placed natively with content, not around it.

Crucial to any campaign of course – but imperative to maximising viewability – is how compelling the creative is. Whilst re-purposing creative originally devised for offline channels can still be compelling enough to attain high viewability levels, mobile and desktop mediums have particular creative needs to attain optimum viewability.

Consumers are much more likely to view an online ad in its entirety when it’s more than just an ad to them. Ads should deliver an online ad experience that actually enhances the content by being relevant to the editorial, entertaining and useful to consumers.

comScore has confirmed the long-held, nagging suspicion of marketers that not enough people are seeing their ads, but the scale of the viewability problem is still vastly under played.

Phone your digital ad account manager now, and ask them how many ads are viewable. 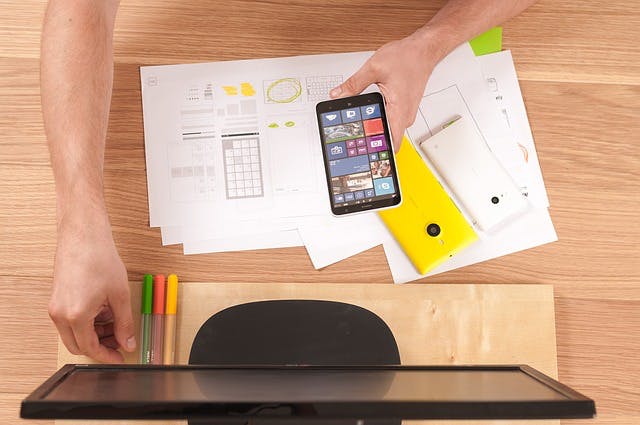 Almost half of Australian companies rate the user experience (UX) on their digital properties as just ‘ok’, and 16% rate it as ‘poor’ or ‘very poor’.

These findings come from a new report by Econsultancy and Macquarie Telecom which sheds light on the challenges organisations are facing in this area.

With temperatures rising and summertime in full swing, it’s hard to think about the upcoming winter holidays. Christmas comes early for marketers, however, and identifying a strategy now for what is the most impactful shopping season of the year can be the difference between success and disappointment.

Clearly, the holidays are a huge opportunity for brands to increase sales, but if you don’t plan accordingly, the holiday quarter can make or break a successful year.