He believes that the London digital business environment is more innovative, creative and even more entrepreneurial than the US.

I see my company as a disruptor to the disruptors and I see many more London based companies being launched in this vein in the coming years.

London has always thrived creatively. As new technology and advertising platforms develop, often from the US, it is London that will lead the way in what brand advertisers do with these platforms creatively.

The best web engineers in the world might not be British, but the best ad-men and creatives often are. Note Sir Jonathan (Jony) Ive, of Apple design fame and Sir Martin Sorrell CEO of WPP.

Native advertising: London will be the creative hub

London looks likely to become the creative heart of native advertising. In the UK, as with many digital trends, we are following the lead of the US. There, it has been big news for at least 18 months already.

Brands and publishers are embracing the format and more and more innovations around Native are coming to the fore. But that doesn’t mean we can’t take the lead in the UK.

There are, as I’ve set out in a previous Econsultancy post, characteristics that all native ads should have. But we are very much in the early days of what can be done in terms of creativity.

While some publishers and advertisers see native as essentially old-style advertorials reborn (and many native ads are in this vein currently), the interactive, gamification element has yet to be fully appreciated.

This is where London and the UK creative environment will excel. We are world leaders in creative marketing and native offers an opportunity for creatives constrained by some of the more traditional digital ad formats to shine.

Our TV advertising is among the best in the world. Native allows all of these elements and more to combine. And I predict that the creative innovation will come from London, not tech-obsessed Silicon Valley.

Not convinced? Here’s a few more reasons why London will lead in native.

Digital advertising is becoming more creative than it once was. The last 15 years have seen the tech, analytical approach to online marketing win out.

Now we are getting to grips with the technology it’s time for the creatives to come to the fore. We have the tools and the data know-how in place; now it’s time for innovation.

Creativity is what we do best in London and the UK. It’s one of our biggest industries and among our biggest export. According to stats from the Department for Culture, Media and Sport (December 2011), 1.5m people are employed in the creative industries or in creative roles in other industries in the UK.

So when it comes to coming up with creative ideas that can really power your native advertising campaigns, British agencies are always likely to be at the top of the table, innovative and full of ideas.

The UK digital industry is one of the most competitive in the world. UK consumers are sophisticated, and hard sales advertising techniques tend to irritate a customer base rather than win new ones.

Native advertising works best when it is taking a ‘soft sell’ approach; the ideal is great content that your customers want to consume, whether it is an ad or not.

Our TV advertising campaigns adopt this technique constantly – and are rightly revered around the world for it. Native campaigns will do the same.

Love them or loathe them, you cannot ignore the fact that for pure entertainment value British tabloid newspaper headlines lead the way.

We are, as a nation, receptive to and easily amused by the creative use of language when it comes to newspaper headlines. How many times have you laughed at a catchy newspaper headline and then read the article or bought the newspaper because of it?

These are very British skillsets and elements of our headline grabbing expertise will transfer into branded content campaigns in the future.

We are used to doing more with less

We all know the phrase ‘necessity is the mother of invention’. Nothing could be truer when it comes to the UK creative and marketing industries. In the US, marketing budgets are bigger. We all know that. Money is easier to come by.

In the UK, we are used to doing more with less. We are used to being creative. It’s how we deliver results and ROI for our customers.

The challenge for UK marketers is sometimes harder, the resources we have to call upon for success fewer. Perhaps this is where the UK’s creative edge really comes from?

For success in the UK digital business space businesses have to put in continual effort, look to innovate constantly and also look to capitalise on any competition’s weaknesses.

In the digital sphere where change is a constant you need to be able to ‘disrupt the disruptors’.

We do all of these things in the UK already. In fact I would hazard a guess that we are among the best in the world at it. Which, when combined with our creative heritage is why I think London is best placed to lead the world in native advertising innovation in the years to come. 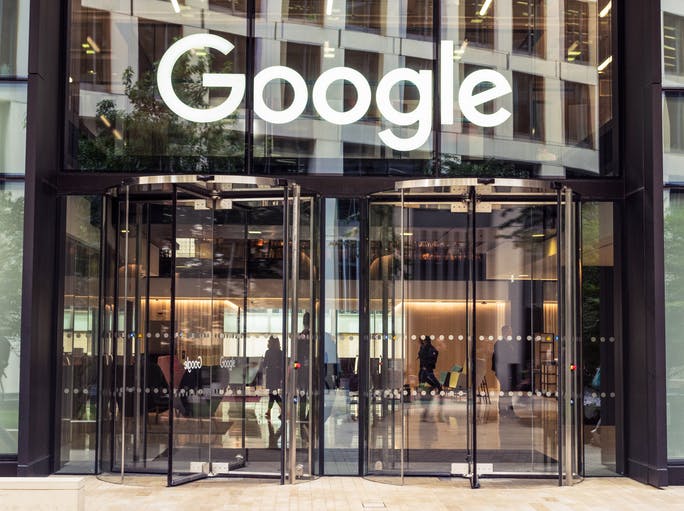