Don’t forget to check out the Internet Statistics Database as always.

According to reports, shoppers purchased  810,000 eggs, 1.4 million tons of rice, and 76 tons of liquid detergent via the Tmall Genie smart speaker.

Overall, the day generated a record $38 billion in gross merchandise volume, which is also a 26% increase year-over-year. In 2018, the event generated $31 billion in sales.

Getting to Grips with Voice Search

TVSquared has released its 2019 TV ad performance insights report for UK brands, revealing the highest and lowest-performing TV buy elements for the year so far.

Among the key findings, Saturday delivered the most effective response rate at 66% above average, followed closely by Sunday at 56% above average. Response rate is a measurement that determines the percentage of people who respond to a certain call-to-action such as to visit a website.

Meanwhile, early morning was the strongest performing part of the day, with a response rate of 380% above average and a cost-per-response of 37% below average. The study also found that 10 and 20 second spot lengths drove the most response with audiences, and were also the most efficient, with CPR rates of 35% and 30% below average respectively.

Finally, the top performing programme genre was Foreign Language, with a response rate of 377% above average. Music, Fine Arts and Children’s programming were also strong performers. 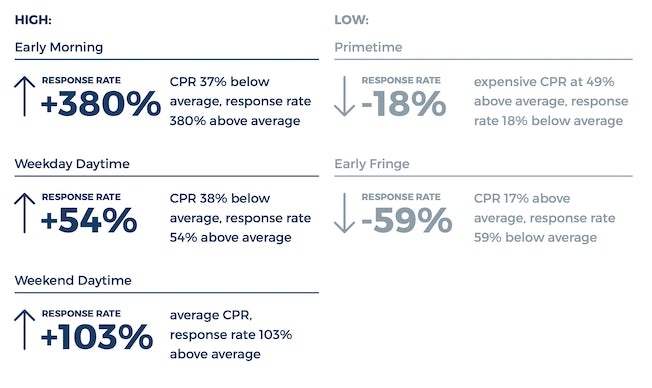 The ‘Connecting the Dots‘ report by GlobalWebIndex has revealed that nostalgia is playing an increasing role in content, alongside personalisation and consumer choice.

In a survey, almost 40% of UK and US consumers said they would pay more for a content streaming service if it had exclusive and older content next year. In contrast to this, Gen Z largely want content they didn’t directly experience in the past. This is highlighted by the fact that this demographic became the biggest users of Pokemon Go, despite not playing the game when it first launched.

GlobalWebIndex also notes how brands like Disney have mastered nostalgia marketing, reaping the rewards in both sales and brand loyalty. The Disney+ service has launched with an almost century-spanning content library. 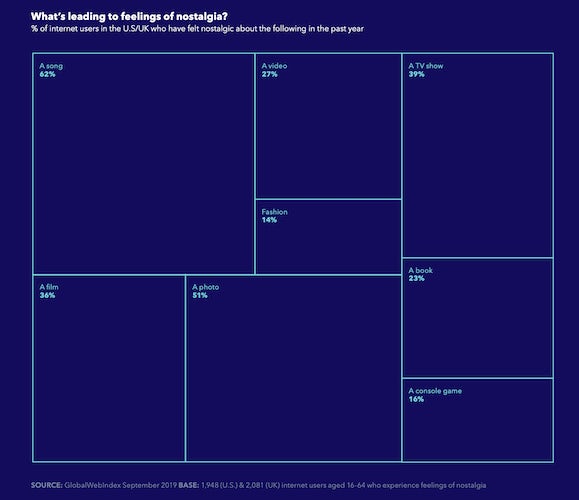 72% of marketers concerned about difficulties in data exchange following Brexit

Research from the DMA has found that almost half of respondents to its ‘Data Privacy’ report indicated positive impressions about the impact GDPR has had on their business. Now, however, it seems concern has shifted to Brexit.

The DMA found that 78% of marketers wish the UK to retain access to the ‘Digital single market’ after Brexit, down from 89% in September 2018’s study. Moreover, 72% of marketers seem to be concerned about the financial impact of any difficulties in exchanging data between the UK and the EU Post-Brexit. This is up from 51% last year.

Finally, almost 60% of marketers feel that the best data protection policy for the UK in the future will be stricter than the current GDPR. 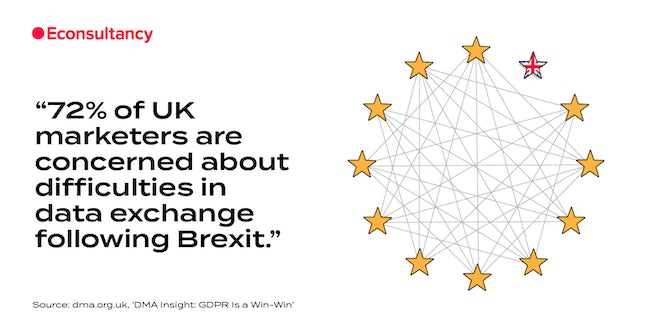 A new report by Sinch – based on a study of over 2,000 consumers – has highlighted the huge engagement opportunities afforded by mobile messaging.

The report states that consumers are 35x more likely  to open mobile messages than emails. 40% of consumers admit that they have at least 50 unread emails in their inbox —  nearly 1 in 10 admit to over 1,000 – but only 4% say they have 50 or more unread mobile messages.

In line with this, Sinch also compares what consumers are currently able to do with what they would like to do. For example, 70% of banking customers say they would find a mobile alert about possible fraudulent activity related to their accounts “very useful,” but only 35% currently receive these. Similarly, consumers find getting a message about changes in travel reservations useful, but just 40% of those surveyed receive these messages. 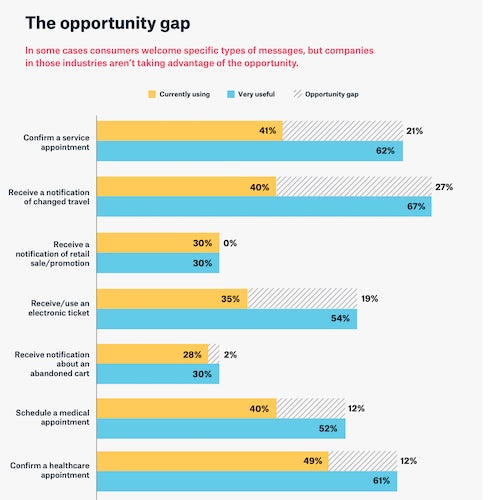 Mention Me has released its third annual report on Black Friday shopping trends, compiled based on the responses of 2,000 British consumers.

Among the biggest findings is that 39% of respondents don’t plan to shop during this year’s Black Friday sales. This is compared to 53% in 2018 and 63% in 2017, which does show that the event is gaining some traction in the UK.

Elsewhere, 30% of 25 to 34 year olds say they buy from brands on Black Friday based on their discount. While this means retailers can sway shoppers with generous discounts, it highlights that new customers are likely to be one-off bargain hunters rather than long-term loyal customers.

It’s important to note, however, that this discount-led approach doesn’t apply to all age groups. 23% of consumers who shop during Black Friday do so only with brands they feel loyal to (up from 12% in 2018 and 11% in 2017). Gen Z are particularly focused on this, accounting for 33% of 18 to 24 year olds. This is also compared to 20% across all other age groups, which highlights a shift from older generations’ focus on shopping at the brands who offer the biggest savings.

Email marketing has long reigned as the leading marketing channel for reaching customers across industries, and recent research indicates it will continue to do so.